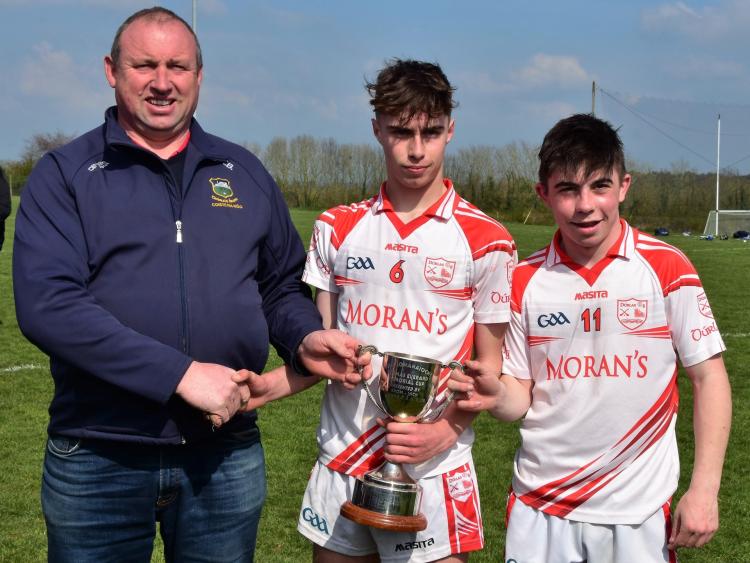 Durlas Óg collected the club's third County Féile na nGael Under-14A Hurling Championship title in-a-row on Saturday afternoon in Clonoulty. And, while some spectators may have left early with ten points between the teams Nenagh Éire Óg fought back and may well have won it when a last ditch free was dropped into the goalmouth.

On the whole Durlas Óg had the upperhand and in Daniel Rossiter they had a match winner. Plenty of ammunition was sent his way and Evan Callanan his main supplier. Daniel hit the vital opening scores of either half. His partnership with Joe Cornally was also key setting up two of Joe's three points. All of that contributed to a ten-point lead mid-way through second half for Durlas Óg.

Then the game got a real shot in the arm when Nenagh hit 2-2 during the final quarter even though Durlas Óg enjoyed a numerical advantage following a sending off for an off-the-ball incident with six minutes to play.

There were audible gasps as a Nenagh long-range free was lined up with time just up, but Durlas Óg captain Kieran Purcell won the ball and drove out.

Evan Callanan assisted Daniel Rossiter for a point which rocked Nenagh and then Daniel hit two more points to put seven between them. Then a good team move saw Michael McCormack fire home a goal.

Jack McLoughlin sparked Nenagh hopes with a goal and two minutes later he pointed a free. A quick free set up Filip McIntyre up for a point before Josh Mcloughlin's goal gave Nenagh Éire Óg hope of a miraculous win, but Durlas Óg held on. 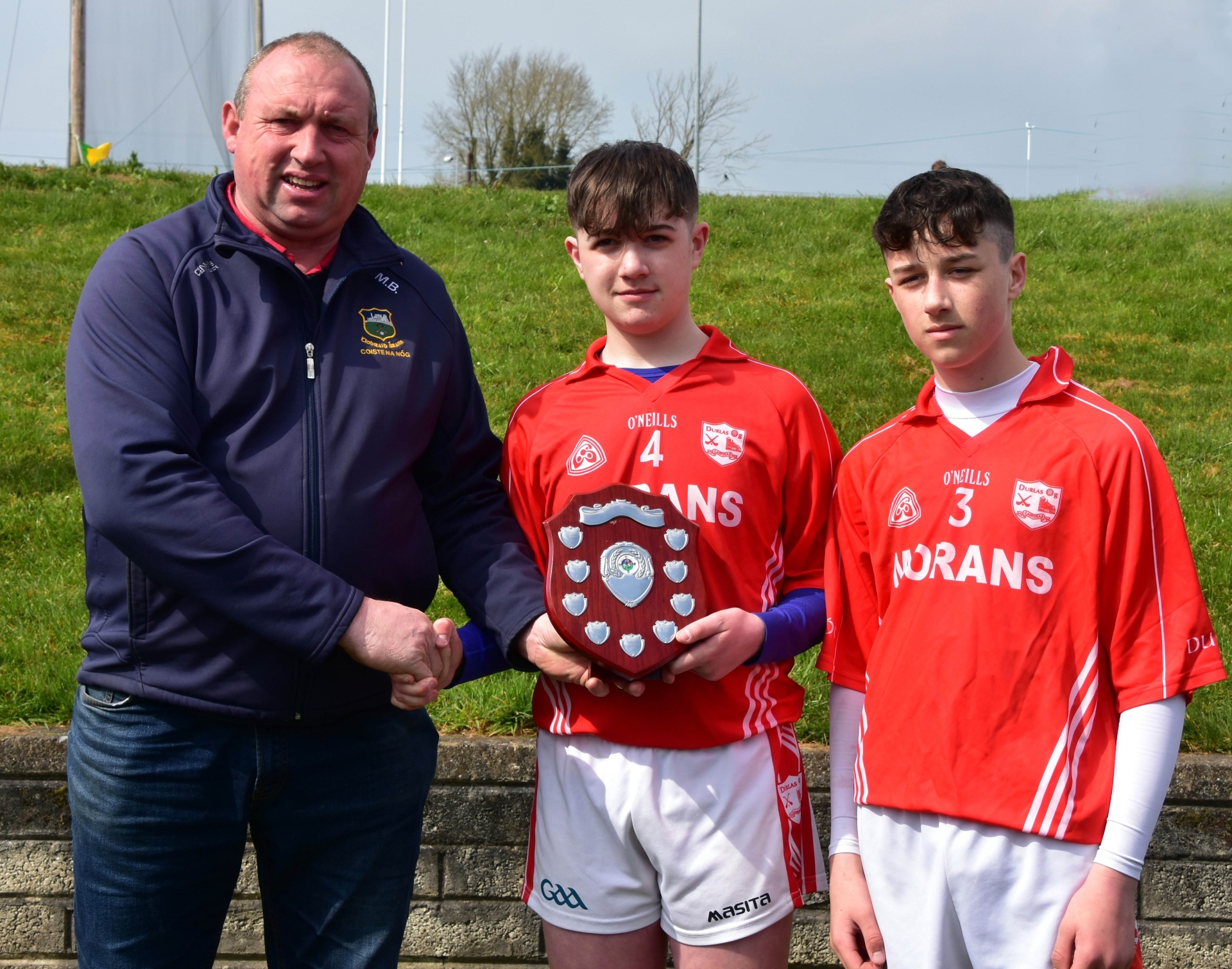 Durlas Óg hit a glut of goals either side of the half-time whistle to easily overcome the Portroe challenge.

During the opening quarter the two number sixs had a big influence on the game - Portroe's Jack O'Callaghan had the better of the early exchanges, but he was well marshallled by Sean Treacy from then on. Stephen O'Meara was the busier goalkeeper and if he hadnt held his nerve momentum may have been lost to his opponents.

At the other end Cillian Minogue was head and shoulders above any forward. He scored the game's first point and would end up with a final tally of 4-4. Durlas Óg's number six Ronan O'Brien provided the lions share of Cillian's oppurtunites - his fielding was central to dominanting the game. Durlas Ógs joint-captains Dylan Skehan and Daniel Mockler settled well. Portroe did have a few shining lights like Cillian Lewis, Shane Flynn and Cody Morkan. However in Dylan Gamble they have a real fearless hurler. Dylan stood up to every shot and made numerous saves.

Cillian Minogue hit the game's first point, but three minutes later Portroe held the lead. A Jack O'Loughlin free was followed by a Shane Flynn point. The Durlas Óg goal lived a charmed life - two points at the other end papered over that fact. Then Durlas Óg's luck ran out as Shane Flynn sent a high ball in and the ball ended up in goal. The reply to this was swift as Durlas Óg hit three goals.

John Broderick hit the first and the second while Cillian Minogue hit the third and then the fourth - at half-time Durlas Óg led 4-4 to 1-4.

Hopes of a comeback didn't last long as Durlas Óg hit the first four scores of the second half three of which were goals. Cillian Minogue acounted for two while John Broderick hit his third. Fionn Fogarty hit Durlas Óg's final which was the Thurles side's eighth.