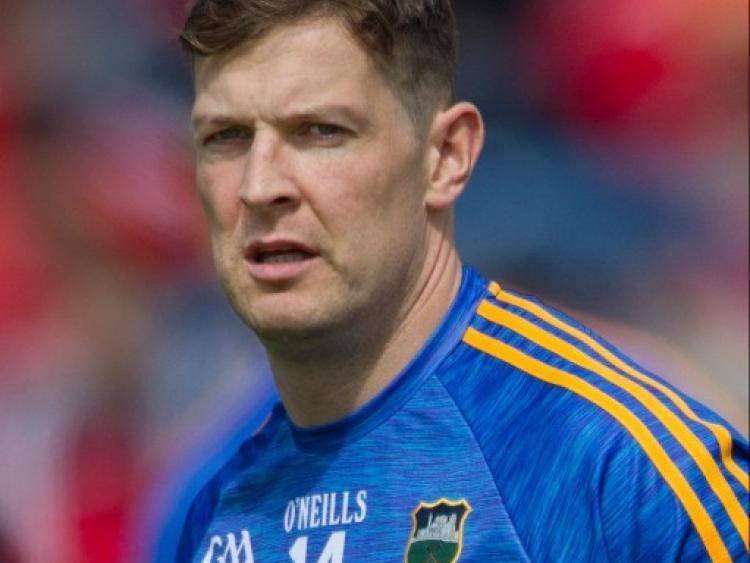 Tipperary secured their first win in the Munster Senior Hurling Championship since beating Waterford in the final three years ago when they had seven points to spare over Cork in the opening game of the round robin series at a sunny Pairc Ui Chaoimh today.
Their first win in the province in six attempts, and a first championship win of any description since beating Clare at the same venue two years ago was achieved with scoring contributions from 11 players.
Tipp scored all but four points from play in a performance that will have been a source of much satisfaction to manager Liam Sheedy ahead of next Sunday's game against Waterford at Semple Stadium.
Some sterling work at the beginning of either half set Tipp on the road to victory in a game witnessed by an attendance of 30, 274. They were a point ahead at the break and hit the ground running at the beginning of the second half with points from John O'Dwyer and Jason Forde, before Pat Horgan replied with a Cork point.
Tipp remained in the ascendancy with a Niall O'Meara point and when Patrick 'Bonner' Maher found the target in the 43rd minute they were ahead by four points, with all of their forwards having scored.
Cork took closer order with points from Pat Horgan and Shane Kingston, with Brendan Maher and Jason Forde replying for the visitors.
A Jason Forde free pushed Tipp further in front and when John McGrath found the net for their second goal in the 50th minute they were eight points clear, and always looking the likely winners.
A Seamus Harnedy goal with five minutes of normal time remaining reduced the deficit to four points. However Tipp held their nerve and composure in the closing stages and closed out a deserved victory with late points from Noel McGrath's '65, Seamus Callanan and John O'Dwyer.
Some outstanding individual performances underpinned the collective endeavour. Seamus Callanan, John 'Bubbles' O'Dwyer, John McGrath and Niall O'Meara were the main men in attack, although O'Meara retired with what appeared to be a hamstring injury with ten minutes remaining.
Noel McGrath orchestrated much of the play from midfield while Brendan Maher, Cathal Barrett and Ronan Maher were on top in defence.
In a closely contested opening half, Cork may have taken the lead with a Seamus Harnedy point in the second minute but by the time the quarter of an hour mark had been reached Tipp were ahead by four points (1-6 to 0-5).
A minute after Harnedy had opened the scoring, Tipp's Niall O'Meara sent Seamus Callanan scampering clear and he buried a low shot in the net to strike the first significant blow of the contest.
With Noel McGrath impressively pulling the strings in midfield, the movement of the Tipp forwards had the Cork defence at sixes and sevens in the early stages and they added to their lead with points from Jason Forde's free, John O'Dwyer, John McGrath (0-2) and Noel McGrath (0-2).
Cork were grateful for four frees from Pat Horgan that kept them in touch in the opening quarter, although by the 17th minute Tipp were six ahead (1-8 to 0-5) after two points from Seamus Callanan.
However Cork finally gained a foothold in the game and six unanswered points had them back on level terms by the 24th minute.
Tipp had a great chance for a second goal when Niall O'Meara was bundled over by Cork's Niall O'Leary but Jason Forde's penalty was saved by Anthony Nash.
Growing in confidence, another Pat Horgan free put Cork ahead for the first time since the second minute but Tipp regained their lead with a strong finish to the half, further points from John O'Dwyer, Michael Breen, a Jason Forde free, Padraic Maher and Seamus Callanan giving them the edge at half time, 1-13 to 0-15.
Tipperary - Brian Hogan, Cathal Barrett, James Barry, Sean O'Brien, Brendan Maher (0-2), Ronan Maher (0-1), Padraic Maher (0-1), Noel McGrath (0-4, 1'65), Michael Breen (0-1), Niall O'Meara (0-1), Seamus Callanan (captain, 1-4), Patrick Maher (0-1), John O'Dwyer (0-7), Jason Forde (0-5, 3 frees) and John McGrath (1-1).
Substitutes - Dan McCormack for Michael Breen (49 minutes), Jake Morris for Jason Forde (55 minutes), Willie Connors for Niall O'Meara (63 minutes), Mark Kehoe for Patrick Maher (66 minutes) and Cian Darcy for Noel McGrath (70 minutes).
Cork - Anthony Nash, Sean O'Donoghue, Eoin Cadogan, Niall O'Leary, Christopher Joyce, Tim O'Mahony (0-1), Mark Coleman, Darragh Fitzgibbon, Robbie O'Flynn (0-1), Daniel Kearney, Seamus Harnedy (captain, 1-2), Luke Meade, Conor Lehane (0-3), Pat Horgan (0-14, 10 frees) and Shane Kingston (0-3).
Substitutes - Damien Cahalane for Christopher Joyce (45 minutes), Aidan Walsh for Robbie O'Flynn (60 minutes), Declan Dalton for Daniel Kearney (65 minutes) and Jack O'Connor for Shane Kingston (70 minutes).
Referee - Sean Cleere (Kilkenny).