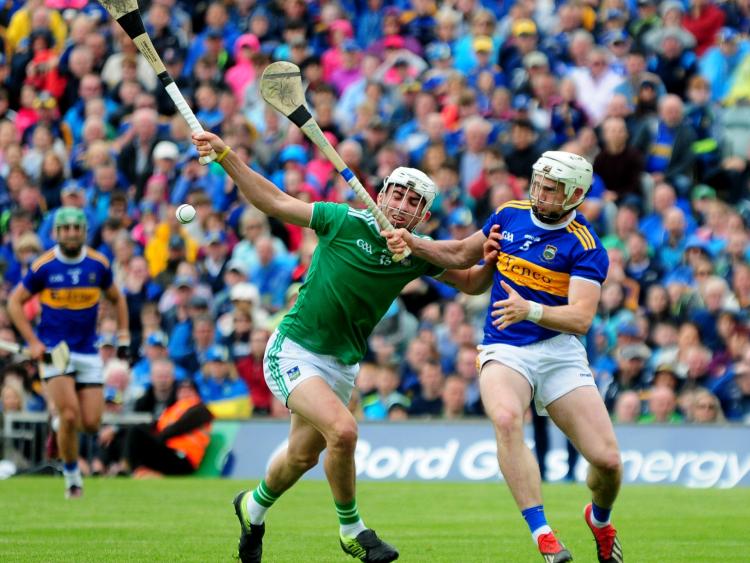 The descriptions of the Tipperary performance in Sunday's Munster Senior Hurling Championship final were less than generous - the Premier County lost by twelve points (2-14 to 2-26) against the All-Ireland champions with one scribe suggesting that Liam Sheedy's men were “pulverised” while Nicky English was much more positive in the Irish Times when suggesting that “the real hurling starts now”.

We had a game, and a live one, for three quarters of an hour. But then? If we imagined John McGrath's 44th-minute goal might blow a few fuses in Limerick heads, levelling as it did a contest they'd been dominating territorially, their response proved utterly, utterly ruthless. They didn't simply win the remainder 1-13 to 0-4, they physically dominated Tipp in such a way that Liam Sheedy may be torn this week between conducting a video review or an autopsy.
Vincent Hogan (Irish Independent)

For Tipperary and Kilkenny, the only consolation is that the real hurling starts now. If the wounds can be bandaged and any degree of healing take place before the quarter-finals, they can revive themselves because it’s all to play for.
Nicky English (Irish Times)

Tipperary looked tired and leggy but that probably had as much to do with Limerick’s ferocity, and how much Tipp struggled to stay alive in that vortex. Limerick’s workrate was on a different level to what they produced against Tipp two weeks ago but there was a six-player swing too from that game, with four of Limerick’s top performers returning, and Tipp having lost ‘Bonner’ Maher and Cathal Barrett.
Anthony Daly (Irish Examiner)

They pulverised Tipperary in a manner that no one could have envisaged beforehand. How could Tipp look such an old and tired team after one blistering afternoon of hurling from the home side? Their manager Liam Sheedy referenced a lack of energy and fight afterwards, reflecting on the "green wave" that his players faced, especially in the last quarter. But if there was a lack of energy it was down to Limerick's relentless approach sapping it out of them. Everywhere a blue and gold shirt turned they were met with that green wave hunting and harassing them.
Colm Keys (Irish Independent)

June closed with an imperious statement of intent from the young All-Ireland champions. It’s not often that Tipperary are humbled on Munster showpiece days but this final was nothing like as close as the scoreboard suggested. Limerick are living their dream days, storming to a first ever Munster championship on home soil and their 20th in all through the dusty history of this competition.
Keith Duggan (Irish Times)

This was a serious statement from Limerick, so much so that you’d wonder can anyone stop them now? Plenty of teams believe they can but it’s doubtful anyone actually will if Limerick can reproduce two more performances of that standard in July and August.
Anthony Daly (Irish Examiner)

This was something. An expression of total hurling collaged with individual victories in every line; so spiritually, tactically emphatic it became a mix of chess and the raging inferno of their desire. Limerick now hold every significant piece of silverware it is within their gift to win. And they look like a team still growing. If the middle third was always cursed to be claustrophobic here, they were perfectly fine with that. The compression of space is something they have on speed-dial. The exploitation of it is their art.
Vincent Hogan (Irish Independent)

The margin was considerable in the end and Peter Casey was to the fore, posting 1-5 before being helped from the field after a late, dangerous tackle by Ronan Maher. Casey was heavily involved in Limerick resuming dominance from the 45th minute, which ended the game as a contest after a John McGrath goal against the run of play had brought Tipperary level a minute earlier. It was Casey's steal on James Barry that put Kyle Hayes in for a 55th minute goal, Hayes batting to the net to put the home team six points up. Hayes had earlier been thwarted twice by Hogan. Hayes was only second to Casey in influence and his crunching shoulder on Jake Morris to set up Cian Lynch in the 59th minute summed up the magnitude of Limerick’s performance.
John Fogarty (Irish Examiner)

By half-time there was very little confidence left amongst the Tipp support that the form of the round-robin match two weeks ago could somehow reassert itself. The Limerick half backs were winning the ball at will and overall their tide was rising and got to a fairly high level. They were overrunning Tipp in midfield. Cian Lynch was doing what he does best, running the show with awareness and vision. Will O’Donoghue was an able lieutenant and the Limerick middle eight established complete control.
Nicky English (Irish Times)

You have your choice of Munster final metrics this morning. The Tipperary crowds streaming down the Ennis Road with 10 minutes left to play, or the heroics of goalkeeper Brian Hogan, keeping the Premier in the game? Limerick’s 1-7 without reply in the final quarter-hour or so, or the 12-point margin at the final whistle?
Michael Moynihan (Irish Examiner)

Limerick's authority was absolute and, in the end, almost without conscious effort. Their hurling relationship with Tipp may be spangled with plenty of short-term rebellions, but this has the feel of revolution. On this evidence, their back men are the best around, their midfield stocked with energy that doesn't run down and, even with Gillane largely under wraps, their attack still looked capable of accumulating a monstrous total.
Vincent Hogan (Irish Independent)

The big question Liam Sheedy will have asked in the dressing room afterwards was how badly do the players want this now? They’ve given Sheedy and his management everything but now they need to give even more. Tipp will be hurting but I’m sure the cloud would have lifted by 5.30pm yesterday. That’s not being disrespectful to Dublin and Wexford but that draw looks a lot more appealing than having to face Kilkenny, and the demons that may trigger in their minds, before the final. What’s more, reaching a final could mean another crack at Limerick, and the opportunity for atonement.
Anthony Daly (Irish Examiner)

The totality of Limerick’s relentless pressure game and their unique combination of physically huge half backs and half forwards and the pure illusiveness of their inside trio had the effect of dazzling and finally muddling the decision making of the Tipperary’s players. They were given no time to breathe, to think or to see clearly. It was an alien world to when the teams met two weeks’ ago. Their one consolation on Sunday evening was that they have time to convince themselves that next time can be different too.
Keith Duggan (Irish Times)

But for a superb goalkeeping performance from Brian Hogan, the margin might have been even more dispiriting for Tipp who were completely over-run in the second-half by an extraordinarily confident and physical Limerick team.
Vincent Hogan (Irish Independent)

You could see how much Limerick wanted it yesterday and they delivered an awesome display of power married with class. When you take on Limerick in that middle-third battle-zone, especially when they’re so up for it, there are very few teams who can live with them. Limerick are so strong, physical and relentless that they’ll eventually just wear you down.
Anthony Daly (Irish Examiner)

In the closing 15 minutes, Limerick contented themselves with reeling off a series of eye-catching points from distance which illustrated their dominance throughout the field. In hitting 2-20 from play, they still had the luxury of firing 17 wides, 10 in the second half which belonged to the ambitious range.
Keith Duggan (Irish Times)

Barrett may be back for the next day, but Patrick ‘Bonner’ Maher will not, making the revival of the Premier after a defeat like this an even taller order. Not every opponent can replicate Limerick’s power in the middle of the field, but every opponent will see Kiely’s approach as the preferred option against Tipperary. Dublin may be in Tipperary’s future, for instance, and maybe one of the few sides physically equipped to replicate the Limerick way.
Michael Moynihan (Irish Examiner)