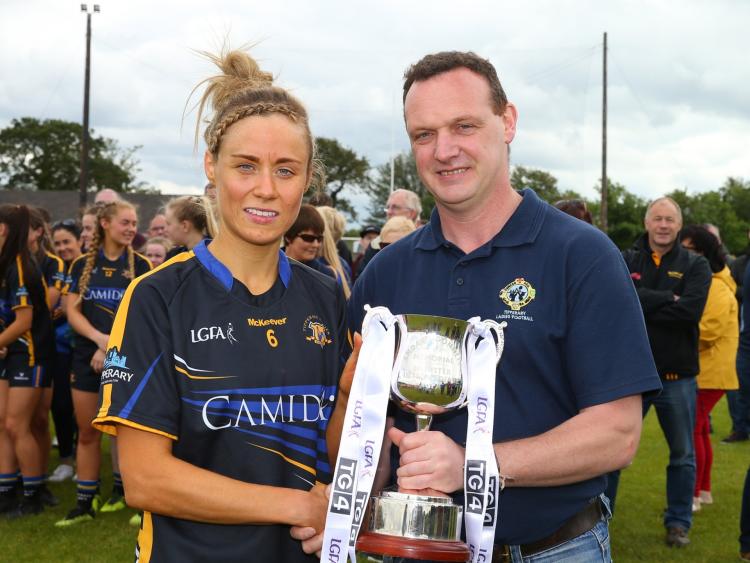 The Tipperary team are this week preparing to launch their TG4 All-Ireland Intermediate Ladies Football Championship campaign - Munster champions Tipperary are seeded in group two alongside Longford, Wicklow and Meath. And, first up for the Premier County is a clash with the 2018 All-Ireland finalists Meath at Ardfinnan on Sunday, July 14 (2pm).

In total fourteen teams will contest the championship and battle it out for the right to land the Mary Quinn Memorial Cup in the All-Ireland final on Sunday, September 15 at Croke Park, Dublin.

Tipperary were seeded in the draw for the TG4 All-Ireland Intermediate Ladies Football Championship since they were recently crowned Munster champions at Cappamore following a 0-20 to 1-4 final win over Clare. Tipperary progressed to that provincial decider following victories over Limerick (10-22 to 0-4) and Clare (2-15 to 2-11).

Tipperary, of course, were crowned All-Ireland intermediate champions as recently as 2017 when beating Tyrone so famously in the decider (1-13 to 1-10), but were cruelly relegated from the senior grade in the 2018. Tipperary, however, will carry a degree of confidence into the 2019 All-Ireland intermediate championship campaign following the experience gained in division one of the league this season. The side managed by Shane Ronayne beat Cavan in the 2018 division two league final to earn their place at the top table of ladies football for the very first time. And, the Premier County performed admirably during the recent division one campaign.