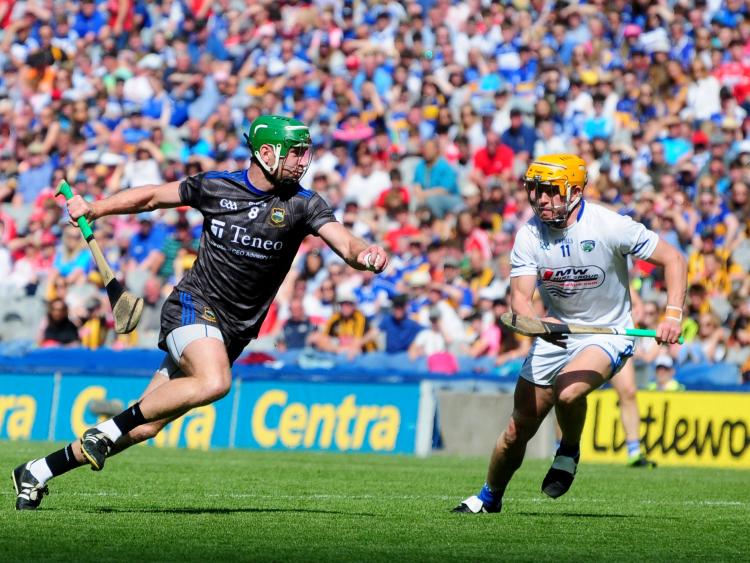 Following Tipperary's ten-point All-Ireland quarter-final win over Laois (2-25 to 1-18) the national media was not complimentary about the Premier County performance - even Nicky English appears concerned about Tipp's prospects as Liam Sheedy and his panel prepare to face Wexford on July 28 with a place in the decider up for grabs.

More worrying from a Tipp perspective is the ever more pronounced lack of pattern to their play. They got the early couple of goals and looked like they should kick on from there but their problems were almost exacerbated in the second half after Laois lost a man. At this stage there’s a conflict of styles on the Tipperary side, really. They haven’t embraced the demands of the short game, playing through the lines, as other teams - even Kilkenny to a certain extent - have because they should have been able to work the ball through from the puck-out. They had a couple of spare men in defence and should have been able to build it from there but that wasn’t happening. That’s a key worry.
Nicky English (Irish Times)

It was a day of days for Laois supporters while even though Tipp won pulling up, the manner of their performance almost prevented their own crowd from acknowledging a comprehensive win on the scoreboard. Liam Sheedy said all the right stuff at the end but I’m sure he was thinking the exact opposite. There was an air of cockiness about Tipperary’s approach. They might have won by ten points but they went home wounded and I’d say there will be a lot of hard talking done in training this week.
Anthony Daly (Irish Examiner)

Tipp never looked likely to trip up here, but neither did they hurl with anything close to the coherence tingling through their play a month back. Some of that was down to a Laois defence supplemented - naturally - in numbers, but there was a profound carelessness in Tipp's hurling too. They looked like a team struggling to put any rhythm into their play.
Vincent Hogan (Irish Independent)

Sheedy’s remark that Tipp were ‘damned if they did and damned if they didn’t’ here was a fair summation of the skewed expectations that accompany a favourite when faced with an opponent that has thumbed its nose at convention to make it this far, but there is still no escaping the listlessness in the Munster side. They looked flat. The verve and momentum that swept them to four wins in the provincial group stages is gone, replaced by their struggles against Limerick in the Munster final and by an inability to really find their groove against an opponent that could have been taken for far more than the 2-25 they coughed up.
Brendan O'Brien (Irish Examiner)

Tipp's use of the ball and execution of passes was poor. It was all sluggish, lacklustre and that was the fear: that it was 'only' Laois and they'd play as such. They tried to beat them early with goals but they should have taken point after point. Laois gave James Barry every puck-out like Limerick did and Tipp, again, didn't have a solution. The big riddle to solve now for them is how to work the ball through the field with runners coming off the shoulder, because if you go long against Wexford, the sweeper will gobble it up and they'll keep counter-attacking.
Brendan Cummins (Irish Independent)

I’d say the most disappointed man leaving Croke Park yesterday may have been Davy Fitzgerald. The ideal scenario for him, other than a Laois win, would have been a devastating Tipperary performance. Now, Wexford will go into that All-Ireland semi-final as favourites in the minds of lots of people. That will suit Liam and his players down to the ground.
Anthony Daly (Irish Examiner)