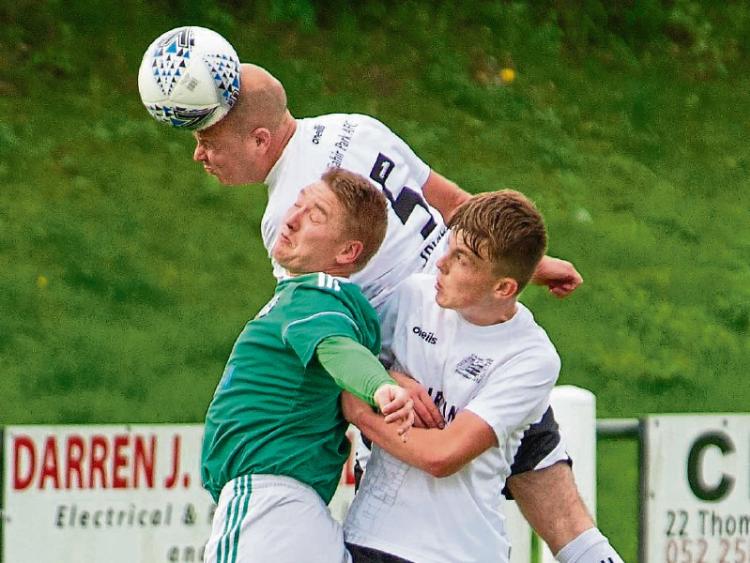 Kevin Dempsey (Cahir Park) winning the header from Paul Kennedy (Clonmel Celtic) in Sunday's Premier League clash between the sides at the Bye Pass in Clonmel.

A new look Clonmel Celtic kicked off their season at home to Cahir on Sunday last, and made the worst possible start as the visitors broke and Kenny Cunningham slotted home to put Cahir a goal up after only five minutes.

The home side struck back quickly and on ten minutes from a corner Paul Kennedy rose highest to flick it on, the ball broke it the box for Niall Prendergast who finished to make it 1-1.

Cahir almost regained the lead when a header from close range struck the bar, but just before half-time Celtic could have gone ahead after a well worked move through midfield saw Jack Purcell breakthrough the Cahir defence but he was unlucky not to finish.

In the second period the Clonmel side came much more to the fore and took the lead when Paul Kennedy was fouled 30 yards out from goal, from where he unleashed a bullet of a free kick hitting the underside of the bar and in with the visiting keeper stranded.

Within five minutes Prendergast added another two for Celtic to complete his hat-trick and  to put Celtic 4-1.

With 15 minutes left they made it 5-1 when Prendergast spun away from the Cahir defence and slotted home again for his fourth of the day.

Cormac Crowe scored a consolation for Cahir in the final minutes leaving the final score 5-2 to the home side.

The home side here slipped to their second defeat of the season as newly promoted side Two Mile Borris made it six points from six after a five goal thriller.

Both teams started this game at a lightening pace with chances at either end of the pitch before the visitors opened the scoring after 17 minutes when Jamie Carey got in behind the home defence to score from close in.

The home side didn’t take this setback lying down however and were back on terms within minutes through a really well-taken effort by Daire Egan.

The game was still level at the break but again it was the visitors who re-took the lead in the second half when Carey again beat the home defence and rifled a ball into the net.

Borris were well on top now but were made to pay for not capitalising on their advantage when the home side equalised for a second time after Shane Egan buried an effort that was crossed in from the wings.

Borris were then reduced to ten men as it looked like the pendulum had swung in favour of Celtic, but with five minutes left on the clock, the home side were shocked by a Kieran Hennessy goal that would eventually decide the game in favour of the visiting side. 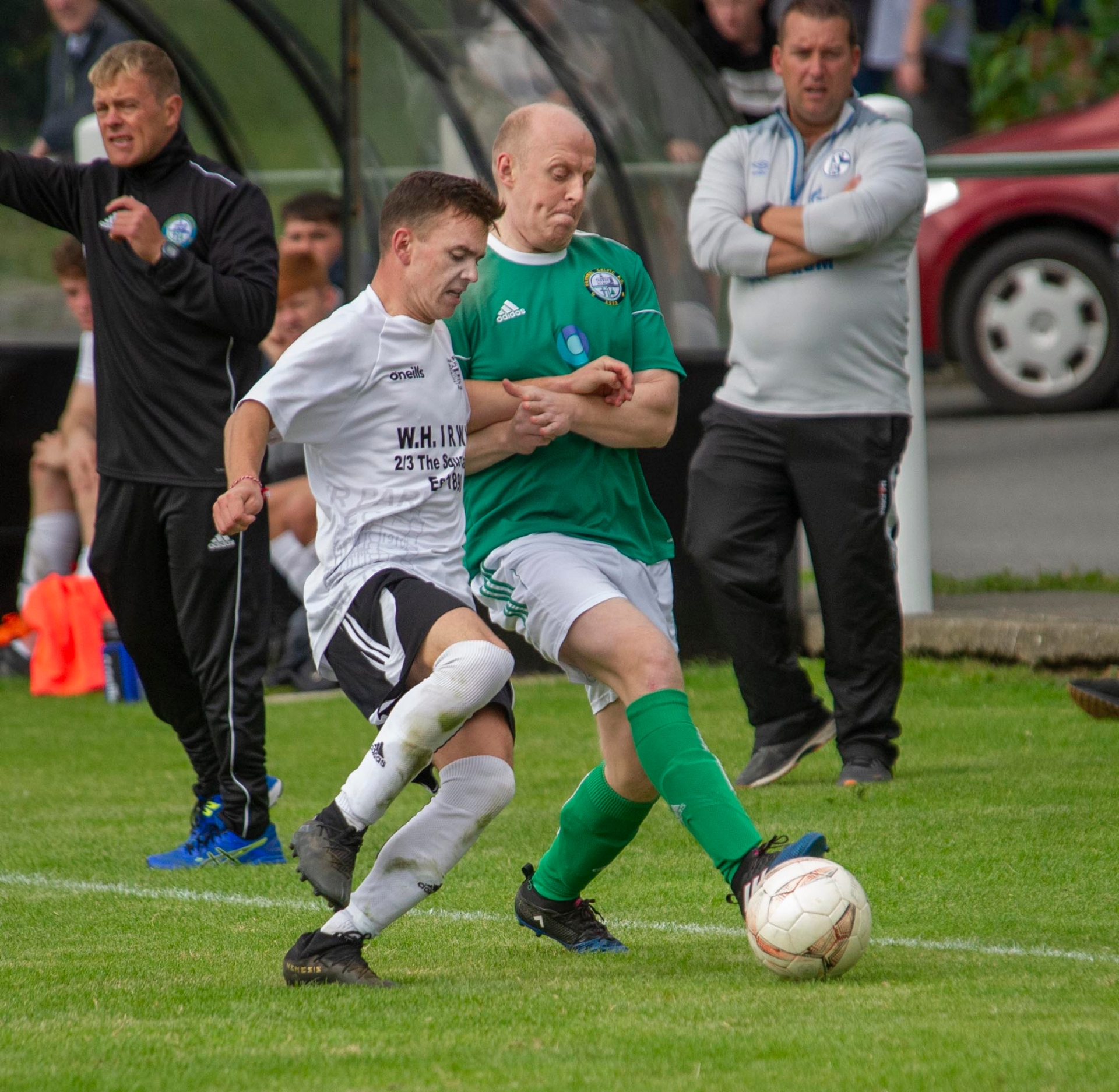 Vee Rovers are finding their second season in the top flight a little more difficult than the beginning weeks of their first as they slumped to another heavy defeat on Sunday at the hands of Clonmel Town who were getting their league season off and running.

The visitors were always a little bit quicker and on top in this game and it was no real surprise when they took the lead after some good work in the middle of the pitch set up Conor O’Sullivan to score in the 26th minute.

The home side were still recovering from going behind when they found themselves two behind after only three more minutes, this time when Dylan Guiry found the net.

After that it was a case of the visitors sitting back and inviting the home side on to them while looking to hit them on the counter, and Town made it three 18 minutes from the end when Luke Kiely scored his first for Town this season.

A late late goal by Dylan Guiry put a gloss on the result as they visitors left Clogheen with a four goal win.