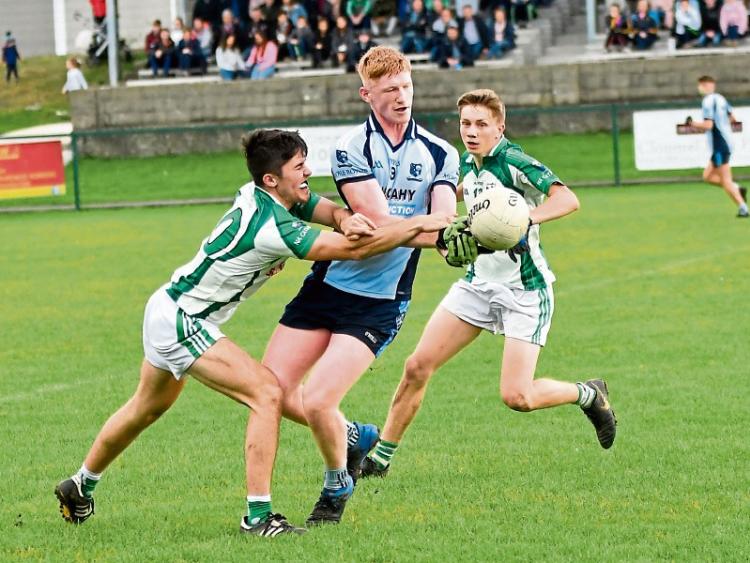 Moyle Rovers just about held on to their county crown after surviving a blistering start from Cahir in their county senior football championship quarter-final clash at Clonmel Sportsfield on Sunday afternoon last.

Conceding two goals inside the opening six minutes to trail by 2-0 to 0-1, the reigning county champions eventually laboured to a three-points win but were on the back foot at the very end to deny Cahir what would have been a huge shock. If the Rovers are to entertain any ambitions in retaining the O’Dwyer Cup this year a huge improvement will be needed.

Credit to the outsiders Cahir who had a dream start and took the game to the champions from the outset. After Moyle Rovers’ Aidan McGrath had opened the scoring after just 20 seconds, Cahir went down to the other end of the field where Niall McKenna was impeded as he attempted to get onto a Liam Casey pass. Referee Seanie Peters awarded the penalty which captain Mikey O’Connor despatched to the net.

Cahir could scarcely believe their luck when a few minutes later Liam Casey again provided the final pass when coming in along the end line and Niall McKenna was on hand to slam-dunk the ball home. Now the champions looked in trouble and needed a response.

It came, albeit slowly, where sustained pressure yielded three kickable frees and midfielder Stephen Quirke duly obliged to leave the score at 2-0 to 0-4 after the first quarter. Quirke was to play an important role for Rovers around the middle of the field.

The Rovers then lost wing-back Luke Boland through injury in a counter-attacking move after just 16 minutes and his replacement Morgan Irwin had the leeway back to just one point when scoring with a fine effort from 35 metres after just coming on.

Cahir had their first point in the 17th minute when Mikey O’Connor kicked a long range free won for a pull-back on Ger Quinn. 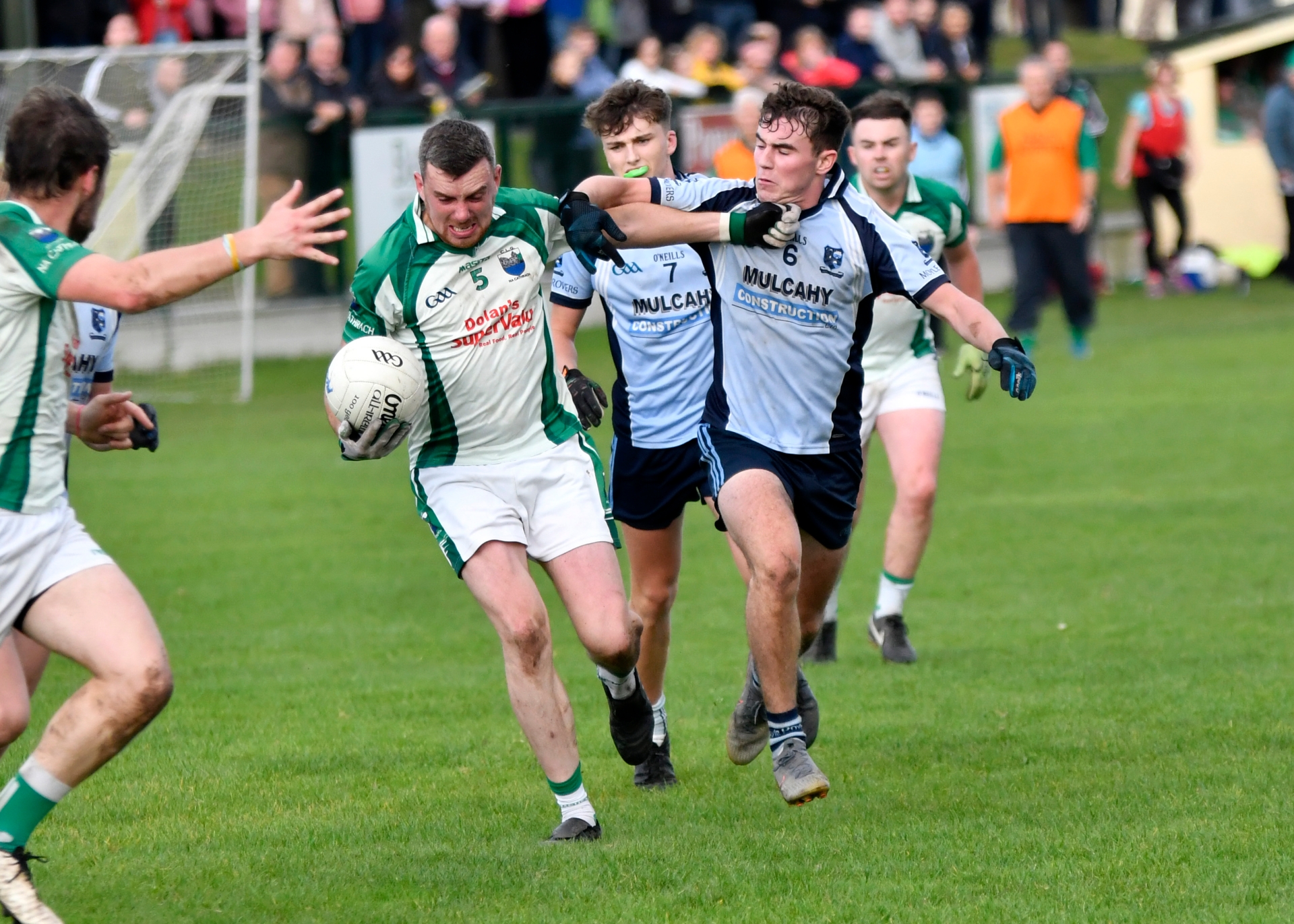 A fluid move linking Aidan McGrath, Morgan Irwin and Diarmuid Foley put Tadgh Fitzgerald in the clear and the corner-back had Rovers back to the minimum after 24 minutes.

Cahir were then to suffer two significant setbacks as half-time approached.

Firstly Liam Casey, who was doing very well around the middle, and had assisted in the creation of both his side’s early goals, was forced off with a knee injury after 24 minutes.

And perhaps the game’s most crucial moment arrived just before the interval. A promising move by Rovers up the wing was halted by a foul and after the referee’s whistle Riain Quigley had the presence of mind to take a quick free to a loose Shane Foley to finish to the net. It gave the Powerstown/Lisronagh side a big boost and also the lead as they headed for the break at 1-6 to 2-1.

The introduction of Liam Boland at half-time for the champions was a trump card and within a half a minute the county player finished off superbly with a point after good work by Diarmuid Foley. Cahir responded with a free five minutes in, again from Mikey O’Connor, to stay within two of Niall Fitzgerald’s side.

And it was the same pattern for the next two scores, a sweet left footed point by Liam Boland answered by a Mikey O’Connor free. Ten minutes into the second half it seemed Cahir were not letting go of Moyle Rovers.

But Rovers suddenly found their rhythm and three points in three minutes from Riain Quigley and two from Shane Foley, the latter a follow-up to an effort that had come back off the crossbar after a good save from Cahir keeper Aaron Wall.

The gap was now at five and Rovers might have anticipated an easy run-in. Not so. Cahir responded with a move through the centre with Ian Flannery very much involved before the pass across the goal was gathered by Conor Cashman who slipped the ball low to the net. The game was now back in the melting pot at 1-11 to 3-3.

In fairness, Rovers reacted immediately and came down the field for a point from Shane Foley who was putting in a fine second half. But, Cahir weren’t letting go and with their first point (and only and indeed last) from play all day Ian Flannery made it a two point game once again with nine minutes remaining on the clock.

A tense closing period produced just one final score, a Liam Boland free in the 54th minute, as Moyle Rovers resisted a brave Cahir effort and put their name into the semi-final hat. On this showing they will have to up their game if  they are to go all the way again this year. But they will realise that better than anyone and be assured they will bring a much better performance the next day.

There were some fine displays on both sides in a game that at times wasn’t pretty and seemed a little below real championship pitch.

Cahir will be disappointed no doubt with the result on a day when they will feel the county champions were there for the taking and they went very close to doing just that with a young team.

For them the likes of Ger Halley, Kieran O’Dwyer, the McKennas, Mikey O’Connor, Nicholas Reidy and subs Ian Flannery and Conor Cashman put in fine efforts. The John Cummins managed team can take heart from the display even if the result wasn’t what they would have wished for in the end