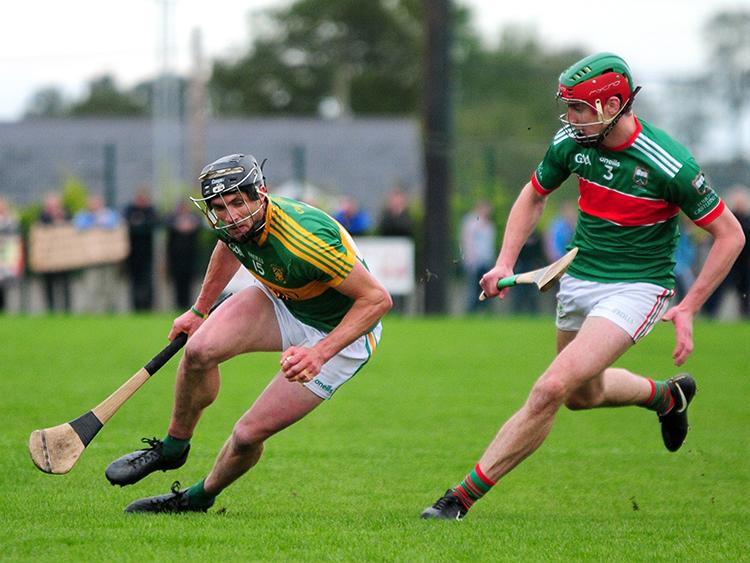 Clonoulty-Rossmore edged an absolutely enthralling contest with Loughmore-Castleiney in the preliminary quarter-finals of the FBD Insurance County Senior Hurling Championship at Littleton on Sunday evening. Ultimately, a Seán Maher goal in extra-time helped to propel the defending champions into the quarter-finals, but there is simply no doubting the fact that Liam McGrath’s dismissal in the 21st minute had a huge bearing on this extraordinary game.

Liam McGrath had just notched Loughmore-Castleiney’s third goal in the 21st minute to leave four points between the sides (3-4 to 0-9) when the corner-forward was sent off for a second bookable offence - McGrath was involved in a goalmouth altercation following his goal and after consultation with his umpires referee Noel Cosgrave brandished a second yellow card in Liam McGrath’s direction.

That said, Clonoulty-Rossmore were absolutely immense in this contest and were led by Timmy Hammersley who, once again, proved himself to be an absolute warrior. Timmy scored 0-19 in total, but aside for that contribution he had a huge impact on the game and, especially, when moved to centre-forward on Brian McGrath. James Ryan did an exceptionally good man-marking job on John McGrath while Michael Ryan and Conor Hammersley were also in terrific form for Clonoulty-Rossmore.

This defeat will hurt Loughmore-Castleiney. Noel Morris’ men led by six points after just thirteen minutes (2-4 to 0-4) and, again, by six with fourteen minutes to play (3-15 to 0-18), but with just fourteen men for such a prolonged period of time fatigue simply had to be a significant factor in this contest. Indeed, Clonoulty-Rossmore dominated the final quarter of this contest (0-8 to 0-2) and notched three late points in succession to force extra-time (3-17 to 0-26). Although Loughmore-Castleiney could then operate with fifteen men, once more, Clonoulty-Rossmore proved themselves the much fresher outfit in extra-time.

Loughmore-Castleiney carved Clonoulty-Rossmore open inside the opening minute - corner-back James Ryan saved a Liam McGrath effort on off his own line, but Evan Sweeney was on hand to belt in the rebound. The West champions hit the front (0-4 to 1-0) thanks to points from Dillon Quirke (sideline), Timmy Hammersley (two, one free) and Michael Ryan before Tomás McGrath tied it up.

Loughmore-Castleiney, however, were threatening to score goals on a regular basis during the opening quarter and notched their second in the eighth minute Evan Sweeney raced onto a break and forced his side three clear. John McGrath fired over when a goal was on seconds later while points from Liam McGrath and John McGrath (free) forced Loughmore-Castleiney six clear (2-4 to 0-4).

Clonoulty-Rossmore were struggling to exit their own half in a composed manner, but settled down well when Michael Ryan landed a terrific point and Timmy Hammersley converted two placed balls (one ’65). The defending county champions added two efforts, which arrived courtesy of Cathal Bourke and Michael Ryan, to close the gap to one (2-4 to 0-9) and although Clonoulty-Rossmore were very honest in their efforts Loughmore-Castleiney regularly threatened goals up front and were left celebrating their third in the 21st minute when Liam McGrath buried the rebound after ‘keeper Declan O’Dwyer did especially well to save a Joseph Nyland rasper. It is worth noting that John McGrath got away with a push in the back during the build up to this strike (3-4 to 0-9).

With Loughmore-Castleiney now reduced to fourteen-men Clonoulty-Rossmore roared back into this contest when out-scoring their opponents 0-4 to 0-2 during the remainder of the opening half. Clonoulty pieced together a glorious stick-passing move in the 28th minute when Joey O’Keeffe and Jimmy Maher combined before Cathal Bourke landed a point and although Paddy Bourke’s men trailed by just two at the break (3-6 to 0-13) they had very significant grounds for complaint at the interval: Timmy Hammersley set up Fiachra O’Keeffe for a three-pointer in the 32nd minute, but the play was called back for a reason that was not immediately clear.

Loughmore-Castleiney were absolutely electric during the opening five minutes of the second half when Noel McGrath plundered three long-range points to help propel his side into a six-point lead (3-11 to 0-14).

Clonoulty-Rossmore responded through Fiachra O’Keeffe and may well have scored a goal in the 36th minute, but Loughmore-Castleiney ‘keeper David Kennedy did superbly well to advance off his line and smother a Paudie White effort.

Noel McGrath landed a sensational long-range free from just outside his own 45-yard line in the 43rd minute and when John McGrath (free) and Tomás McGrath added further efforts the prevailing pattern of this contest suggested that Loughmore-Castleiney might progress (3-15 to 0-18).

Brian McGrath was certainly a candidate for the man of the match award at this juncture, but during the final quarter Timmy Hammersley took over, completely: his work rate, ball-winning ability and determination to break the Loughmore-Castleiney line with ball in hand set him apart.

Between the 48th and 55th minutes Timmy Hammersley scored five points - now four of those were from placed balls, but the manner in which Hammersley won possession and shook off two tackles before landing a terrific effort from play in the 55th minute must have lifted the hearts of Clonoulty-Rossmore people.

With the deficit now cut to two points (3-16 to 0-23) Clonoulty-Rossmore were within touching distance, but the champions were grateful too to ‘keeper Declan O’Dwyer who pulled off a timely save to deny Liam Treacy a certain goal in the 56th minute. John McGrath converted the resultant ’65, but from there it was all one-way traffic as points from Timmy Hammersley (free) and Dillon Quirke cut the gap to one and, finally, Cathal Bourke was fouled for a free in the 60th minute which Hammersley converted (3-17 to 0-26).

Loughmore-Castleiney introduced Anthony Ryan in place of Liam McGrath and although the Mid Tipperary men were now operating with fifteen players they looked exhausted.

A terrific left-handed point from Cathal Bourke edged Clonoulty-Rossmore into the lead before David Kennedy saved smartly at his near post from Paudie White. Loughmore-Castleiney were clinging on, but not for long: in the fifth minute Seán Maher scrambled home a goal to leave four between them (3-17 to 1-27).

Loughmore-Castleiney rallied when out-scoring their opponents 0-3 to 0-1 during the remainder of the half, but Clonoulty-Rossmore appeared the far fresher outfit. Indeed, the exertion of the game did not appear to take much out of the relentless Timmy Hammersley who landed a mighty point two minutes after the break and then belted over the score of the game from inside his own 65-yard line with three minutes to play.

Loughmore-Castleiney certainly tried hard to respond to the challenge posed, but Clonoulty-Rossmore pushed on and won extra-time with five points to spare (0-5 to 1-7).