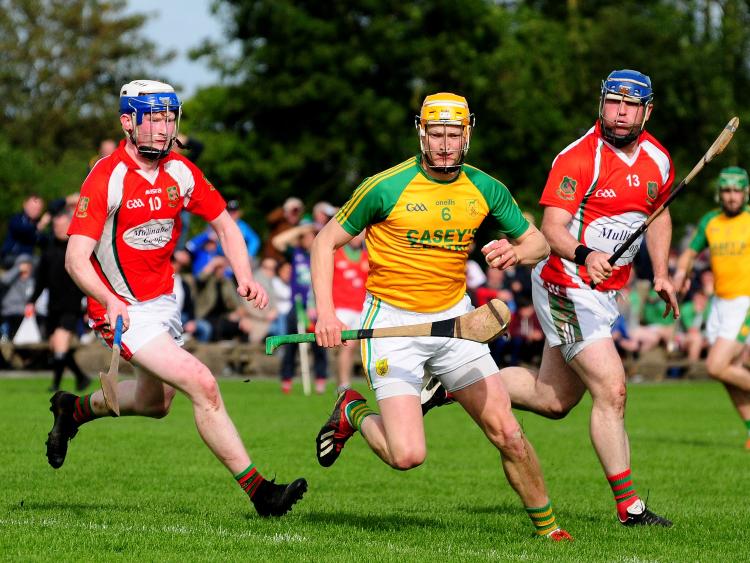 Toomevara rescued their FBD Insurance County Senior Hurling Championship hopes in the most dramatic of fashions at Leahy Park in Cashel on Sunday when, during their preliminary quarter-final clash with Mullinahone, they came from five points down at the end of the first half of extra-time to surge home victors by two.

It was a hectic finish to what had been a very low-key game most of the way and when Mullinahone reflect on this encounter they will be asking themselves how they managed to lose it.

It all seemed to be going so well for them in the second half or ordinary time and indeed even more so in the first half of extra-time, but for the second week running they found themselves wilting having played themselves into a winning position.

Neither side set the scene alightduring a pedestrian first half at the end of which Toomevara led 0-9 to 0-4. Midfielder Jack Delaney and Jason Ryan at the heart of their defence were Toome’s top two while Eoin Fennelly and Kevin Walzer led the way for Mullinahone who were later to rue a few uncharacteristic misses from frees by Eoin Kelly.

Mullinahone had the edge in the second half though and by the end of the third quarter they were level (at 0-12 each) in a contest which still lacked championship fervour.

Five minutes from the end Michael Dunne set up Eoin Kelly for a Mullinahone goal and a lead of 1-14 to 0-14 and now things came to life with the prospect of an upset on the cards.

Toome never lost their nerve and piled forward in search of levelling scores - they hit the last three points through Kevin McCarthy, Mark McCarthy and Jack Delaney to send this tie to extra time.

Mullinahone hit the ground running in extra-time and after Michael Dunne and Eoin Kelly whipped over points for them Dunne set up Michael O'Shea for their second goal and they powered on to lead 2-19 to 0-20 at the interval.

A Mullinahone win looked certain, but once more Toome refused to capitulate and the second half of extra-time belonged to them.

Mark McCarthy was their main man and his great individual goal three minutes from the end put them in front (1-23 to 2-19). Mullinahone had two chances of levelling before Joey McLoughney set the seal on the Toome win with the final point of the game.

Relief was the emotion uppermost in Toome hearts at the end of this marathon. They had not played well for sustained periods, but they got over the line and they will be hoping for a better performance in the quarter-finals.

Their commitment could not be faulted, however, as they twice rescued their dreams when they looked dead and buried. Mark McCarthy was their key men during the tense closing stages, but the work of Jason Ryan, Joey McLoughney, Jack Delaney, Robbie Quirke and Kevin McCarthy was also vital.

Mullinahone were hugely disappointed, but their failure to close out the game when twice in a winning position was their undoing. They will look with confidence to the Séamus Ó Riain Cup to retain their top status and a repeat of this form will carry them a long way at that level. Paul Curran, Eoin Fennelly, Kevin Walzer, Graham Horan and Eoin Kelly were their key men.