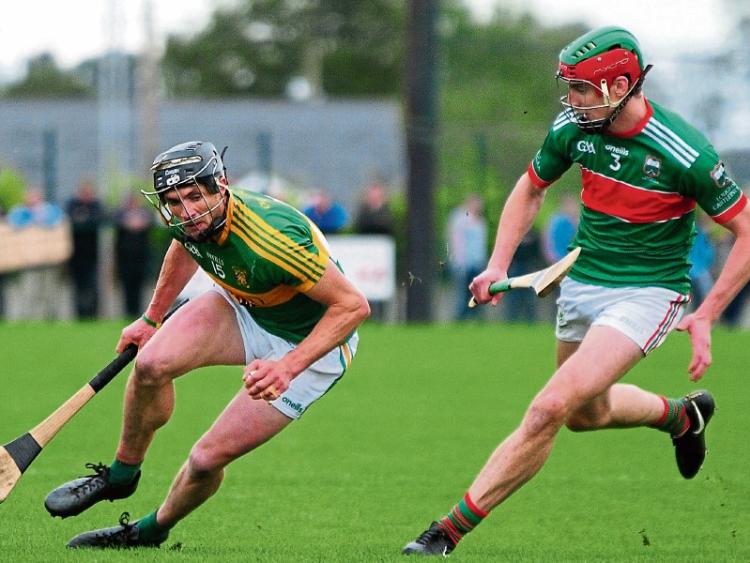 Can we now officially label 2019 the year of the draws? The evidence is certainly compelling, with two more bouts of extra-time on Sunday last before Clonoulty/Rossmore and Toomevara finally advanced to the quarter-finals.

It was another weekend of terrific hurling entertainment, with the fans relishing the action.  The hectic fixtures schedule may present problems for the organisers but the followers are loving the pace of it all. I’ve no doubt the afterglow of the All -Ireland victories is also feeding into this present love-in with the game.

Littleton on Sunday last hosted the highlight match of the championship thus far. It had everything that’s enchanting about the old game: a bumper crowd, enthralling contest, hectic action, great scores, heroic deeds, big lead and big fightback, controversy and contention, deadlock and then endowment at the end.

After it all Clonoulty still stand defiant. Rocked by early goals, they spent most of the initial hour chasing the leader. It was a chase that required patience and perseverance, the drip-drip of points rather than the sudden gush of goals. As in the West final, they stayed on cue against another fourteen-man opposition and once again they reined in their rivals before delivering the coup de grace in extra time.

It all began badly for the champions. Within seconds of the start Evan Sweeney had a Loughmore goal. Seven minutes later he added a second and Liam McGrath had a third after twenty minutes. Clonoulty’s inside defence was rattled, leaking goals despite the best efforts of Declan O’Dwyer between the sticks.

However, Clonoulty stayed unruffled and kept chipping away with points from a variety of sources.

Loughmore’s third goal came with a hefty price tag. The referee consulted with his umpires before flashing a second yellow at goalscorer, Liam McGrath, for something that happened in the follow-up. Earlier the Loughmore man was booked together with Joey O’Keeffe, again following consultation between the ref and his officials.

It was a big moment in the game. Loughmore’s inside forward line looked potent but now a man down it was noticeably less threatening thereafter.

Despite the goals Clonoulty got to the break a mere two points adrift. It would have been healthier if Fiachra O’Keeffe’s goal on the stroke of half time had been allowed instead of being called back for a free, which Hammersley pointed.

In the third quarter, despite the numerical disadvantage Loughmore still had the better of matters, holding a lead that fluctuated between four and six points. At this stage Noel McGrath was the source of several inspirational points.

But Clonoulty stayed true to form and stuck doggedly to the task. In the final quarter they outscored Loughmore 8-2, mostly from Hammersley frees. Against that John McGrath had some uncharacteristic misses. Five minutes from the end Loughmore had a golden chance of putting the game to bed when Liam Treacy had the shot but once more Declan O’Dwyer stood firm in the gap.

A Hammersley free levelled it at the end and once more extra-time loomed for the West men. I’ve no doubt their West final experience stood to Clonoulty here. An instant Cathal Bourke point on resuming, then another Hammersley free and with the Loughmore defence in a tangle substitute Sean Maher stroked home a goal. It was now five-up for Clonoulty and effectively the die had been cast.

Briefly Loughmore rallied again to cut the lead to just two by half time in extra-time but the encore was Clonoulty’s. An inspirational Timmy Hammersley catch and point set the tone in the final spell of extra-time. The West champs would drive on with further scores to close out a five-point win, a remarkable turnaround from earlier difficulties.

You have to hand it to Clonoulty. This is a major step-up from their stuttering form all season. Several factors in the win deserve highlighting, such as a string of crucial saves by Declan O’Dwyer; defensive security after a wobbly start featuring John O’Keeffe’s reading of matters; Ciaran Quirke’s strength and overall tightness by the others;  Michael Ryan’s four points from play as well as three from Cathal Bourke and two from Conor Hammersley; the work rate and general influence of others such as Dillon Quirke; the crucial impact of subs such as Sean Maher and Thomas Butler; and above all the magnificence of Timmy Hammersley.

For Loughmore it was tough to take. Losing Liam McGrath was pivotal, though in the second half they had the chances to nail this one down and didn’t take them. For John McGrath particularly it was a poor day at the office and, unlike Clonoulty, their reserve material wasn’t up to requirements.

Clonoulty’s prize now is a quarter-final date this Sunday with Kilruane MacDonaghs. It’s arguably the standout tie of the four, featuring last year’s winners and the second favourites to replace them. Incidentally the overall betting for the title has Clonoulty listed at 9/1, last in ranking behind Drom/Inch and Borrisoleigh. Doesn’t make much sense to me but I’m sure Clonoulty are quite happy to fill the role of underdog every day.

The other big game last weekend saw yet more extra-time, as Mullinahone pushed Toomevara to the limit in their game at Cashel. It was all very dramatic and exciting at the end, though the quality of much of the play we saw was significantly below the standard on offer at Littleton.

The first half was particularly poor, at the end of which Toome’ led by five. Eoin Kelly was untypically off-target on several frees, misses that became very significant by game’s end.

Mullinahone certainly upped the challenge in the second half, with Kelly winning more possession and Toome’ failing to put this game away. The South champions led briefly midway through the half but their big break came five minutes from time when Michael Dunne fed Eoin Kelly for an emphatic finish to the Toome’ net. At three-up an upset was definitely on, though Toome’ responded to the crisis to hit the next three scores, including a Jack Delaney leveller two minutes into added time.

However, there was more anxiety for Toome’ in the first spell of extra time when Michael O’Shea netted for the South side to put them five-up, a lead they held going into the last period. In the end Toome’ found the required response. Mark McCarthy hit the crucial goal from the acutest of angles and they tacked on the points, as Mullinahone failed to add to their score total.

It was a brave effort by Mullinahone, and I suspect they won’t be too disappointed as they prepare for the quarter-finals of the Seamus O’Riain. Paul Curran remains a big player for them at the heart of the defence.

For Toomevara it was a definite scare and one they’ll need to get over quickly now as they prepare for Saturday’s quarter-final date with Kiladangan. I saw them beat Clonoulty earlier in the series and I suspect they’re better than they looked on Sunday, though still distant outsiders to stop Kiladangan.

The remaining quarter-finals see the two Eire Ogs, Nenagh and Annacarty, clash at The Ragg on Saturday and Borrisoleigh take on Drom in Holycross on Sunday.

With Sarsfields and Loughmore now out of the hunt it’s quite an open race for county honours.  Interestingly you have five North sides, two from the West and one from the Mid still in the hunt. Kiladangan are the bookies’ favourites followed by Kilruane, Nenagh, Borrisoleigh, Drom and Clonoulty, in that order.

All of the weekend games are standalone fixtures because of concerns about the weather and the impact on pitches. It’s a pity, forcing punters to make choices where they’d love to see several games.

On the Saturday programme the clash of Kiladangan and Toomevara at Cloughjordan is a local derby which should add its own flavour. The Puckane side is strongly fancied here. They’ve won four North titles this decade but have yet to make a major impact on the county series. It will be a shock if Toome’ stop them at this stage.

Eire Og Annacarty will be outsiders when they face Nenagh at The Ragg on Saturday, though that tag I’m sure won’t unduly bother them. Letting the West final slip from winning positions on both days was a setback but they’re a feisty lot and I’m sure they won’t be standing back admiring Barry Heffernan, Jake Morris and company. Still, Nenagh will be expected to progress here.

Templetuohy will be the setting for the Kilruane/Clonoulty game on Sunday. Their win over Loughmore will have given Clonoulty a huge lift, though whether or not it’s enough to pull off another coup here is the question. They’ve come from behind on each of the last three weekends; if you keep slipping into arrears like that then your luck will eventually run out. Still for me this is the pick of the weekend games.

In the final game Borrisoleigh are slightly fancied to dismiss Drom in yet another derby affair. Neither side has been very convincing so far in the season so it’s down to whichever hits best form on the day.

The intermediate quarter finals are also on the agenda this weekend. There have been some crazy up-and-down results in this championship, the latest being Sean Treacys ousting of favourites Moyne/Templetuohy last weekend. Picking a form line isn’t easy so I won’t even try. Let’s just wait and see what emerges.

Finally a request from a friend: Jim Fogarty is a Tipp man in exile in Kilkenny (happy times this winter!) who is working on a history of the minor hurling All Irelands. A problem has arisen with regard to the 1934 final where Tipperary beat Laois with a controversial injury time goal. But who scored the winning goal? Match reports omit the name so if anyone can help then please email Jim at jimkfog1@gmail.com