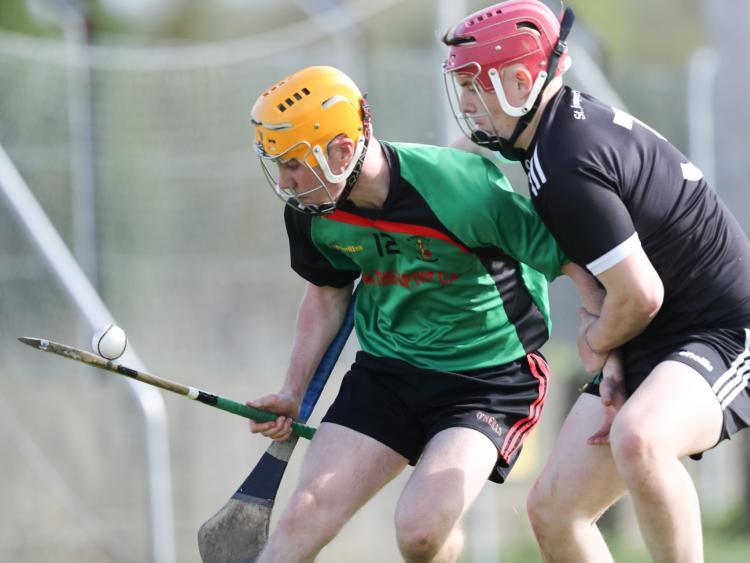 Nenagh CBS got off to a really encouraging start in the Dr Harty Cup at Cappamore on Wednesday afternoon when enjoying a fifteen-point win over John the Baptist Community School (Hospital, Limerick). Nenagh CBS always looked in control of this Munster Post-Primary Schools Under-19A Hurling Championship clash despite enduring the last third of this contest with just fourteen men following the sending off of Paul McLoughlin in the 41st minute (second bookable offence).

Nenagh CBS led 0-11 to 0-6 at the interval, but did make an indifferent start to the game when firing four wides and dropping one shot short before getting off the mark in the seventh minute.

Thanks to points from Kian O’Kelly, Conor McKelvey and Sam Madden (six, five frees) Nenagh CBS led 0-8 to 0-4 when Michael Corcoran and Colm Murray combined well to create a goal-scoring opportunity for Sam Madden in the 23rd minute. The Portroe corner-forward buried his shot, but following consultation with his umpires referee Eamon Stapleton ruled out the three-pointer. Madden’s shot hit the back stanchion and richocheted back into the field of play; perhaps the searing pace of the shot deceived the umpires in question who believed that Madden’s shot had found a post.

The Nenagh CBS management team took exception to the decision, challenged the referee vehemently and appeared to have good grounds for doing so.

Fortunately, the incident did not impact on the prevailing pattern of the game as Nenagh CBS led by five points at the break and appeared comfortable against a Hospital side who were now employing a sweeper system.

Three more frees left seven between them before Sam Madden crashed a shot in off the crossbar in the 43rd minute. Four minutes later the impressive Kian O’Kelly set up a second Sam Madden goal and Nenagh CBS were thirteen points clear (2-15 to 0-8).

Hospital could not muster much in terms of resistance and with two minutes of normal time remaining Nenagh CBS plundered their third goal. And, this was the pick of the bunch: the lively Séanie Kenneally broke the line and found Sam Madden who, very unselfishly, set up Michael Ryan for the finish.

Nenagh CBS fired thirteen wides, dropped three shots short and won’t be impressed to learn that they conceded twenty-two frees in all. Goalkeeper Rory Brislane was also called upon to make a superb stop in the 50th minute from Paddy Kennedy.

The key player for John the Baptist Community School was Emly forward Aidan O’Heney who scored eight points in total and two from play.