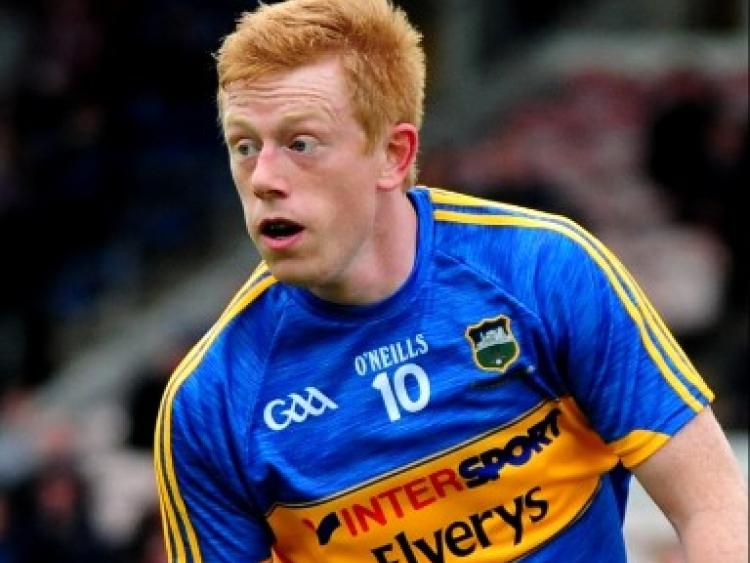 They bravely fought their way back into contention from five points down early in the second half, but then Golden/Kilfeacle threw it all away when they were overtaken by Kiladangan's strong finish in Saturday's FBD Insurance County Intermediate Hurling Championship semi-final at The Ragg.
Kiladangan will now meet Sean Treacys in the final on November 2.
Kiladangan seemed on course for a relatively comfortable victory when a great point from Paddy Coen put them ahead by 0-11 to 0-6 nine minutes into the second period.
However Golden seized control of a closely-fought contest when they reeled off six points without reply. James Casey, who was always lively following his first half introduction, started that scoring sequence with a super point that was a carbon copy of Paddy Coen's eyecatching effort for Kiladangan a minute earlier.
Then sharpshooter Andy Byrnes, Golden's matchwinner in the quarter-final defeat of Knockavilla/Donaskeigh Kickhams the previous week, converted a free from just inside the Kiladangan half. And when Shane O'Connell and James McCarthy made the opening for Seanie O'Halloran's point, they were really buzzing.
There was more to come from Golden during this purple patch. Andy Byrnes and Seanie O'Halloran laid on a point for Shane O'Connell, and they were level for the first time since the 26th minute when Josh Keane rounded off a great run with a score, following good approach play by Seanie O'Halloran, Jonathan Wade and James McCarthy.
The improvement in their performance was further underlined in the 49th minute when another Andy Byrnes free restored the lead that they had last held in the second minute.
Instead of pushing on from that good position, however, Golden wilted and failed to score in the remaining 11 minutes of normal time and a further four minutes of added time.
They had been rattled by Golden's scoring burst of six unanswered points in ten minutes, but Kiladangan regained the initiative.
The teams were level for the sixth and final time courtesy of Bryan McLoughney's free, Kiladangan's first score in 11 minutes. In a tense finale, during which play swung from end to end, Stephen James Gleeson nudged Kiladangan back in front.
Golden had chances to draw level and force extra-time but they shot two wides before Andy Byrnes' free in added time was batted clear. In the dying moments Eoin Gleeson put the seal on Kiladangan's victory, one that means the north club will now have two teams plying their trade in senior hurling next year, in the Dan Breen and Seamus O'Riain Cups.
They may not use it as an excuse but a heavy schedule that saw them play three matches on the last three weekends did Golden/Kilfeacle no favours.
They will also look back with regret on their ten wides (Kiladangan had seven) and the missed opportunity to at least force extra-time.
For large parts of the game Josh Keane and the excellent Niall Heffernan held sway at midfield. Andy Byrnes kept them in the game with his long-distance frees, while Sean Hayes and Seanie O'Halloran were always involved in the thick of things.
They suffered a blow in the first half when Eoghan Ryan, who had started well and scored a point, was forced to retire injured, although James Casey was a more than adequate replacement.
Shane O'Connell, Daithi Bargary, Cian O'Connell and Aidan O'Connell also gave everything for the cause.
Kiladangan showed the benefit of a side that trains alongside a senior team, and their sharpness and crisp movement was especially noticeable.
Only a hair's breadth separated the sides in the early skirmishes, when they were level five times after Andy Byrnes (four points, including three frees) and Eoghan Ryan had scored for Golden, with Bryan McLoughney (three frees), Eoin Gleeson and Eoin Kelly hitting the target for Kiladangan.
With the long frees from goalkeeper and Tipperary senior coach, Darragh Egan, pushing them deep into enemy territory, Kiladangan took a step forward with points from Bryan McLoughney's free, Matthew Cleary and Eoin Gleeson, who fired over when he had a clear sight of goal. Those scores offered them a 0-8 to 0-5 interval lead, which was no more than they deserved.
Bryan McLoughney proved his worth from placed balls, converting six frees. Eoin Gleeson was a real livewire while Paddy Gallagher and Paddy Coen also shone, and those huge puckouts and long-range frees from Darragh Egan are another important element of their artillery.