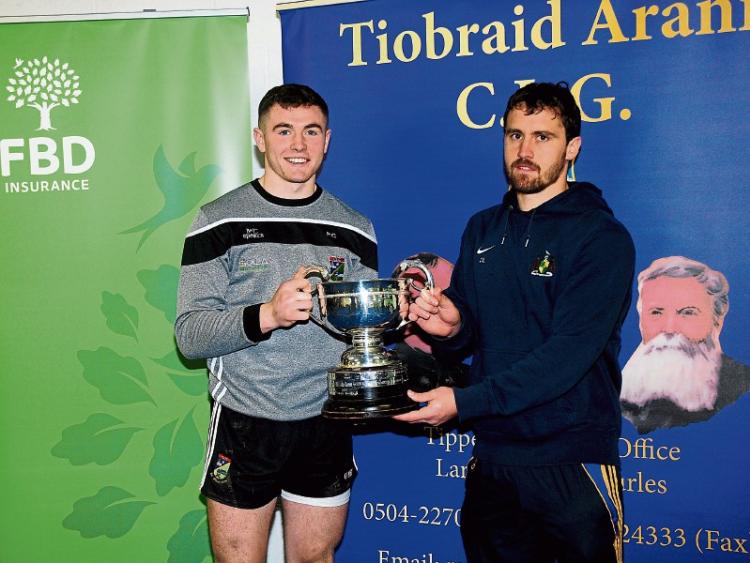 Whoever wins Saturday’s FBD Insurance County Senior Football Championship Final at Semple Stadium will have little time to rest on their laurels.

Either Clonmel Commercials or JK Brackens will be in action just over a week later in the Munster Club Football Championship semi-final, when they will face either St. Joseph’s of Miltown Malbay or Rathgormack (who meet in this Sunday’s quarter-final) at a Clare or Waterford venue.

Commercials, who defeated Loughmore/Castleiney after extra-time in the semi-final, are strong favourites to win Saturday’s decider (which starts at 2.30) and claim the club’s 18th county senior title, and their fourth this decade.

However they can’t afford to treat Brackens too lightly. The Templemore outfit might be competing in their first county final at this level but they defeated holders Moyle Rovers in the semi-final and have been establishing their credentials as a footballing force in recent seasons.

They will be on a high too after their senior hurling team, most of whom will be in action again this weekend, beat Holycross/Ballycahill in last Sunday’s Seamus O’Riain Cup Final, although they would have preferred an extra day’s rest before taking on Commercials.

The Commercials team that won the county championship in 1994 will also be honoured in Thurles on Sunday. Later that night the team will be feted for the 25th anniversary of that success at a function at the Clonmel Park Hotel.

It will be another busy weekend at Semple Stadium, with newly-crowned county hurling champions Borris-Ileigh taking on Cork’s Glen Rovers in the Munster Club semi-final at 1.30 on Sunday.

On another hectic weekend in the county championships, Clonmel Og will meet Moycarkey/Borris in the Intermediate Football Final at Leahy Park, Cashel at 2.30 on Sunday.

The County Junior A Hurling Championship Final between Carrick Davins and Arravale Rovers, postponed last weekend because of the wet weather, goes ahead in Golden at 1pm on Saturday.

The County Junior A and B Football Finals are also down for decision on Saturday.