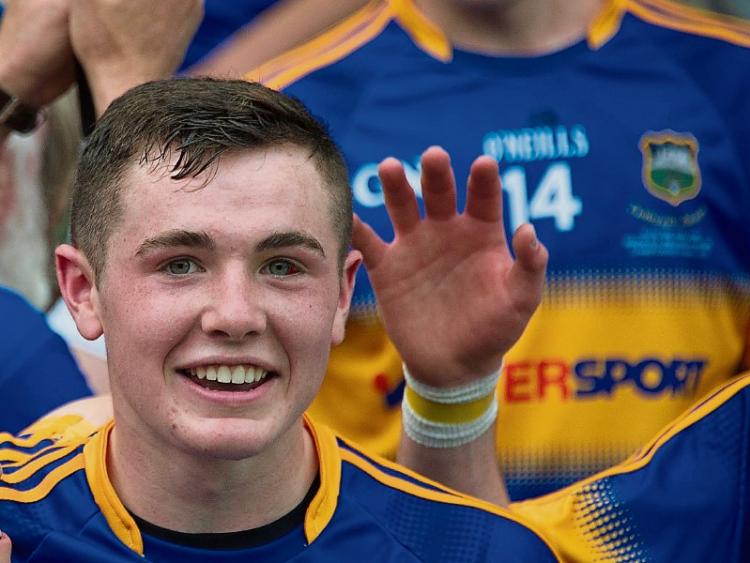 They may be the rank outsiders heading into Saturday’s FBD Insurance County Senior Football Championship Final - their very first football county senior decider - but their young captain promises that JK Brackens won’t be overawed by the occasion.

“There’s no secret about it, Clonmel Commercials will be hot favourites. They’ve excellent footballers and a lot of that team make up the Tipperary senior football team”, says Paddy Cadell.

Cadell has so far enjoyed a busy and successful year. He was on the Tipperary team that won the All-Ireland U-20 Hurling championship; was a member of Tipperary’s All-Ireland Senior hurling-winning extended panel, and was on the JK Brackens senior hurling team that beat Holycross/Ballycahill in last Sunday’s Seamus O’Riain Cup Final.

They might have been given little chance against Moyle Rovers in the semi-final but Brackens were undaunted by the challenge and beat the holders 2-11 to 1-13.

“We got over the line by the skin of our teeth, you wouldn’t have dreamed of being in a county football final at the start of the year”.

With the club also reaching the Seamus O'Riain Cup Final, these are busy times around Templemore.

“These few weeks have been massive for the club”, says the captain.

“I think they (the hurling and football teams) complement each other. We’re building week-on-week and it’s a great honour to be putting on the Brackens jersey in these big games.

“We’re really happy and we’re building a great spirit there within the team”.

Despite losing the services of county player Colin O’Riordan to Australian Rules football in recent years, JK Brackens have coped well in his absence.

“There are a lot of up and coming youngsters there that are playing without fear”.

He agreed that wing-backs Eanna McBride and Neil Quinlan were excellent in the semi-final against Moyle Rovers.

“They’re top footballers and they’re well able to play.  Whenever they pull on the jersey you know they’re going to give it their all. It’s the same with the older fellows on the team that have helped give us experience”.

The felgood factor appears to be rubbing off on all facets of the GAA in Templemore.

“There is definitely fantastic momentum within the club at the moment.

“We won three county football finals last year, and that was a great honour for the club.

“It’s great to be winning these games, and I was at the Munster intermediate football final that the Templemore ladies played.

“Unfortunately they just didn’t perform on the day, but at the same time they’re getting into Munster finals and that’s a great honour for the club.

“There’s great bunting around the town, in fairness to both clubs they came together and we’re really enjoying it at the moment”.