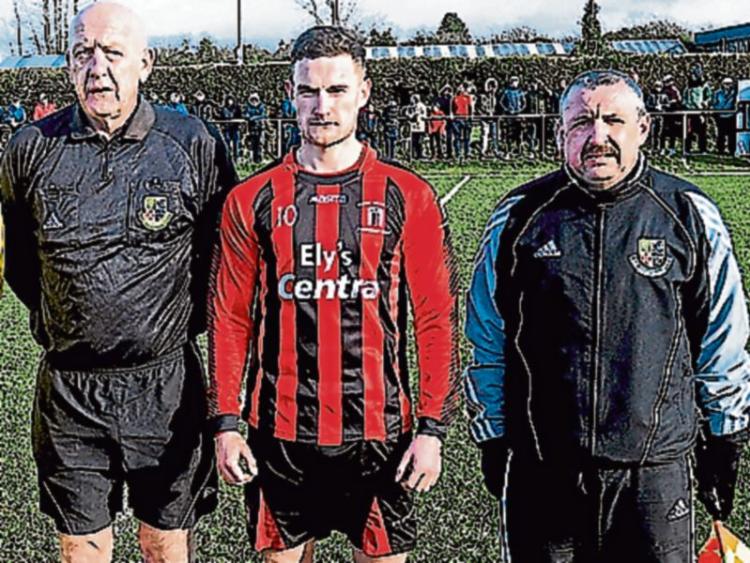 Pippy Carroll scored two early goals for Peake Villa in their win over Glengoole United in the Premier League on Sunday.

Peake Villa started the quicker in this tie and were a goal up after five minutes through Pippy Carroll, when he smartly beat two home defenders and finished to the net.

Fifteen minutes later Carroll made it 2-0 when he was on hand to tap home another good move by the home side who looked like they were going to run up a big score such was their domination at that point.

However to their credit Glengoole United fought hard to get back into the game and were rewarded with a goal  five minutes before half-time. But the home side were given a cast iron opportunity to re-establish their two goal advantage when they were awarded a penalty kick on the stroke of half-time, but they missed the subsequent spot kick.

The home side came out on the front foot and scored through Johnny Coleman from a header after a super cross by Tommy Teer just minutes into the second period, and added a fourth through Ronan McGuire just before the hour mark, to keep his run of goals going.

Again the visitors pulled a goal back ten minutes from the end to try to make a fight of the game late on. Alas for them it was too little too late and Villa continued their excellent start to the season.