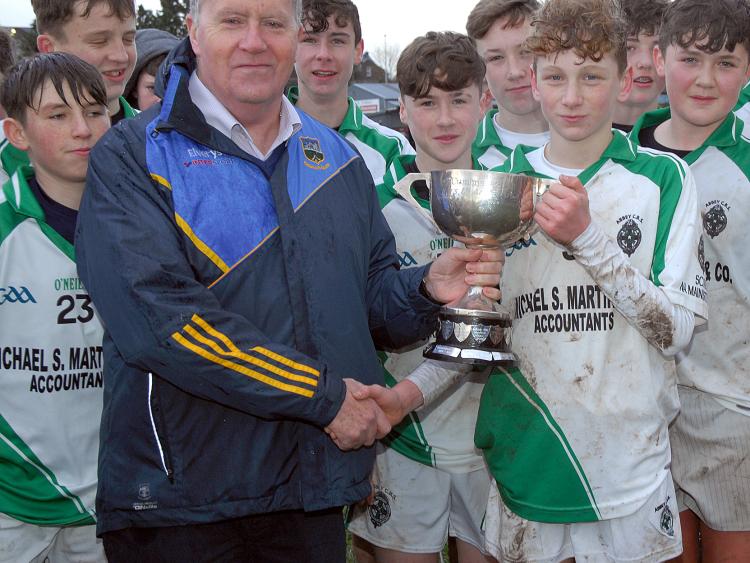 The Abbey CBS in Tipperary town  and Clonmel High School contested the County PPS Hennessy Cup U15B Hurling Final after both teams came out on top of their respective blitz played in early November. Due to the poor weather, pitches locally were not made available and agreement was reached between both schools to play the game on the Abbey School field. The poor weather on the day didn’t interfere with the excellent heart and determination shown by both teams.

Having won the toss, the High School decided to play against the elements in the first half. The first quarter of the game was played with real intensity with the Abbey taking some nice points; two from Conor Martin and one from Stephen Carey with the High School replying each time. The second quarter produced a real ding-dong affair. The Abbey midfielder Conor Martin got on a ball in the middle of the field and took off on a run leaving players in his wake as he ghosted past defenders and placed an unstoppable shot into the bottom corner of the net. The final 10 minutes of the first half belonged to the High School with the full forward line showing great quality, scoring 2-1 with the Abbey replying with two pointed frees from Conor Martin. The highlight of the first half was probably the fantastic efforts from both goalkeepers producing two fantastic saves each keeping their team in the game. 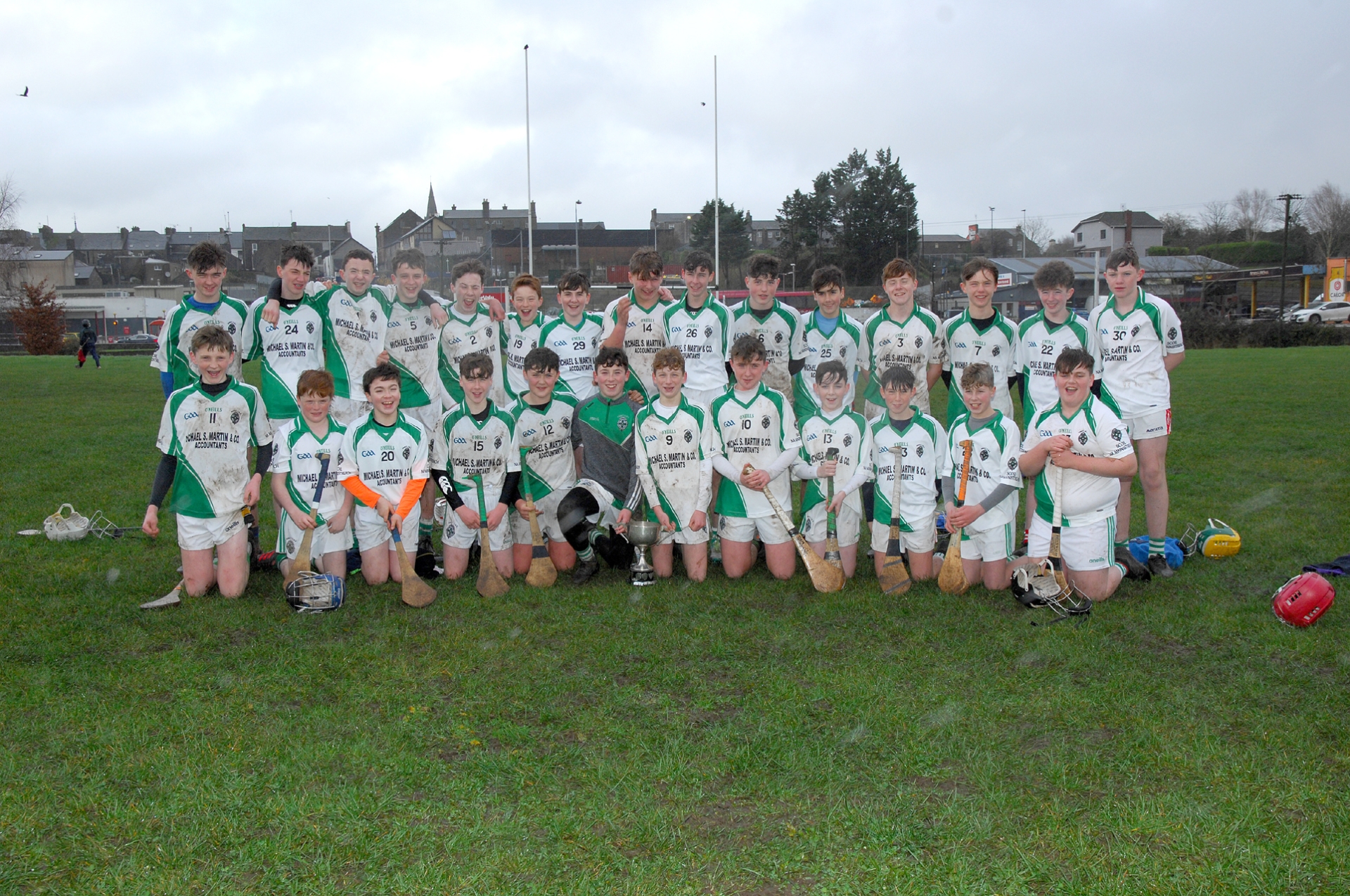 The Abbey made some adjustments in the second half namely dropping Shane O’Grady out around the middle and bringing on Bill Quirke who was unable to start due to a slight illness. Having to play against the wind, the Abbey owned the first quarter of the second half. Finding it difficult to get scores, it was the quality of the defending by the Abbey boys that was impressive, quelling any attacks that Clonmel mustered. Conor Martin got The Abbey back level with frees making it 1-7 to 2-4. It was at this stage the Abbey pushed on and the hard work paid off. The Abbey full forward Kevin Stanley won a great ball thirty yards out, turned his man and with great skill made a beeline for the goal-mouth finishing sweetly with his right foot, giving the keeper no chance. Within a couple of minutes, the Abbey had another major score with Michael Gleeson finding himself one on one with the goalkeeper and with a flick of his right wrist the ball ended up in the back of the net after a beautiful pass from Shane O’Grady. To the High School’s credit, they got a little foothold on the game going into the last 10 minutes. After a long ball in, the Clonmel right corner forward won a great possession, bearing down on goal he was fouled to the ground and a deserved penalty was awarded. The Clonmel full forward took the penalty low to Robbie McGrath’s left, Robbie spread himself well, dived to his left and produced an outstanding save which took the momentum out of the Clonmel attack.

Within minutes of the penalty, Kevin Stanley finished really well again scoring a goal, this time low to the keepers left. Both teams then traded points with Conor Martin scoring an absolute monster of a free near the touchline forty yards out. Again, there was another kick in Clonmel with their corner forward squeezing in a shot low to the net to finish the scoring.

The Abbey had exceptional performers all over the field, Robbie McGrath outstanding in goal, John Phelan, Liam Finnane, Joseph O’Dwyer and Oran Kelly played really well in defence bursting out with balls, hooking and blocking. In midfield, captain Evan Kennedy worked really hard and lead by example with Conor Martin being the real difference between the teams. The High School found it really difficult to match Conor’s work rate and high skill levels whether it was dropping deep, running with the ball, ball winning ability and real scoring threat; Conor was a deserved man of the match. In the forwards, the Abbey had excellent displays with all contributing handsomely to the Abbey’s performance. The move of Shane O’Grady out to the middle really made a difference as he his work rate and quality made the difference when the Abbey needed that link man between defence and attack.