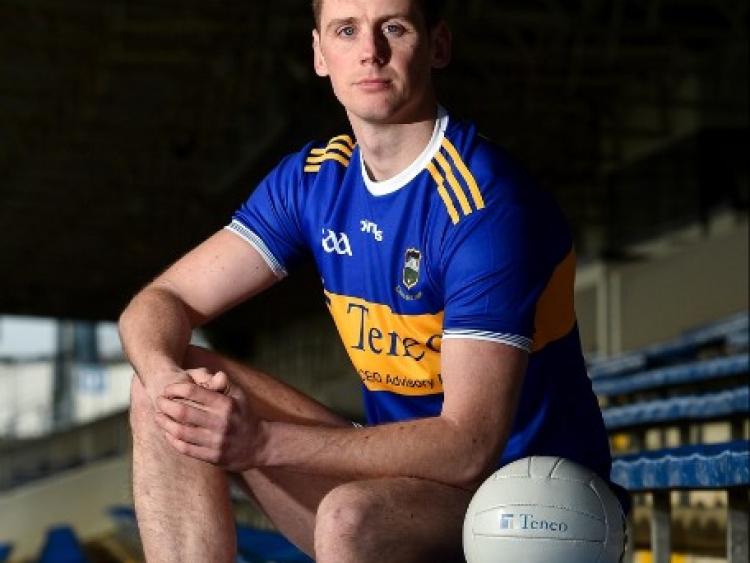 Tipperary's senior footballers led from pillar to post to secure their first win under new manager David Power against an understrength and youthful Kerry side in Sunday's McGrath Cup game in Clonmel.

Despite a late rally by a spirited Kerry team, Tipp held on for a deserved win that atoned for their heavy 22-points defeat by Cork in the opening round of the competition last Thursday.

The game will have assisted preparations for their opening National League game at the same venue against Down on Sunday January 26; and manager David Power will have been encouraged by the performances of Conor Sweeney, Steven O'Brien, Greg Henry, Jack Kennedy, Robbie Kiely and Colm O'Shaughnessy, among others.

With Cork and Limerick already qualified for the final, this match was a dead rubber, but the sides still served up an entertaining contest in front of a decent-sized attendance.

Tipp appeared to be coasting towards a very comfortable victory when they led by seven points after 17 minutes, and they were six ahead at the halfway stage (1-8 to 0-5).

However a brave performance from a mostly U-20 Kerry side - deputising for their senior team who are holidays in Thailand - saw them cling onto Tipperary’s coat tails throughout the second half. A goal two minutes from the end of normal time from the impressive 18 year-old Paul O’Shea, a first cousin of Kerry star David Clifford, reduced the deficit to a single point, and briefly raised the prospect of an upset.

A more experienced Tipp outfit, however, survived that late scare and an additional time point from Jack Kennedy sealed a deserved victory.

Their best player, captain Conor Sweeney, had stroked home a second-minute penalty when Liam Boland was fouled after Dan O'Meara had broken Liam Treacy's delivery. Three points from Sweeney (two from frees) and another from Greg Henry saw Tipp dominate the early proceedings. 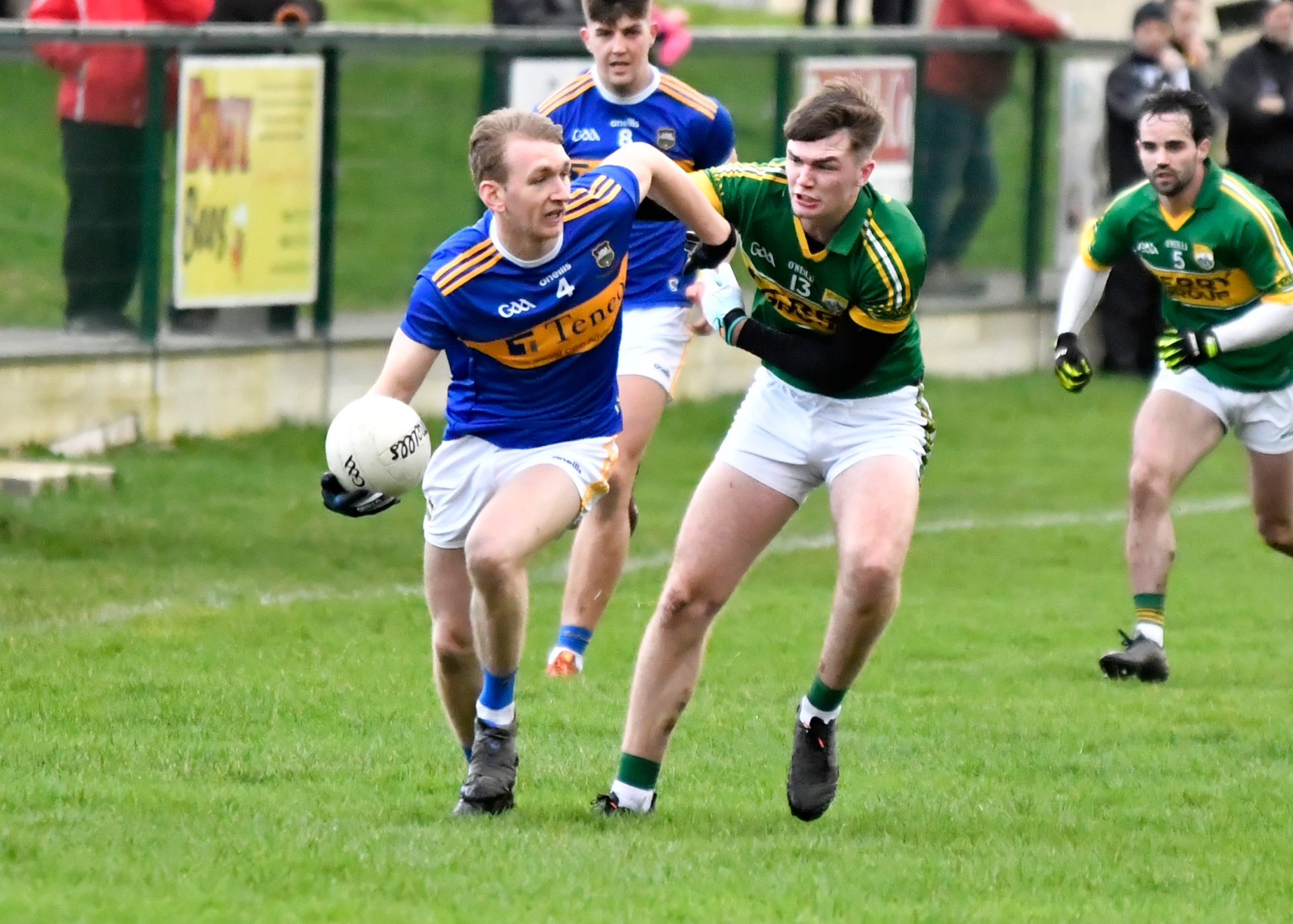 Above - Tipperary's Daire Brennan holds off the challenge of Kerry's Sean Quilter during Sunday's game in Clonmel - Picture: Michael Boland

As they went hunting for a second goal Colm O’Shaughnessy and Dan O’Meara were denied by an outstanding double save by Kerry goalie Deividas Uosis in the 20th minute. By then, a Jack Kennedy point had helped them build up a 1-5 to 0-1 lead.

Kerry came more into the game as the first half progressed and a pair of points from Paul O'Shea, as well as a converted free from Sean Keane, brought them closer.

Tipp had temporarily gone off the boil but regained their composure when Steven O'Brien collected Conor Sweeney's lay-off to kick their first score in 14 minutes. And although Paul O'Shea responded with another Kerry point, Tipp finished the half strongly with further scores from Sweeney and O'Brien.

The second half was relatively unremarkable until Paul O'Shea's late goal threw the cat among the pigeons. Ronan Buckley kicked a good point at the beginning of the second period before Tipp responded with another Conor Sweeney point, the pass supplied by energetic half-time substitute Colman Kennedy.

Three unanswered frees from 17 year-old Sean Quilter, another name to keep an eye out for in the future, halved the six-points deficit, as Kerry provided ample evidence that they weren't going to go down without a struggle. Tipp replied with three scores of their own from Padraic Looram, Colman Kennedy and Conor Sweeney, the latter two coming after poor Kerry kickouts were punished twice in as many minutes.

Kerry, though, refused to throw in the towel and were encouraged by points from Cormac Coffey and Evan Cronin before Paul O'Shea struck that tonic goal.

Any notions that the team from The Kingdom entertained of pulling off a shock victory were dashed when a Tipperary free was worked to Jack Kennedy, who kicked the insurance score, although Kerry were still pressing at the finish. 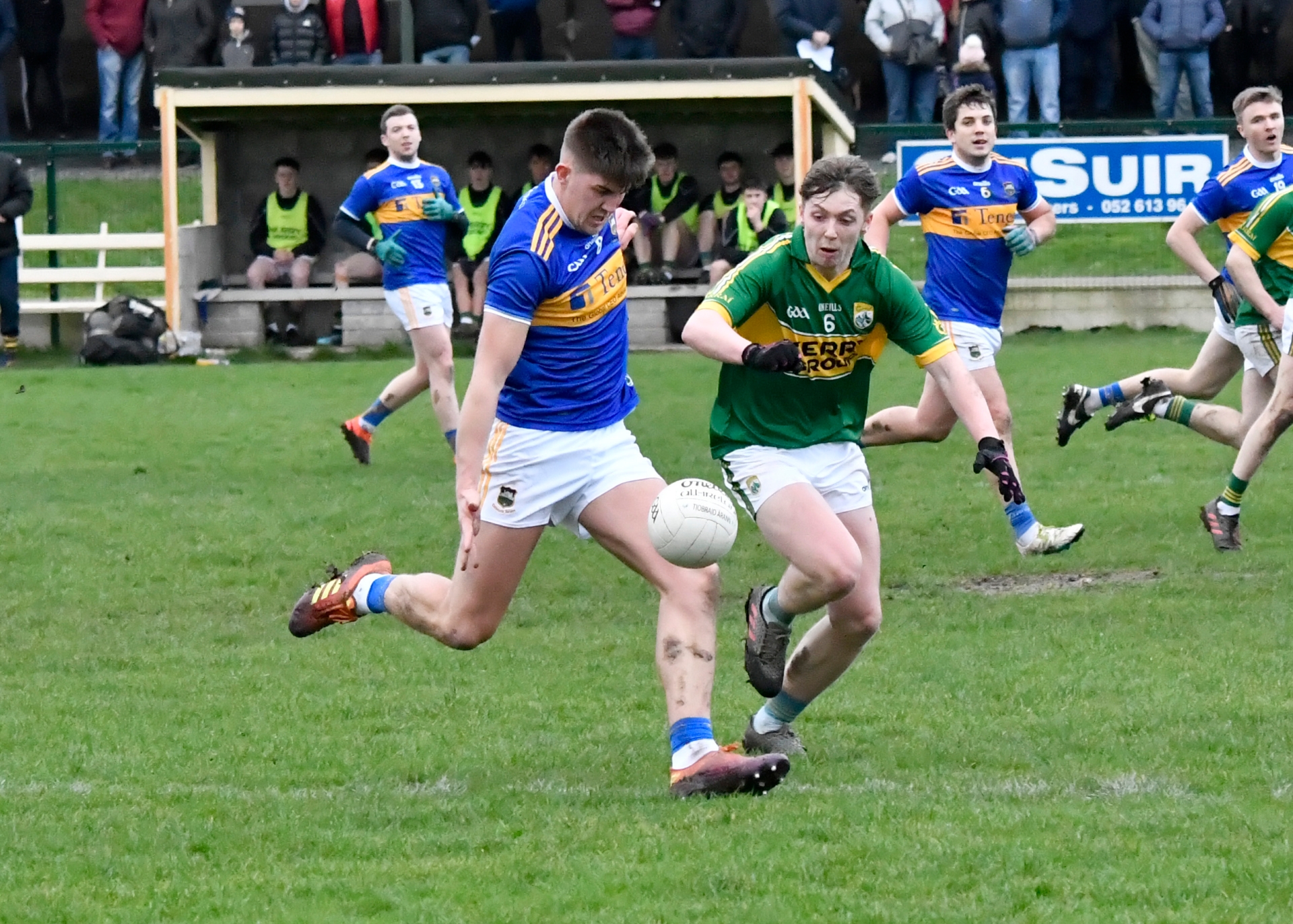 “It was important to get a win”, said Tipp manager David Power.

“It would have been deflating going into the (national) league without having beaten Kerry when they were missing so many players.

“The only thing I'm annoyed about is that it's a game we should have won a lot easier”.

“We should have been really killing the game by half-time”, said Power.

“Even throughout the second half we were leaving them in the game. That sums it up with the turnover that we gave them, it shouldn't be happening at this level”.

“Last Sunday and Monday we were in Dublin on a training camp. We played Thursday, trained Friday and played today. It's been a busy week.

“There was a lot of good work, we've got a good bit of work to do over the next three weeks.

“We're going in the right direction. It is going to take a bit of time, and our focus is the Down match (in the league) and getting ready for that in three weeks time.

“It's just a work in progress and it will take a bit of patience as well”.