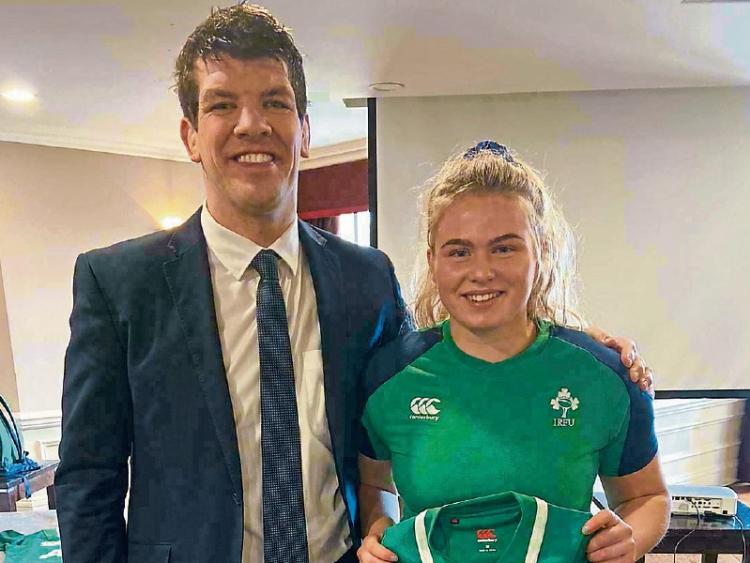 Fethard’s Dorothy Wall won her first international rugby cap last weekend when she was on the Irish team that defeated Scotland 18-14 in the opening game of the Six Nations Championship at Energia Park, Donnybrook.

She was a half-time replacement for captain Ciara Griffin, who had complained of feeling ill during the first half, and made a big impact as Ireland held on for a precious victory to get their campaign off to a flying start.

19 year-old Dorothy, daughter of Sophie and Anthony Wall,  will be hoping to feature again when Ireland entertain Wales in another home game at Energia Park this Sunday.

She plays her club rugby with Railway Union in Sandymount, Dublin.

Ireland head Adam Griggs said they will be looking to develop greater consistency ahead of Sunday’s second round meeting with Wales at the Donnybrook venue.

Stating that there will be a particular focus on reducing their penalty count, something that Scotland were able to take advantage of, he said “the first 20, 25 minutes we were really sharp. We got the rub of the green. Everything that we’d practised was starting to come off. That’s the potential that the group have.

“We looked really good and then we gave away a lot of penalties. Our discipline really hurt us and certainly in the first half it gave them the piggy-back to work up the field and score a try before half-time. It definitely woke us up, but at the same time you don’t want to be giving away points to be woken up”.