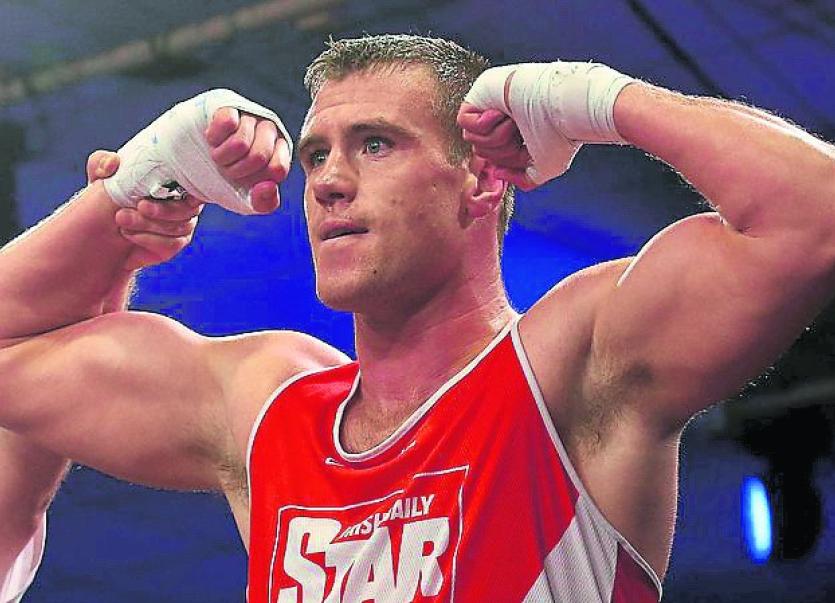 Clonmel boxer Dean Gardiner had been due to take part in the Olympic qualifiers in London this week, but the event has now been postponed

Dean Gardiner's bid to secure a place on the Irish boxing team to compete in the Olympic Games in Tokyo has been thrown into chaos, after the European qualifiers in London were suspended this evening, Monday.
The Clonmel boxer had been due to fight Bulgaria's Petar Belberov this Wednesday in the 91 kgs-plus super heavyweight division.
Because of the Covid-I9 outbreak, the championships had been taking place behind closed doors at the Copper Box Arena at the Queen Elizabeth Olympic Park in Stratford, east London.
However the International Olympic Committee's (IOC) Boxing Task Force (BTF) has now decided to suspend the European qualifiers, as well as the Americas and final world qualifiers due to take place in May.
"The European qualifier, which started on March 14 and was planned to run until March 24, will be closed after today's evening session", the BTF announced shortly after 5pm on Monday.
"Safeguarding the well-being of the athletes, officials and all other participants is a top priority for the BTF. Since the preparation phase of the event, the BTF has been working in close cooperation with the Local Organising Committee (LOC)​,​ the delivery body of the competition as well as its stakeholders, its own medical experts and the national health authorities, to set up the necessary precautionary measures.

"The BTF eventually took the decision to suspend the event today, amid increasing global travel restrictions and quarantine measures, in order to allow the participants from over 60 countries to adjust their travel plans and return home.

"The BTF will continue to evaluate the situation daily, aiming to complete the distribution of the remaining Tokyo 2020 boxing quota places in May and June.

​"​The BTF's priority remains the qualification of athletes on the field of play, and it will inform all stakeholders as soon as more information is available.

"At the same time, the IOC is fully committed to the success of the Olympic Games Tokyo 2020".
Ireland had sent a 13-strong team to the qualifiers, which included Dean Gardiner as well as 2018 world champion Kellie Harrington and last year’s European champion Kurt Walker.
Gardiner has a vast amount of international experience, having competed in World, European and European Games championships in recent years.

Just over a year ago he claimed his fourth Irish Senior Elite Super Heavyweight title by beating his old foe, Martin Keenan from Rathkeale, Co. Limerick, in the final at the National Stadium.