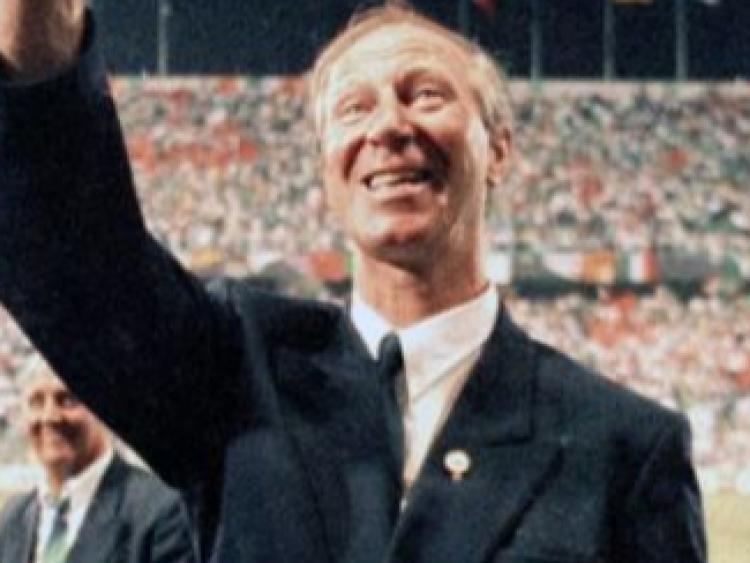 "Press conference??", Jack Charlton snorted with more than a hint of derision in his voice.
The year was 1994 and the Irish soccer manager strolled into a room at Slattery's, The Vision Store in Gladstone Street, Clonmel to find Tipp FM sports correspondent, the late Gerry Long, and myself waiting to interview him.
That same building, unfortunately, is now one of all too many in the town centre of Tipperary's capital that lies vacant and deserted. But 26 years ago it was at the heart of a bustling town centre and the services of Charlton, one of the country's most famous adopted Irishmen, had been secured to perform its official opening.
However despite Slattery's managing director John Fraher's introduction, the presence of just two local journalists clearly wasn't Jack's idea of a press conference, But after that spiky introduction he soon proved an engaging and even warm interviewee, chatting about Ireland's prospects in the World Cup, with the tournament beginning in the United States three weeks later.
Hundreds turned out in Clonmel to welcome the Irish manager, who by then had long since achieved legendary status in the hearts of almost all Irish people. That was in contrast to the reaction when he was appointed in 1986, when the welcome for a man who had famously won the World Cup as a player with England in 1966 wasn't exactly universal; a banner displayed at one of his early games at Lansdowne Road offered the advice 'Go Home Union Jack'.
However the sometimes gruff and always frank, no-nonsense Geordie soon won over the nation, taking Ireland to its first European championship in 1988 - a campaign that included a landmark victory over his native England - and its first World Cup two years later when, remarkably, Ireland reached the quarter-finals.
Soon, phrases such as "put 'em under pressure" and "Jackie's army" became central to the country's vocabulary, alongside never-ending choruses of the ubiquitous Olé olé, which for a time was commissioned as an alternative national anthem.
By the time he arrived in Tipperary on that Thursday in late May, World Cup fever was starting to gather momentum throughout the country, nowhere more so than in Clonmel. The town was still buzzing with excitement and a sense of celebration after Clonmel Town had won the FAI Junior Cup for the first and so far only time the previous weekend; and once a ripple of excitement passed through the large crowd when it became known that he was in the building, a chant of "We Want Jack" was soon ringing around the street.
The man of the moment was the perfect guest, posing for umpteen photos and signing hundreds of autographs, so many, in fact, that he developed a blister on his finger.
Before leaving The Vision Store and being driven to Powerstown Park racecourse, where he was whisked by helicopter to Dublin for yet another appearance on his whistle-stop promotional tour, he was presented with a framed photo of some fishing flies by John Fraher. And the Mayor, Michael O'Brien, invited him back to fish on the river Suir.
Jack Charlton, who died last night at the age of 85, also visited Clonmel three years earlier in 1991, when he cut the tape at the then O'Brien's supermarket, at the site of the old Curran's factory, opposite the town's bus and railway station.
As the tributes continue to pour in following news of his passing, he'll always be remembered as the man who changed Irish soccer forever and someone who lifted the collective spirit of the nation all those years ago, as Ireland emerged from the difficult days of the 1980s.