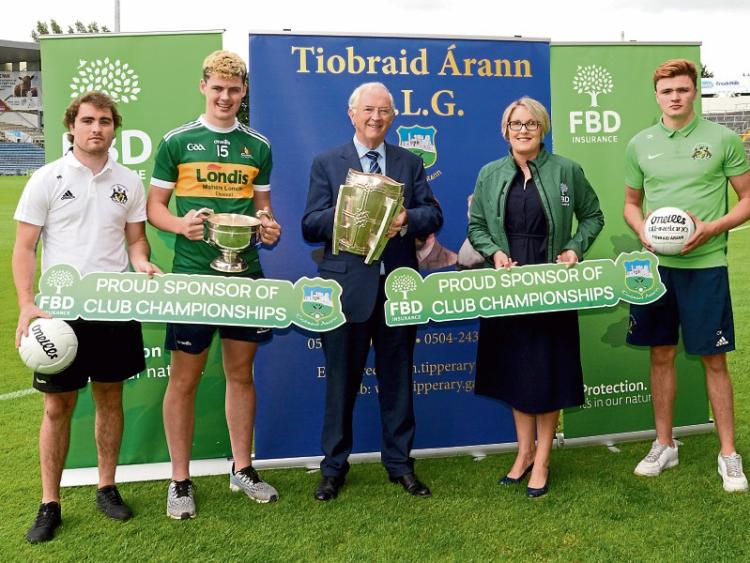 Conal Kennedy of Clonmel Commercials has spoken of the sense of relief among GAA players that a return to the playing fields is only just around the corner.

“Nobody knew what the situation was, it was a case of fingers crossed that we could get back”, says Conal, who lines out for Commercials alongside his brothers Colman and Jack.

“The GAA is such an important part of everyone’s life, really, especially in Clonmel, which is such a big football town. When we got back we were just so happy.

“This year is such a big year for us because we want to do the back-to-back (in the FBD Insurance county senior football championship), something we as a group have never done before.

“We’re just delighted to be back”.

Commercials begin their campaign with a group game against Cahir at Ardfinnan at 7.30 this Saturday evening, and the new format for the delayed senior football championship means there will be no quarter-finals this year.

The winners of each of the four groups will advance to the semi-finals, with the bottom-placed teams in each group playing off to avoid relegation.

It’s a situation that will leave little or no margin for error, adding a heightened sense of importance to virtually every game.

“We have a mentality for every game, that you don’t want to lose a championship match”, says Conal Kennedy.

“But this year the pressure is really on. If you lose a game you’re under serious pressure.

“We won’t do anything differently, we won’t take any team for granted.

“But we have to be at our best from the start. We’re known at the start to have a shaky first game, especially not having kicked a football in three or four months.

“When we get back we just have to be at our best and hopefully go all the way again this year”.

Commercials followed up last year’s county championship success by reaching the Munster Final, where they were defeated by their old foes Nemo Rangers, whom they famously beat in 2015 to become the first and so far only Tipperary team to claim the provincial senior title.

However they’ll be taking it one step at a time from this weekend.

“Last year is in the past, especially the way things have run this year”, says another Commercials player, Ross Peters.

“A few weeks ago we didn’t even think we would be playing championship, so we can forget about 2019 and look forward to the first game against Cahir and take it from there”.

As champions, Commercials are only too well aware that they have a target on their backs.

“Moyle Rovers and Loughmore are always there or thereabouts every year, and even everyone else, such as Ardfinnan, in 2018 no one expected them to get as far as they did”, says Conal Kennedy.

“They proved everyone wrong and that’s the beauty of the championship, everyone goes in with a fair chance.

“We haven’t done back-to-back since the early 90s. “We’re coming off the back of successful underage groups, we like to push ourselves and hopefully we can.

“Obviously with the circumstances it’s going to be difficult,  but hopefully we can come together and get the job done”, he added.

Commercials thought they would have to plan for 2020 without the services of star man Michael Quinlivan.

The 2016 All Star was due to travel abroad this year but had to curtail his plans because of Covid-19 and will, after all, be available for both club and county this season.

“The one year Mikey picked to go away travelling the Covid comes and you wouldn’t wish it on anyone, to be honest”, says Ross Peters.

“You would have to feel sorry for him, after he went off travelling the world.

“But it’s great to have him back, he’s very eager and he’s leading the way for us.

“That’s one positive coming out of the Covid”.