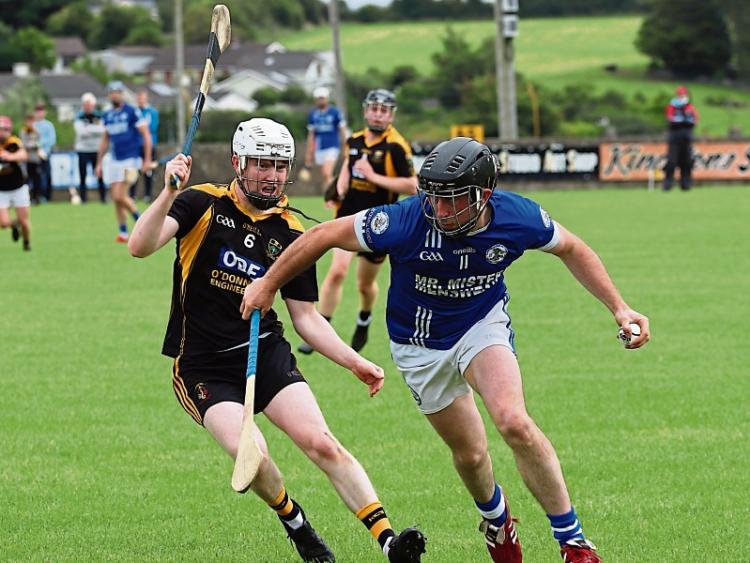 A late brace of points for Rockwell Rovers saw them come out on top in their tussle with a very determined Emly side in the opening round of the Gleeson Concrete West Junior A hurling championship in Sean Treacy Park Tipperary on Sunday morning.

Seven days previously Emly had suffered a very heavy defeat in their opening game of the West Junior A football championship but came out a different outfit from the word go on Sunday. Their work rate was evident from off and their hooking and blocking caused serious problems for a Rockwell Rovers team who struggled to get into any sort of rhythm.

Emly will probably feel a little disappointed that they didn’t get at least a draw from the game and maybe even a win, having had three good goal chances.

Two of  these were saved by Michael O’Donnell in the Rockwell Rovers goal.

Colm Moloney opened the scoring with a point from play for Rovers but this was quickly cancelled out by Emly’s top scorer on the day Aiden O’Heney.

Alan Moloney pointed a 65 in the seventh minute before Emly got their first point from play through Aidan O’Heney in the twelfth minute.

Emly were growing in confidence and started to create more chances. Aidan O’Heney pointed another free to edge them ahead. The same player had his first goal chance when he got one-on-one with Michael O’Donnell but the latter got a touch to put it out for a 65.

The tit-for-tat nature continued for the remainder of the half but late points from Paul O’Heney and an Aidan O’Heney free gave Emly a slight advantage at the interval, 0-6 to 0-4.

Both free takers, Moloney and O’Heney traded points on the resumption before two points in five minutes from Aidan Barron levelled up the game and along with one from Alan Moloney had Rockwell Rovers back in the ascendency.

With ten minutes to go James Purcell picked up a good pass from Paul O’Heney and won a penalty. Aidan O’Heney’s effort was saved and knocked out for a 65 by Michael O’Donnell. Aidan O’Heney levelled the game from the resulting ‘65.

As the clock drifted towards the red Rockwell Rovers found the space and added points from Conor Walsh and Liam Fahy. Aidan O’Heney pointed a late free but Emly just couldn’t get that late point to equalise.