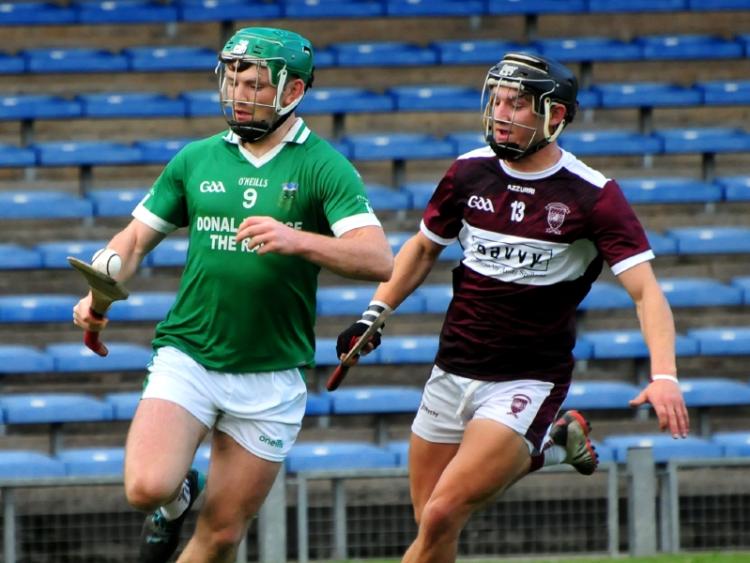 A weekend of high drama on our hurling fields for once leaves the columnist with too much material to navigate. Where to focus is the issue: Sarsfields’ spectacular collapse, perhaps; or Borris-Ileigh’s fall in a penalty play-out; how about Clonoulty’s loss to lively Loughmore; or Kiladangan’s statement of intent.

There’s no lack of subject matter there, that’s for sure. And with semi-finals lined up for this weekend here comes more of the same - we hope. The pairings are unexpected: Drom v. Kildangan and Nenagh v. Loughmore. Who would dare predict a winner now in a strange championship in an even stranger year?

These quarter-finals really have turned this championship on its head. Any form lines we thought existed were blown away last Saturday and Sunday. Kildangan alone have shown a steady trajectory; they stand apart as the only unbeaten side in the last four and are rightful heirs to the favourites tag vacated so unceremoniously by Sarsfields last Saturday.

How the mighty have fallen! We sat dumbfounded on Saturday evening as events unfolded in the Sarsfields/Nenagh tie. A Jake Morris free started what would become a procession of Eire Og flags.

Within eight minutes Morris had hit the Thurles net twice, scorching his way through off feeds from Paddy Murphy and Tommy Heffernan respectively and finishing in trademark style. By the water break it was 2-2 to nil.

Sarsfields response? What response? There was none. Nenagh continued to dominate all the individual collisions and kept the scoreboard ticking over nicely. Not a whimper from Sarsfields, their attack non-existent, clearances from their defence ping-ponged back with unceasing regularity. It was like hitting a ball off a gable end.

A blue situation turned even bluer before half-time when Paudie Maher fouled Tommy Heffernan and Jake Morris dispatched the penalty with some venom. Larry Corbett was called on in the crisis and he was the victim of a foul which yielded Sarsfields’ solitary score of the half – an Aidan McCormack pointed free.

At 3-7 to 0-1 at half-time it was very much a case of game, set and match to Nenagh. The second half played out to an inevitable conclusion. Denis Maher did get a Sarsfields’ goal but the huge lead was never going to be troubled.

The favourites were out, humbled it could be said by a Nenagh side that moved with purpose and precision.

How does one rationalise this turnout? The news of Billy McCarthy’s awful luck with injuries had to be a downer and probably deflated the camp somewhat but could never fully explain this collapse.

In hindsight their perceived renaissance this year probably inflated expectations. In particular the Loughmore game had a freakish aspect, best exemplified by Noel McGrath’s anonymity.

Tactically too they miscalculated, not targeting Jake Morris until the match-defining damage was done and the game’s trend irrevocably set. Loughmore are unlikely to be as accommodating in the semi-final.

For Nenagh it was a remarkable transformation from their game with Clonoulty. Of course they’ve done it in the past and that knowledge, plus the tag of rank outsiders unburdened the side and helped them unleash their best form of the season thus far.

It’s familiar territory for Eire Og, where in the past they’ve taken a major scalp but then failed to follow up. There’s the challenge they now face. Going on past evidence this result probably means they won’t win the title - but maybe that’s just the cynic in me.

For sheer volume of incident and drama it would be hard to surpass the Borris/Drom tie on Sunday evening. A draw, extra time and penalties were just about all we could take at the end of a frantic weekend of action.

At the conclusion of it all the champions of Tipperary and Munster were out, floored by the unforgiving process of penalties.

There will be deep, deep regrets up Borris way after this outcome. Put harshly this was a self-inflicted wound. It was a game they had within their grasp on several occasions but they seemed determined to tease the fates and they paid a very heavy price.

The four goals were their undoing and each one was so avoidable. The first in fairness had a major dollop of ill-luck attached. Callanan’s free from outfield was under-hit and rebounded off the crossbar for an alert Joey Maher to tap home.

Goalie, James McCormack might have done better but he atoned for that one with a double save on a penalty later.

He’ll have nightmares though on the final goal, when a bit of silly retaliation saw a free out cancelled. The ensuing throw-in led to the goalmouth scramble where David Butler poked home.

Even Callanan’s goal was a careless concession by the reigning champions. To begin with some dissent saw the free brought forward to about 30 metres from goal. With nothing to lose Seamie had a rattle and somehow the ball squirted off the defensive wall and into the net.

You simply can’t gift your opponents goals like those and still hope to stay standing. 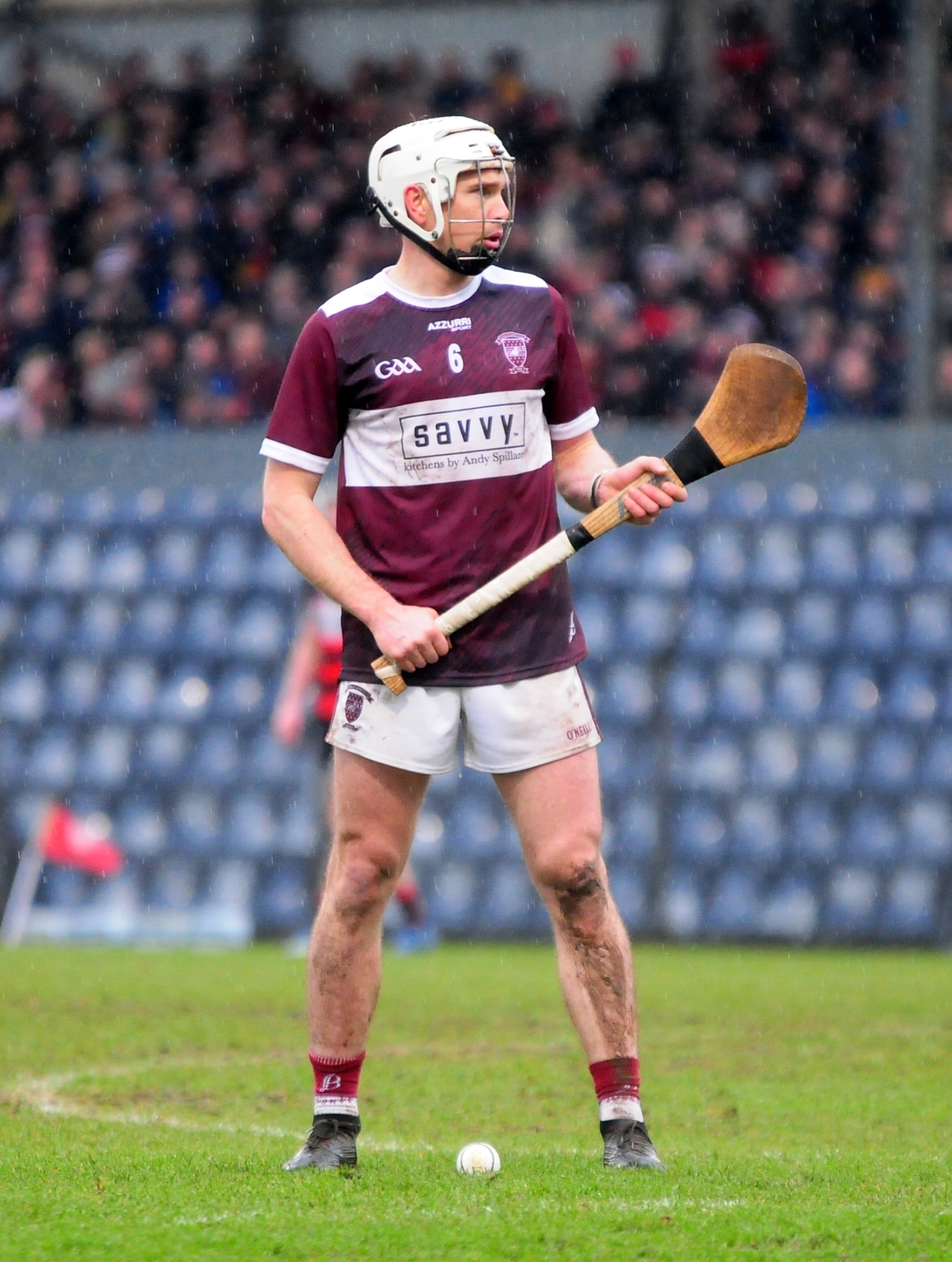 It was a very bittersweet occasion for Brendan Maher – more bitter than sweet I’d suspect. He had some marvellous plays in the game and the quality of his free-taking was outstanding, none more so than the one that sent the game to extra time. The Examiner report said it was from over 80 yards. Substitute 100 for the 80 and you’ve a more accurate account.

But then there was the issue of two saved penalties. The first might well have closed out the game in normal time and the second was the one which sealed the outcome in the penalty shoot out.  It was rough justice on a great player.

The hero of the day was Drom’s goalie, Eoin Collins. The penalty saves, three in total, represented an extraordinary contribution to a famous win. But those spectaculars aside, it was the bread and butter business that he did so commendably throughout that really put a stamp of excellence on this performance.

He had a host of tricky lobs to contend with, often with forwards breathing close and he never flinched on one of them. It was one of the most complete goalkeeping performances I’ve seen for many moons.

The goalie’s contribution plus their feisty display, full of energy and fight meant that Drom deserved their luck on the goals. It was a sweet win for the parish, though they’ll worry about the fitness of Seamus Callanan for this weekend.

A final thought on the game: why does the scoreboard clock not stop for the water breaks? It leads to time confusion at the end. David Butler’s first goal came in the 36th minute of the second half and Brendan Maher’s leveller was in the 38th minute, according to the clock. How much of that was water break time?

I’m running out of space for the other two games but then they had less to offer. Kiladangan’s seven-point win over Toomevara was reasonably comfortable. I never sensed that they were going to lose this one, though Toome kept them on their toes all the way, the goals once more the major items in the outcome.

Kildangan have this capacity to slice open defences. They’ve now hit seven goals in the past two games and 10 goals in their four championship ties thus far. It’s an impressive strike rate, one that will have been noted by James Woodlock and company as they prepare for their semi-final.

The key man for me last Saturday in attack was tall Dan O’Meara. He put away the first goal after being fed by Sean Hayes, he created the third for Joe Gallagher and won several frees. He just seemed to trouble Toome all day.

Things seem to be lining up neatly for Kiladangan in this series. From a slow start against J.K. Brackens they’ve steadily built a head of steam, and with the favourites falling away surely opportunity knocks. Drom will have other ideas.

I’ve left the final game until last because for me it was the most disappointing of the weekend. Somehow Loughmore and Clonoulty failed to sparkle, though that won’t bother the winners who did their business in an efficient and business-like way.

Clonoulty were hugely disappointing. They were flat with little zip in their play and perhaps the evidence of the Holycross tie was more significant than we thought. Their attack especially misfired badly.

Apart from Timmy Hammersley’s 12 frees (and single point from play) the remainder of the starting forward line managed a mere four points from open play between them.

It was a very typical Loughmore display, well organised, hard-working and taking their chances when they presented.

In contrast to Clonoulty they had a huge spread of scorers and of course the stand-out strikes were the pair of Ciaran McGrath goals in the third quarter, which effectively decided the outcome. The game lacked sparkle but for Loughmore it was mission accomplished.

Their semi-final with Nenagh is a very difficult one to call. I think the last major clash of the clubs was in the 2018 quarter-final when Eire Og had five to spare.

There’s a real clash of styles when this pair meet. It’s town against country. Nenagh are more variable in their play, Loughmore steadier. They’ve both had down days in this series and both hit form last week.

It’s now a question of whichever can carry over the form to a second week. I suspect the bookies will have little separating them.

Kiladangan, though, I assume will be fancied to take out Drom. They’ve been the coming team in recent years, losing two finals and surely this will be seen as a real window of opportunity to make the long-awaited breakthrough. That of course brings its own pressure.

Exciting games in prospect then, and on present trends expect the unexpected.