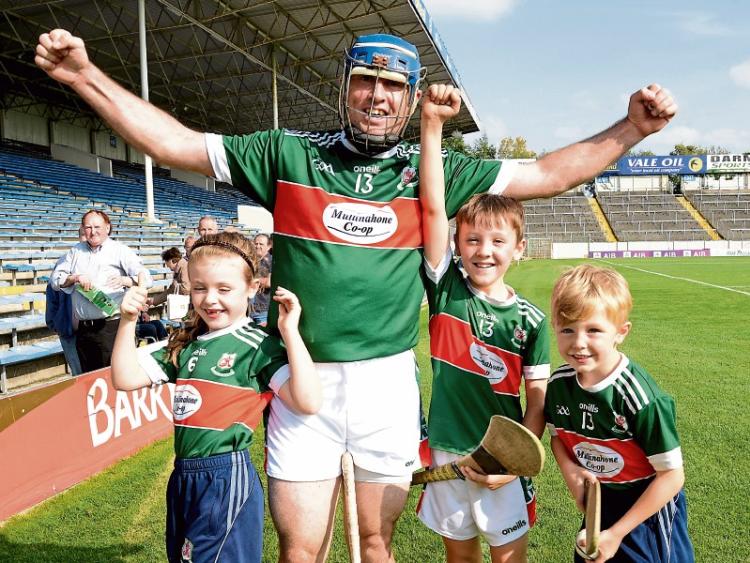 Eoin Kelly celebrates with his children after Mullinahone’s great win

Mullinahone’s 4-18 to 2-19 victory in the final of the second tier of the county senior hurling championship ensures their promotion to the higher level and means they’ll be back competing in the Dan Breen Cup next year, a trophy that they won for the only time in 2002.

Eoin Kelly scored 2-5, including 2-2 from play in his side’s deserved success.

His scores were crucial to the victory and he proved an inspiring captain who led by example.