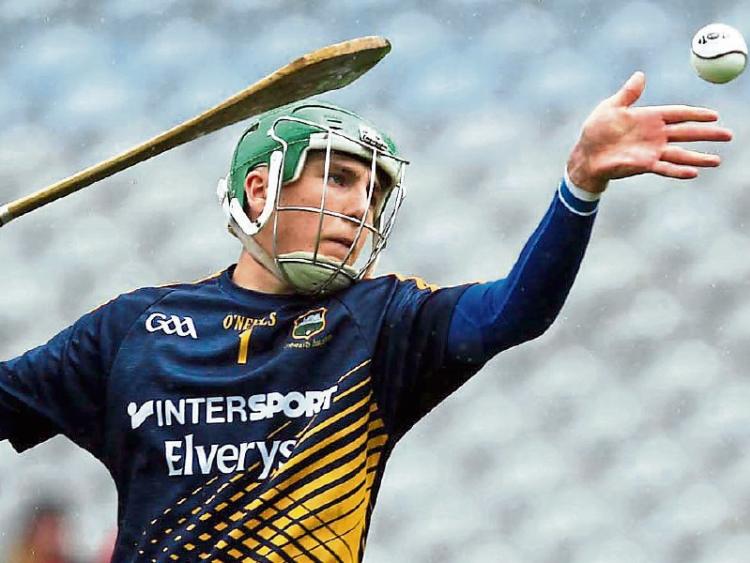 Aaron Browne, Knockavilla-Donaskeigh Kickhams, is on the Tipperary U20 panel to play Clare in the Munster championship quarter-final at Semple Stadium on Monday night

With the club scene in abeyance – and unlikely to restart any time soon – all focus now switches to the inter-county arena, where action commences this coming weekend with underage games.

For Tipperary that means a Sunday date for the minor hurlers against Kerry in Limerick and a Monday evening slot for the U20s, when Clare come calling to the Stadium.

It will be a case of the past revisited for inter-county games this autumn. The seniors revert to a knockout provincial format, with All-Ireland qualifiers added on, such as prevailed up to 2017.

For the minors too the round robin is replaced by an uncompromising, sudden death knockout, as is the case with the U20s. All round then it will be form on the day with no fall-back comfort, apart from the second chance qualifiers for the seniors.

In two of the grades, of course, we go in as reigning royals, following the senior and U20 successes of last year. That means there’s much to lose – or retain – in a year that will stand out in the records for its strangeness.

The U20 side will actually be chasing a three in-a-row, following Liam Cahill’s extraordinary double delivery with that U21 win in 2018 and the U20s last year. Coming after his 2016 minor achievement it all adds up to a hugely impressive CV. No wonder Waterford came calling.

Cahill’s record stands apart as arguably the greatest-ever by an underage manager in Tipperary. For his nearest rival I’d go back to the 1979/81 era when Tipperary did an U21 treble with Mick Minogue and his colleagues Billy Carroll, Danny Morrissey, Paddy O’Meara and Phil Lowry.

Cahill probably earns the nod for his sheer adaptability in effectively moving through three different age brackets and sustaining the winning momentum throughout. His achievements will stand the test of time.

There’s no pressure then on his successor, John Devane, is there? The new man has been involved with Thurles CBS, where he teaches, and his stock really rose when taking his native Clonoulty/Rossmore to an unexpected county final win in 2018. Yet he inherits a really tough assignment here.

It’s never easy taking up the reins after a successful run by a predecessor. Comparisons will be inevitable and nothing bar another All-Ireland will match up. That’s before even mentioning the peculiarities of this present year, which make matters even more problematic for the manager.

I had to be reminded over the weekend that this year’s U20s are the group that missed out when the minor age changed from 18 to 17 two years ago. In 2018 they should have been in their minor prime but missed out with the change.

For analysis purposes that skipped year means there’s no reference point to fall back on vis-à-vis other counties and how we fared against them. It’s just one of several oddities about this year that makes it difficult to anticipate.

John Devane has just six of last year’s starting formation to call upon this time. At the defensive end he has goalie, Aaron Browne from Kickhams, and Cashel K.C.’s Eoghan Connolly.

The goalie made his mark as a 2018 minor and his progression was rapid under Liam Cahill, with a string of excellent saves to his credit during last year’s campaign. 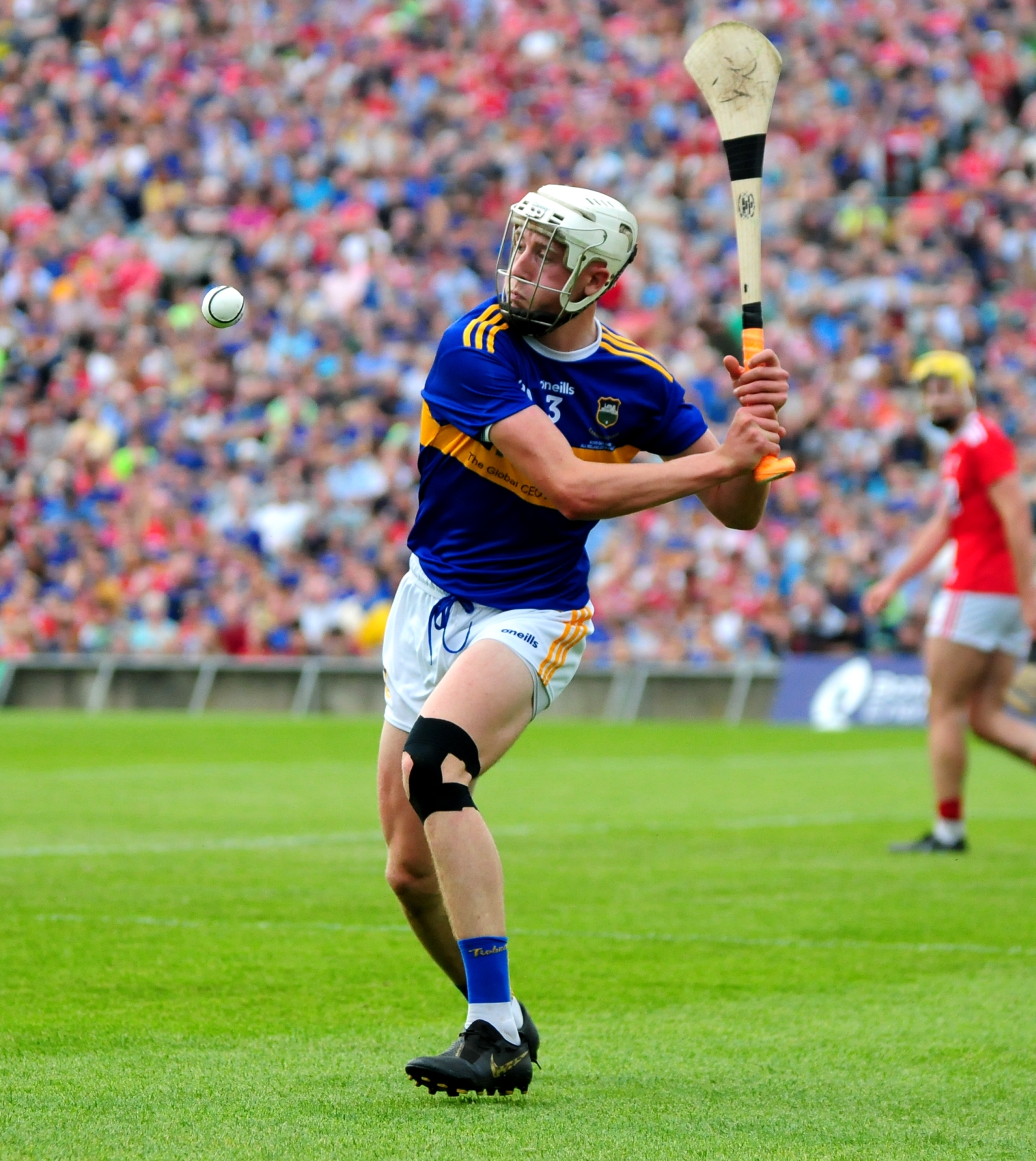 T.J. Connolly’s son, Eoghan, will captain the side on Monday night, which is no surprise given the fact that he’s the sole survivor from the 2018 side which shocked Cork in the All-Ireland U21 final. In the sweeping changes made after the Munster final wipeout that year Connolly was one of the players promoted to corner back for the All-Ireland series.

Again last year he was a pivotal pillar in the defensive infrastructure and he’s a player widely expected to get a call to the senior panel very soon.

The other four survivors from last year’s winning fifteen all started in attack against Cork in the All-Ireland final, though Johnny Ryan (Arravale Rovers) has tended to be fluid in his positioning, ranging from half back to midfield to half forward.

He captained the minors to a Munster title in 2018 before they bowed out to Kilkenny in the All- Ireland semi-final.

Gearoid O’Connor and Conor Bowe (both Moyne/Templetuohy) and Andrew Ormond (J.K. Brackens) were all central cogs in last year’s high-scoring attack, which should give John Devane and his management team a decent foundation to work from.

Others from last year’s panel, who are still young enough, will be looked at for evidence of progress and there are plenty of names in that category. Kiladangan’s Sean Hayes and Kilruane’s Kian O’Kelly played significant parts in last year’s championship, mostly in on/off roles as substitutes, which suggests they were close to the first fifteen if not quite nailing down starting slots.

A year on and Hayes should have benefitted from his part in Kiladangan’s big breakthrough while O’Kelly was a useful contributor to Kilruane’s efforts, albeit in a year when the club disappointed its followers.

There are others too from last year’s extended panel who will be hoping to push their way into the reckoning this time.

In the circumstances of this year’s pandemic and the skipped year for the minor class of 2018 there’s a significant unknown element heading into this competition. And the problem is that you get little time to learn on the hoof because one slip and your season is over.

We did manage to beat Clare in the 2018 minor series but of course that’s of minimal significance, given the personnel likely to be playing on Monday evening. The word is that Clare will be handy, boosted by St Flannan’s Harty Cup win earlier this year.

In the past their Harty teams drew players from many counties, often including a significant Tipperary element, but with the abolition of boarding at the Ennis establishment this year’s crew is entirely home grown.

I saw their Harty semi-final win over Our Lady’s Templemore earlier in the year and they seemed a forceful side, so I’d assume we can expect a quota of those lads to be involved on Monday. A standout presence on that team was centre back, Cian Galvin of Clarecastle, a player Anthony Daly has been known to tout as a future Clare senior.

Anyway, we’ll all be much wiser by Monday night. In preparation for this championship the Tipp side played challenge games against Cork, Limerick, Kilkenny and Dublin.

Apparently they lost to Cork and Dublin, drew with Kilkenny and beat Limerick, though it’s never wise to read much into the results of such games where managements are experimenting and you don’t have the cut and thrust of a championship tie.

John Devane is aided in his endeavours by a management team of Toomevara’s Ken Dunne (coach) and selectors Dan Hackett (Kiladangan) and Richie Ruth (Thurles Sarsfields). A win here and the side is off to Dungarvan the following week for a semi-final with Waterford.

For their part the minors are once again managed by Paul Collins (Drom/Inch), with Shane McGrath doing the coaching alongside selectors Tony Shelly (Killenaule) and Ger Ryan (Cappawhite), who complete the set-up.

If there’s an unknown aspect to the U20s there’s even less familiarity with the minors. This grade, I’d suggest, has lost a lot of status since the drop in age from 18 to 17. Chronologically it’s only a year of difference but in terms of teenage development it’s much more. 18-year-olds are men; 17-year-olds are still boys.

Traditionally the minor grade was seen as a crucial stepping stone, featuring players on the cusp of adulthood, the best of whom would quickly graduate to U21 and senior. In its newer guise it’s closer to those underage tournaments like the Tony Forristal. This age change is one adjustment, I think, that will have to be revisited.

For all that we still look to the minors as an important indicator of what the conveyor belt is pushing our way. In that regard last year’s minors were a major worry, which puts added pressure on the same management this time.

In the Munster round robin series of 2019 Tipperary’s sole victory was against Waterford; they lost to Cork by 12 points and the margin was 15 when they fell to Limerick. Losing is one thing - not being competitive is quite another.

This time the draw has been very kind to the class of 2020. They play Kerry on Sunday and should progress from there to a semi-final date with Waterford on October 30.

The published minor panel features around seven of last year’s group and has a significant spread of club names across all four divisions. The south is lagging behind with just three panellists but there are nine from the west, 10 from the mid and 11 northsiders. Incidentally Clonoulty/Rossmore top the individual club list with four representatives.

Tipperary hurling entered 2020 in a very healthy state following the highs of 2019 - hopefully the prognosis will still be wholesome following this weekend’s action.