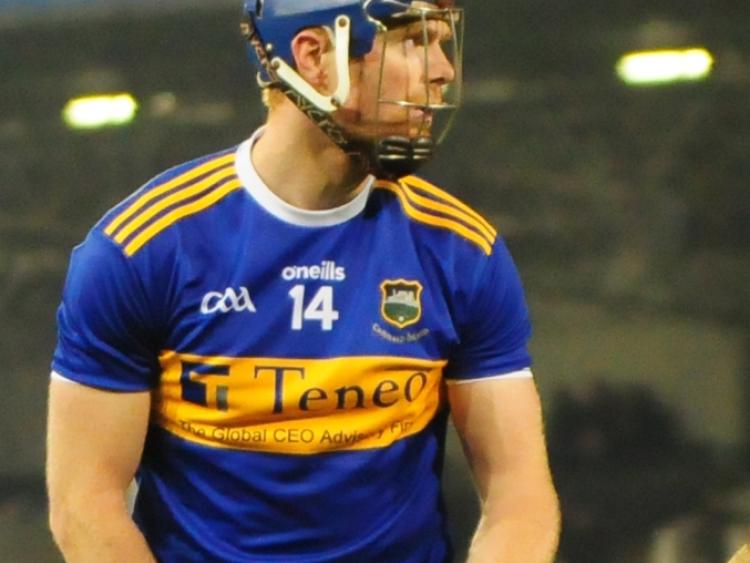 Tipperary must do it the hard way in the defence of their All-Ireland senior hurling championship title, after this nine-points defeat by Limerick in the Munster semi-final at Páirc Uí Chaoimh consigned them to the qualifiers.
In a game played in extremely difficult conditions on a foul afternoon in Cork, Limerick scored their second convincing victory in the space of a week, following their dismantling of Clare the previous week.
They were the better, slicker team, not to mention more driven and passionate, in a display that spoke volumes for the benefit of having played a game the previous Sunday.
The free that led to Pat Ryan's point towards the end, when Ronan Maher was surrounded by a posse of Limerick players and penalised for over carrying, underlined the intensity and incredible workrate that they brought to the contest.
As if this Covid-19-ravaged year wasn't bleak enough, conditions at Páirc Uí Chaoimh were punitive. The heavy rain, fanned by a strong, swirling wind that blew down the pitch meant this was as much a case of survival of the fittest as it was a test of hurling skill or ability.
Limerick were nine points ahead at the break and by the 48th minute had stretched that lead to 2-18 to 1-11 when Aaron Gillane converted a penalty after Gearoid Hegarty was taken down by Cathal Barrett.
Tipp replied with points from Michael Breen and Jason Forde's free before John McGrath threw them a lifeline with a 54th minute goal. It was a controversial score, with Noel McGrath appearing to pick the ball off the ground before teeing up his brother.
Just five points separated the sides when Alan Flynn scored two minutes later. But it was only delaying the inevitable, as Limerick powered their way to the finish line.
They were home and hosed by the time Seamus Flanagan rubbed further salt into the Tipperary wounds in additional time when he lobbed a shot to the top corner of the net, after David Dempsey had been denied by Tipp goalie Brian Hogan.
Tipperary had notable contributions from Noel McGrath, Jason Forde, Alan Flynn and Sean O'Brien, while Seamus Callanan and Jake Morris were at their best in the first half.
But they could have no complaints with the result.
Limerick started with the driving wind and rain behind them and unsurprisingly made most of the running in the opening half.

A string of points from Diarmaid Byrnes' free, Gearoid Hegarty, Tom Morrissey (two), William O'Donoghue and Aaron Gillane's free had them ahead by 0-6 to 0-1 after eight minutes.
A Jason Forde free had opened Tipp's account in the fifth minute, followed by a Noel McGrath effort that had been initially waved wide by an umpire.
Another Forde free, awarded when Alan Flynn was fouled, further reduced the deficit.
Limerick, however, were still the dominant force and Gearoid Hegarty had the ball in the net after a quarter of an hour, only for referee Liam Gordon to rule that Cian Lynch had thrown the ball in the build-up.
For Tipperary, the first half was mostly a case of digging their heels in, plundering the odd score and riding out the storm until they had the elements behind them in the second period.
However they caught a break in the 19th minute when Seamus Callanan popped a smart pass in Noel Morris' direction, and although the Nenagh player lost control of the ball under pressure from Sean Finn, he regained his composure to shoot to the net, leaving it at 0-9 to 1-5 in Limerick's favour.
Limerick responded immediately when Aaron Gillane kicked low to the net. And before half-time arrived they had outscored Tipp by 1-8 to 0-3.
Tipp found it difficult to counteract their direct, strong running style, although only four points separated the sides by the 28th minute (1-12 to 1-8).
Limerick's interval lead of nine points might even have been greater when Aaron Gillane made a great catch in front of goal. His attempted shot was foiled by a great block by Sean O'Brien, although Graeme Mulcahy managed a point.
However Limerick then turned the screw by rattling over five points in-a-row, the last two of which were excellently struck by Peter Casey and Graeme Mulcahy.
Tipperary: Brian Hogan, Cathal Barrett, Barry Heffernan, Sean O'Brien, Ronan Maher, Brendan Maher (0-1), Padraic Maher, Noel McGrath (0-2), Alan Flynn (0-1), Mark Kehoe, Jason Forde (0-10 frees), Niall O'Meara (0-1), John McGrath (1-0), Seamus Callanan (captain), Jake Morris (1-1).
Substitutes: Michael Breen (0-1) Mark Kehoe (45 minutes), John Meagher for Padraic Maher (51 minutes), Dan McCormack for Niall O'Meara (54 minutes), John O'Dwyer for Jake Morris (61 minutes), Paddy Cadell for Barry Heffernan (68 minutes).
Limerick: Nickie Quaid, Sean Finn, Dan Morrissey, Barry Nash, Diarmaid Byrnes (0-3, 2 frees), Declan Hannon (captain), Darragh O'Donovan, Cian Lynch (0-2), William O'Donoghue (0-2), Gearoid Hegarty (0-2), Kyle Hayes, Tom Morrissey (0-2), Graeme Mulcahy (0-2), Aaron Gillane (2-6, 0-5 frees, 1-0 penalty), Peter Casey (0-1).
Substitutes: David Reidy (0-1) for Tom Morrissey (57 minutes), Seamus Flanagan (1-1) for Graeme Mulcahy (59 minutes), Pat Ryan (0-1) for Darragh O'Donovan (63 minutes), David Dempsey for Gearoid Hegarty (69 minutes).
Referee: Liam Gordon (Galway).