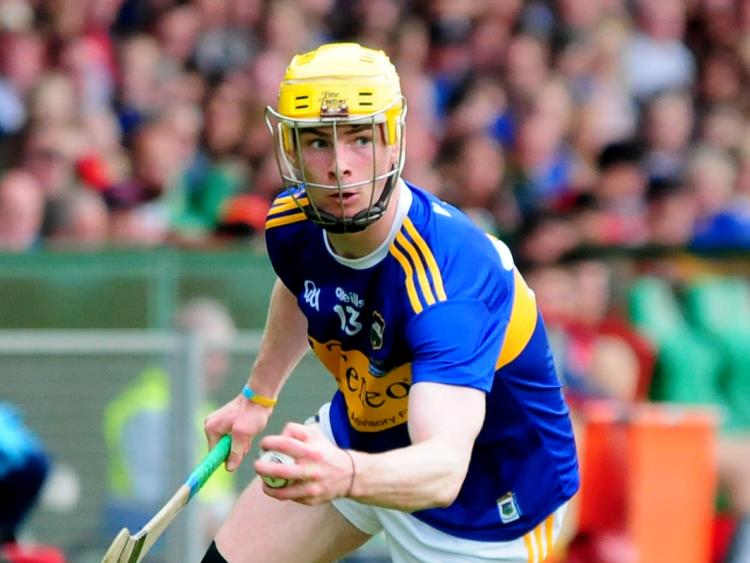 All-Ireland champions Tipperary reached the Munster U20 hurling championship final after this extraordinary semi-final defeat of Waterford after extra-time in Fraher Field, Dungarvan on Tuesday night.
Tipperary will play Cork at a Cork venue in the final next Wednesday night after a remarkable turnaround in fortunes saw them eventually ease to victory, a surprising outcome considering Waterford's dominance for the majority of this contest.
Waterford were the better team in normal time, but with the finishing line in sight and tantalisingly close they were somehow caught by a late Tipperary surge that threw them the lifeline of extra-time.
The holders had struggled to discover any sort of rhythm for much of this contest, but roused themselves for one final rally and a superbly-taken goal by substitute Max Hackett in the fifth of six additional time minutes earned them a reprieve, and ensured that extra-time would be required to separate the sides.
Conor Bowe's point in the first minute of extra time gave Tipp the lead for the first time all evening.
But even that score offered little indication of what was to follow, as Tipp cut loose in quite devastating fashion and outscored their opponents by 3-4 to no score in the first period of extra time to all but book their place in the decider.
Another substitute, James Devaney, followed up Bowe's point with another white flag. Then the heavy fire started in earnest. When Waterford goalie Dean Beecher batted James Devaney's dropping ball into no man's land, Devon Ryan was onto it like a flash to send a first-time groundstroke to the net.
Waterford had scarcely time to draw breath when Devon Ryan added a point from a free and a minute later Conor Bowe hit a rasping drive past Dean Beecher in the Waterford goal when he was teed up by Max Hackett.
The pummelling continued when Devon Ryan connected with Kevin McCarthy's long delivery to drive home the fifth goal, and when Conor Bowe added a point the comeback was well and truly completed.
Tipp didn't disturb the scoreboard in the second period of extra-time but they didn't need to. They were in the comfort zone at that stage and even a late red card for substitute Sean Hayes never threatened their newly-discovered superiority.
Waterford hit 1-2 in that final period of extra time, the goal coming from Cormac Power. However those scores were scant consolation at the end of a game that they really let slip from their grasp.
This was Tipperary's first game in eight weeks since defeating Clare in the quarter-final. However, on a well-maintained but energy-sapping surface, they lasted the distance much better than Waterford, who were playing their first game. The Deise players noticeably tired as the game entered the twilight zone and they lost the influential trio of Iarlaith Daly, Alan Kirwan and Sam Fitzgerald to injury in the second half of normal time.
Their best player, full forward Michael Kiely, also limped out of the action seven minutes into extra time, while other players were treated for cramp.
It took Tipp an age to get motoring but once they did get into the groove they were ruthless and clinical.
Devon Ryan typified this approach with his pair of goals, while his accuracy kept Tipperary in touch in the second half of normal time, when he converted five placed balls as well as a point from play that followed a great save by Dean Beecher, from the eight points they scored in that phase of the game.
Conor Bowe blossomed as the game progressed and as gaps began to appear in the opposition defence, while Andrew Ormond was at his best in the first half of normal time.
Substitutes Max Hackett and James Devaney really made their presence felt, Hackett scoring the vital goal that secured extra time and supplying the ammunition for the fourth goal, scored by Conor Bowe.
Devaney also gave the attack a boost when it was badly needed. Kevin McCarthy and Kevin Maher hurled an amount of ball around the middle of the field while captain Eoghan Connolly grew in prominence and authority as the game progressed.
Playing with the strong wind, Waterford sprang from the traps and Michael Kiely went through two Tipperary challenges before firing to the net in the fourth minute. 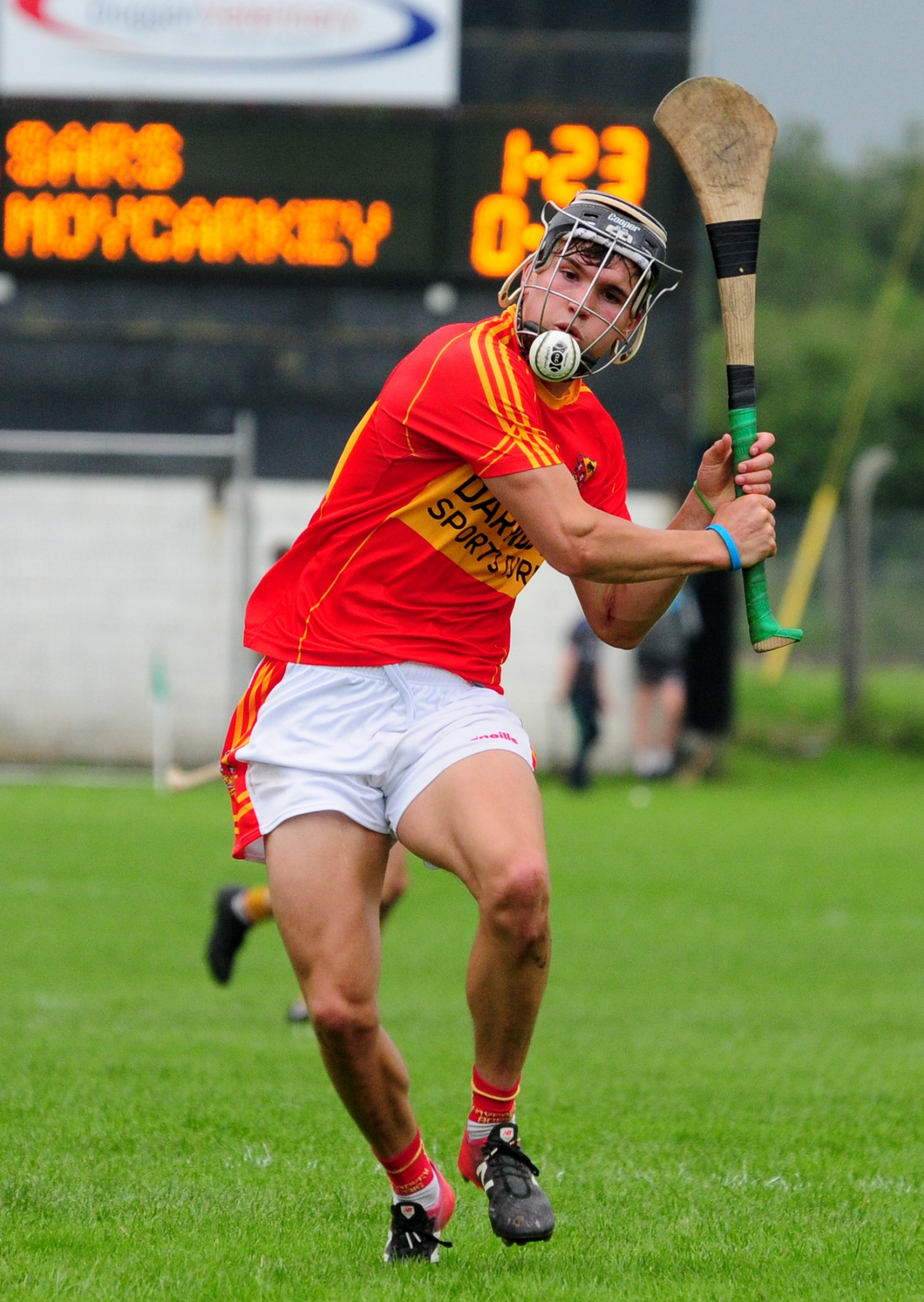 Above: Max Hackett scored a vital goal for Tipperary towards the end of additional time in normal time

Gearoid O'Connor responded immediately with a point but Tipp were on the ropes in the early stages and could have fallen further behind when Alan Kirwan was brought down as he bore down on goal. However Kevin Mahony's penalty was well saved by Tipperary goalie Aaron Browne in the sixth minute.
Still, Waterford's pace and direct running continued to cause Tipp an amount of discomfort and further points from Rueben Halloran and Kevin Mahony's free meant they led by 1-4 to 0-2 at the first water break, Kevin McCarthy scoring Tipp's second point from distance.
Tipp were struggling to impose themselves on the game but they made a vital breakthrough in the 17th minute when Kevin Maher and Kian O'Kelly combined to supply Andrew Ormond, who sidestepped a defender before shooting to the net (1-4 to 1-2).
The margin was still two points at the break (1-8 to 1-6) after an improvement in Tipperary's form, with points from Andrew Ormond and three from Devon Ryan (including two frees) keeping their prospects very much alive at the end of a first half during which Waterford had eight wides, to Tipperary's four.
Devon Ryan's frees kept Tipp in touch throughout the second half but when the outstanding Michael Kiely emphatically belted a penalty to the net in the 52nd minute Waterford were ahead by five points and on course for victory.
However Tipp, despite their difficulties, never gave up. With Eoghan Connolly growing in influence and substitute James Devaney also making a good impression, they forced their way back into the tie.
Another Devon Ryan free pulled them closer and then his goal-bound shot was tipped over the bar by Waterford goalie Dean Beecher's excellent save.
With one minute of the six minutes of additional time remaining, Tipp threw the outcome right back in the melting pot when substitute Max Hackett's scything run tore a gaping hole through the heart of the Waterford defence and he fired low to the net to send the game to extra time.
Tipperary: Aaron Browne (Knockavilla-Donaskeigh Kickhams), Johnny Ryan (Arravale Rovers), Conor Whelan (Carrick Davins), Eanna McBride (JK Brackens), Fintan Purcell (Drom/Inch), Eoghan Connolly (Cashel King Cormacs, captain), Ray McCormack (Borris-Ileigh), Kevin Maher (Borris-Ileigh 0-1), Kevin McCarthy (Toomevara 0-1), Gearoid O'Connor (Moyne-Templetuohy 0-1), Conor Bowe (Moyne-Templetuohy 1-3), Devon Ryan (Knockavilla-Donaskeigh Kickhams 2-10, 0-8 frees), Andrew Ormond (JK Brackens 1-1), Kian O'Kelly (Kilruane MacDonaghs), Sean Ryan (Templederry Kenyons).
Substitutes: Keith Ryan (Upperchurch-Drombane) for Ray McCormack (29 minutes), Sean Hayes (Kiladangan) for Sean Ryan (42), James Devaney (Borris-Ileigh 0-1) for Gearoid O'Connor (46), Max Hackett (Moycarkey-Borris 1-0) for Fintan Purcell (52), Darragh Flannery (Kiladangan) for Eanna McBride (63), Stephen Kirwan (Burgess) for Kian O'Kelly (70), Conor O'Dwyer (Cashel King Cormacs) for Devon Ryan (72).
Waterford: Dean Beecher, Conor Ryan, Tadhg Foley (captain), Sam Fitzgerald (0-1), Rory Furlong, Gavin Fives (0-1), Luke O'Brien, Paddy Leevy, Cian Wadding (0-1), James Power (0-2), Iarlaith Daly, Rueben Halloran (0-1), Kevin Mahony (0-4 frees), Michael Kiely (2-2, 1-0 penalty), Alan Kirwan (0-2).
Substitutes: Johnny Burke (0-1) for Rueben Halloran (38 minutes), Cormac Power (1-1) for Iarlaith Daly (45), Oisin O'Ceallaigh for Alan Kirwan (52), Eoghan O'Reilly for James Power (55), Eamonn O'Crotaigh for Sam Fitzgerald (59), PJ Fanning for Gavin Fives (61), James Power for Michael Kiely (67), Rueben Halloran for Eoghan O'Reilly (70), Alan Kirwan for Oisin O'Ceallaigh (70).
Referee: John O'Halloran (Limerick).