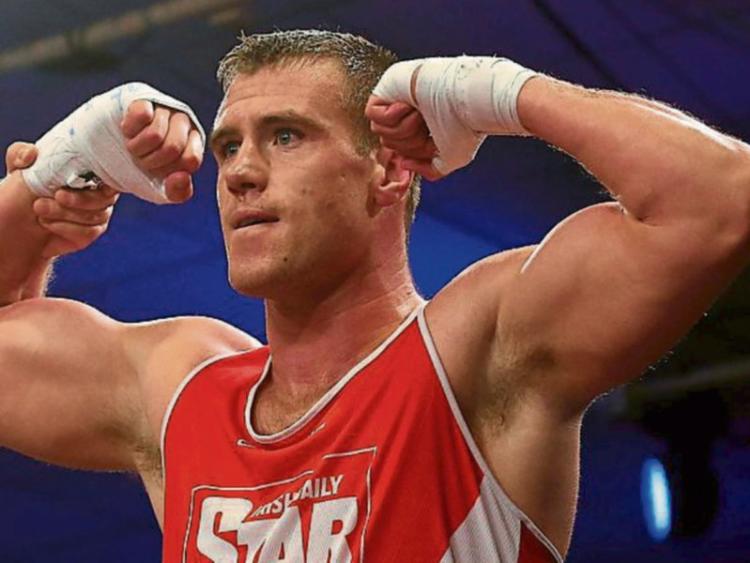 Clonmel's Dean Gardiner has announced his retirement from international boxing

Dean Gardiner has announced his retirement from international boxing.

The Clonmel boxer made his decision on New Year’s Eve, having weighed up his options and priorities over the last few months.

Dean, who was well-known by his nickname Breakfast, had been Ireland’s number one international boxer for seven years and was in pole position to retain that ranking once again this year.

He had reached the last 16 of an Olympics qualifier that was due to be held in London last March but was postponed because of the first wave of Covid-19.

Dean returned to full-time education last September, when he started a degree in business studies, on the understanding that had he qualified the Tokyo 2020 Olympic Games would have been completed.

Dean and his girlfriend Natasha welcomed their baby boy Michael into the world last year, and Clonmel Boxing Club coach Martin Fennessy says he had “a lot of life changes to juggle with, as well as ten to twelve training sessions per week, some in Dublin and others with Clonmel Boxing Club.

“With only so many hours in a day and the cancellation of the national senior elite championships this month, and the uncertainty of boxing in general at the present time, Dean has called it a day,” says Martin.

Paying tribute to the Clonmel man, he said he had been one of Ireland’s best-ever super heavyweights and thoroughly enjoyed his boxing career, travelling the world to many major championships.

Martin said his best performance was winning a silver medal in the Azerbaijan capital Baku at the World Olympic qualifier, when he fought four bouts in six days.

In the course of his successful career he won one national youth title at 69 kgs, one intermediate title at super heavyweight and four national senior elite titles.

Dean thanks all the people who supported him over the years, including his great friend and mentor Sean White, DJ O’Dwyer (strength and conditioning) and all his coaches at Clonmel Boxing Club.

He is also grateful to the high performance unit in Dublin, his mother Elaine, sister Rachel (an Irish champion in her own right), grandmother Frances and uncle Kieran for all their support over his 21 years in boxing.

Dean’s favourite trip was to the World Golden Gloves championships in Washington DC with the Munster high performance team in 2013.

Dean is wished all the very best in his next chapter of life.