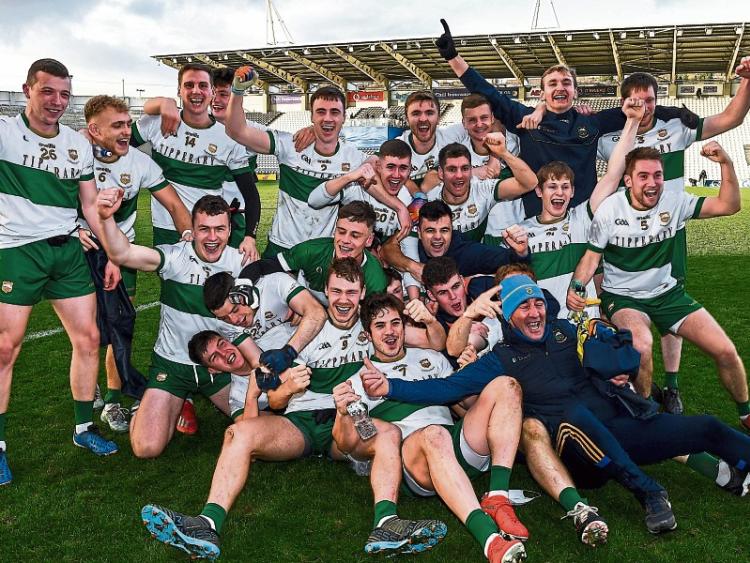 The new chairman of the Tipperary Football Committee, Conor O’Dwyer (Upperchurch Drombane) told delegates at the annual convention that unless the promotion of football at underage level continues and improves, it could be a long time again before further success follows.

The former defender, who represented the county with distinction, has pledged to leave no stone unturned in his bid to further progress the code in the county, after a year in which Tipperary won the Munster senior football championship for the first time since 1935.

“We have to ensure that there is not another 85-year wait in our county and we must do everything we can to achieve this,” he said.

The chairman stated that the promotion of football at underage level and in schools needs to continue, pointing out that primary school activity is very busy, but there is a big fall-off when it comes to second level.

He said the lack of positive results at underage does not encourage others to harbour ambitions of playing in Croke Park, as the Tipperary seniors did in 2020.

He also stated that asking 14-year-olds to choose between hurling and football is not a positive step and goes against the ethos of the GAA. He did not doubt the intentions of those who decided to introduce this rule in relation to dual players but the decision certainly does not aid football, he said.

He also pointed to the number of clubs in Tipperary who do not play football, or do not give it much time. He said  that structures must be put in place across the county to ensure that football is played in the clubs.

“We must strive to convince club people that playing football is actually good for the club, good for the players and good for the overall development of the association in the county.

Conor O’Dwyer also spoke on the strategic plan, which was due to be completed by the end of 2020.

However he said it is just about 33% complete and he urged the board to allow for its completion during 2021, even though it was to have concluded by the end of this year - the pandemic put paid to much progress being made during the last twelve months, he said.

He pointed to the lack of progress with the playing of football at second level schools and also said that the effort to have a dedicated Games Development Administrator (GDA) has not been brought forward as of yet.

The proposal to continue the plan into 2021 was seconded by Barry O’Brien and agreed by the board.

Meanwhile, Joe Kennedy, county board chairman said that there is a determination to add a GDA specifically for football, and said that it is in the pipeline - how long that pipeline is right now, after the pandemic, he was not sure.

He also said that of the dual players from the 2015 minor hurling and football teams that reached the All-Ireland finals, only two are currently on the Tipp senior hurling panel and none are on the senior football panel.