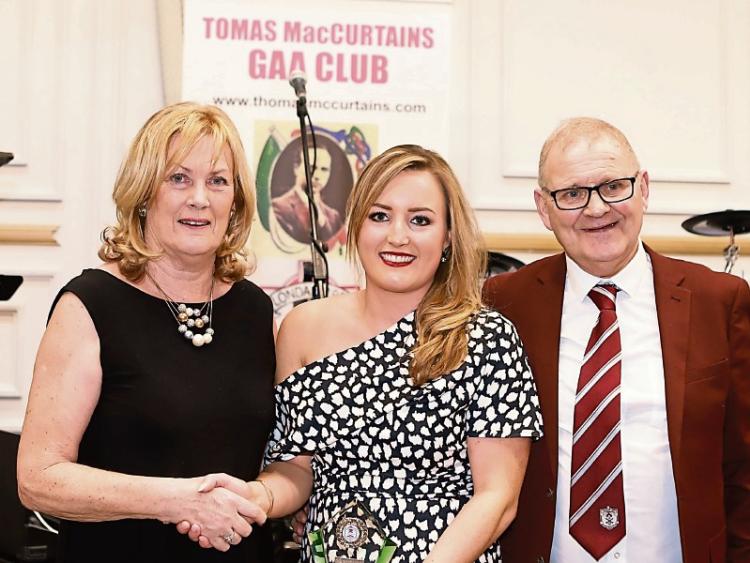 Sadly for Brothers Pearse, all of their scheduled centenary celebrations last year were scuppered as a result of the Covid-19 pandemic.

However that was not the case with east London-based Thomas MacCurtains GAA Club, whose centenary banquet took place almost a year ago in the Coliseum Suite, Ilford on Saturday, February 29 2020.

It was an evening worthy of any club’s notable aand historic milestone and was also the result of many months of preparation and hard work by all their committee members and volunteers, led by Solohead man and club chairman Johnny O’Dwyer.

Although a Solohead native, Johnny’s early playing activity was with Arravale Rovers, after his family relocated to Carron near Tipperary town.

When he decided to emigrate in 1968 Manchester was Johnny’s first port of call before he opted to settle in east London, where he has made his home for the past 52 years.

The couple have also lived in Upminster since 1989. 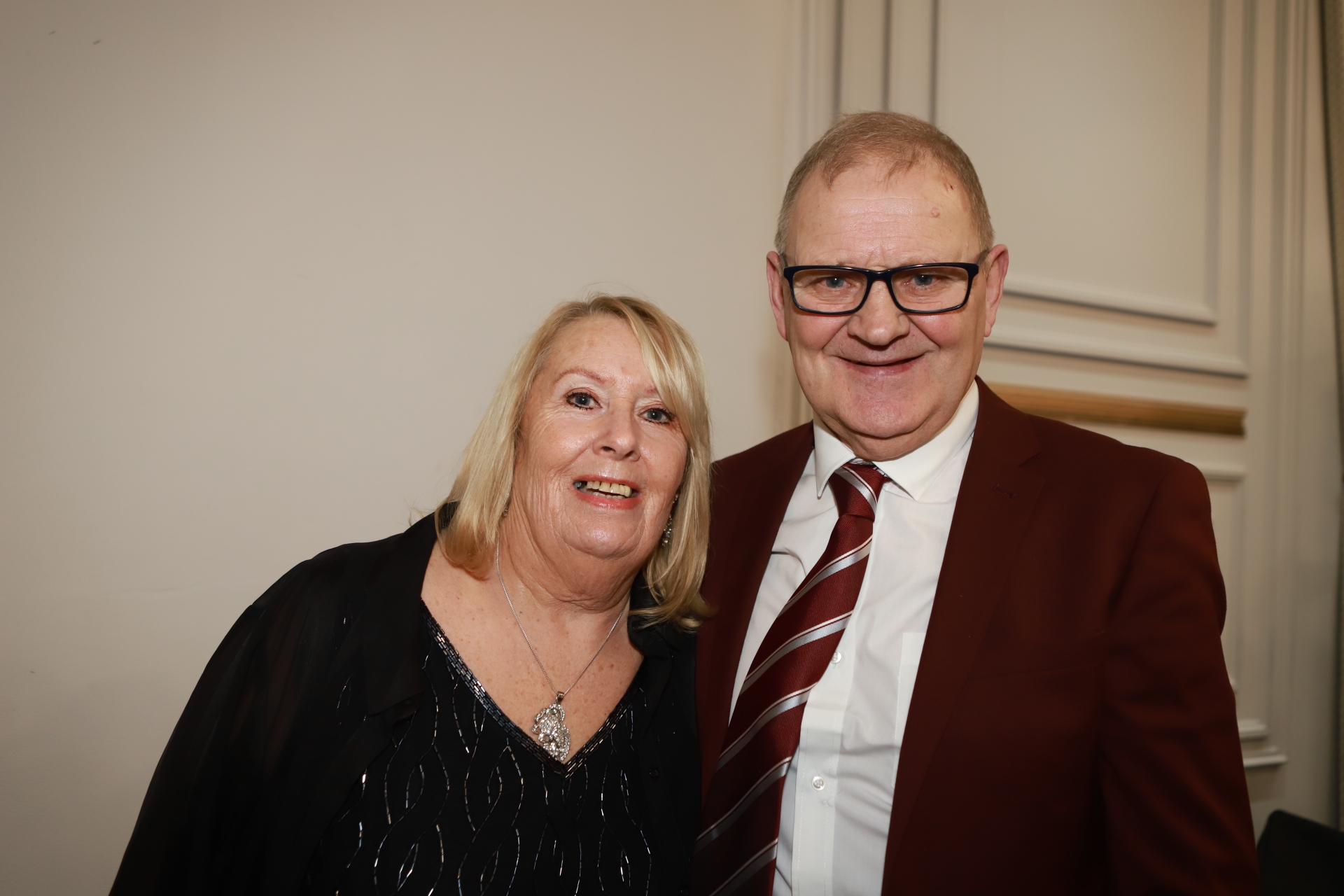 Despite his considerable domestic responsibilities and running his own painting and decorating business since the 70s, Johnny O’Dwyer has still found time to serve the Thomas MacCurtains club for 48 years in many capacities, from being a distinguished dual player to his current role of chairman, which he has held for the past 14 years.

By coincidence he succeeded another long-serving club stalwart as chairman - Roscommon native Tom Watson – the man who persuaded him to join forces with the MacCurtains back in 1972.

In his early years in east London, Borrisoleigh man Tom Kinane was responsible for giving Johnny his first taste of London club hurling with St Finbarr’s, before he played with the Ilford-based Emeralds club for two years.

However it is also interesting to note that since neither Johnny nor his predecessor Tom Watson are Corkmen, their leadership of a club with such a close affinity to the Rebel County can also be regarded as something of a major achievement in itself.

Founded in the wake of Cork’s Sinn Fein Lord Mayor Tomás Mac Curtain’s murder at the hands of the RIC, the Thomas MacCurtains club once played a match against Cork’s three-in-a-row All-Ireland hurling championship winners, including Christy Ring, in front of 10,000 fans in 1954, with the attendance including the mayor and mayoress of Dagenham.

A group consisting mainly of Cork men (including a former inter-county Cork footballer, Mick Looney), but spearheaded by Frank Fallon of Leitrim and Seán Twomey of Limerick, formed the Tomás MacCurtáin’s GAA Club five months after the death of the man that bears the club’s name.

Another close connection with Cork was Ford’s Dagenham plant, where many new members joined the club in the 1930s after the company moved from Cork.

Despite the club’s proud heritage over a century of achievement, Thomas Mac Curtains still had to wait until 1987 for its lone senior hurling championship success.

Johnny O’Dwyer also played his part in that team’s famous victory over Brian Borus in the final, played in Ruislip.

But although it was a major breakthrough for the club and the culmination of eleven years competing in the senior grade, Johnny considers his early years with the club in the early 70s, including the year the Mac Curtains were promoted in 1976, as his favourite years as a player.

“The first year after I joined the club I was awarded the footballer of the year accolade in 1973.

“And to cap it all Thomas MacCurtains were also named the club of the year in 1975.”

Johnny added, “In 1976 Thomas MacCurtains also contested a number of finals without winning any of them but still gained promotion to the senior grade, and these early years were definitely my favourite years as a player.

“Winning the 1987 county final with Galway native and manager Ambrose Gordon and coach Frank Galway was a major breakthrough for the club after eleven years in the grade, and especially for me at the age of 36.

“But I also have many other great memories from my playing days and my clashes with fellow west Tipperary men including John Quinn (Annacarty-Donohill) and Martin McGrath (Knockavilla/Donaskeigh Kickhams) for the Sean Treacys club, and my fellow Arravale Rovers clubmen the Lohan brothers - Willie and Tony, who played with the St Gabriel’s club.”

Johnny also paid tribute to some of his own fellow Mac Curtains clubmen and said “I was lucky to play alongside brothers Ted and Johnny Roche from Cork, as well as legendary Wexford man Micky Jordan.”

Over the past twenty years Johnny O’Dwyer has also become a successful team manager and selector at club and county level.

Back in 2005 he led the Thomas MacCurtains footballers to an intermediate football county title, as well contesting the provincial title in the same year.

Two years later he went one better in hurling when Thomas MacCurtains claimed the county and provincial title in the intermediate grade.

At county level Johnny O’Dwyer has served in a number of management teams and is also one of the most respected figures in the London GAA fraternity.

Before Johnny O’Dwyer took on the task in 2006 of filling the big shoes of Tom Watson by becoming chairman of the Thomas Mac Curtains club, he also served in a number of other roles as a club officer and county board delegate. 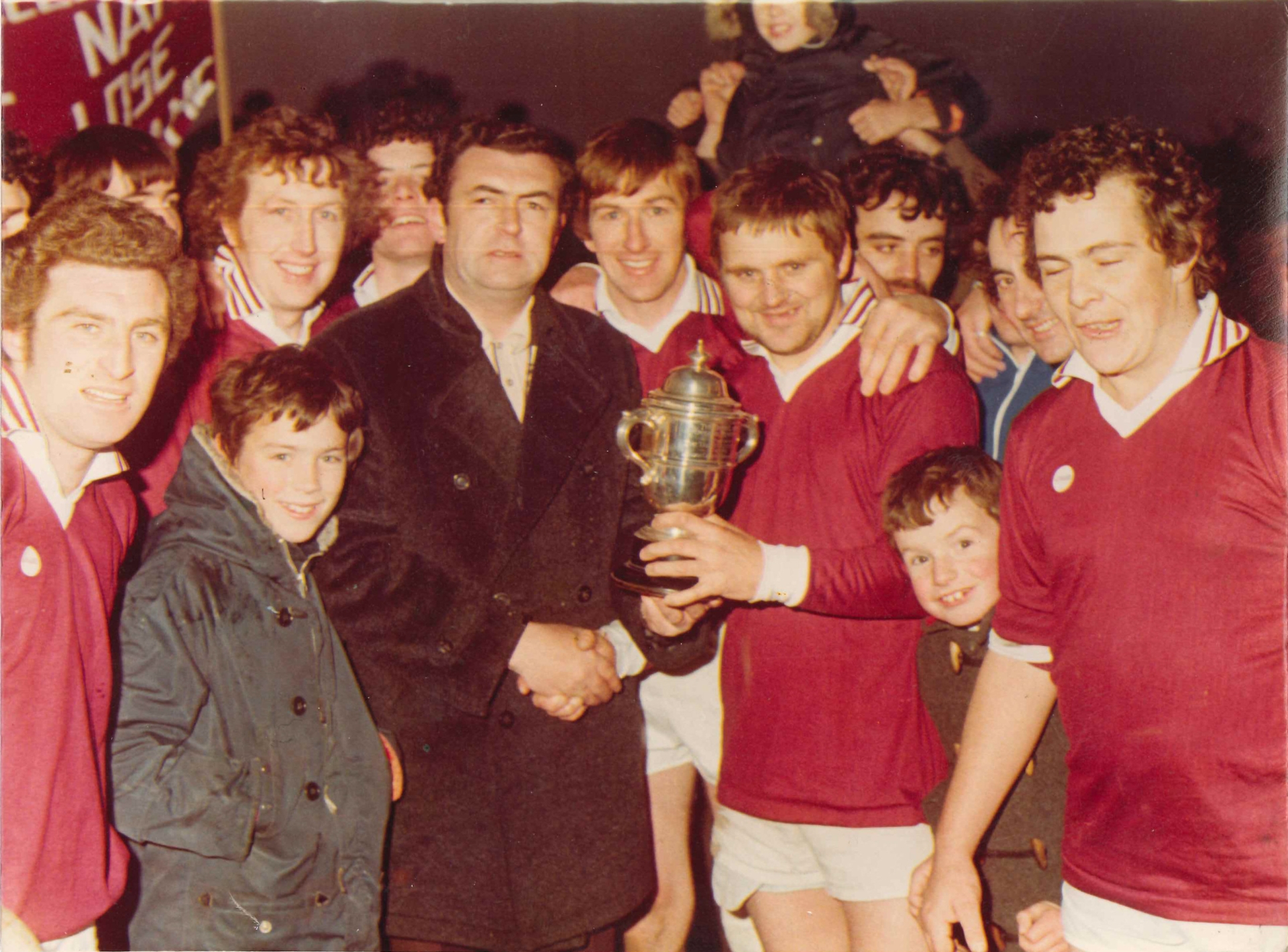 But without doubt his greatest task to date was in masterminding and coordinating last year’s successful club centenary celebrations.

“It was a huge undertaking over two years for the club to organise not just a year of events to celebrate the club’s centenary but also to research the club’s history publication, which thankfully was also available on the evening of the banquet,” said Johnny.

The Thomas Mac Curtains club guest list for the event  also included a granddaughter of the late Tomás MacCurtáin – Fionnuala MacCurtain - who made a presentation to the club and who also eloquently delivered a very poignant address for such an auspicious occasion.

Other guests included 1987 coach and Wexford man Frank Galway, who flew in from Australia, as well as numerous past players who flew over from Ireland including Tipperary brothers Francis and Maurice Condon.

“It was a truly memorable occasion in every possible way and I must compliment all of my fellow committee members who were responsible for making the evening such a great success.

“I know now how lucky we were to have held it just before the onset of the Covid-19 pandemic.

“It was such a pity the club was not able to make the trip to Cork a month later when 150 of us were to have been  guests of Thomas Mac  Curtain’s own native club in Carrigaline.”

Club going from strength to strength

Johnny O’Dwyer can also take real pride in being at the heart of a very historic event, as the ambitious Thomas Mac Curtains club looks ahead to the next 100 years.

“Thomas Mac Curtains is a thriving club and the only club in London that fields teams at every level, from underage, ladies football and camogie, hurling and football.

“The club has gone from strength to strength in recent years and is looking forward to the next 100 years,” said Johnny, who concluded by stating “My greatest joy now is to watch one of my own grandsons training with the MacCurtains in underage hurling and football.”

And isn’t that what the GAA tradition is really all about .......following in his own grandfather’s footsteps a long way from Tipperary.