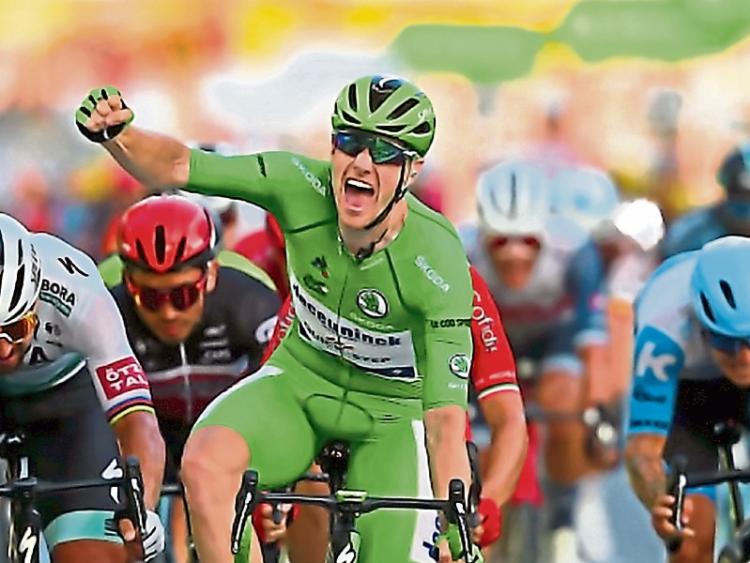 Sam Bennett made a flying start to the week-long Paris-Nice cycling race when his perfectly-timed sprint finish enabled him to claim yesterday’s opening stage.

The Carrick-on-Suir man got the better of Arnaud Démare (Groupama-FDJ), with former world champion Mads Pedersen (Trek-Segafredo) in third place.

A crash in the closing kilometre added to the tense finish in the town of Saint-Cyr-l'École, just outside the French capital, for the 166 kilometres stage. However Bennett held his nerve and will wear the leader's jersey on stage two, the first Irishman to do so since fellow Carrick man Sean Kelly in 1988.

He will fancy his chances of doing well once again in today’s second stage, which will cover 188 kilometres on the flat from Oinville-Sur-Montcient to Amilly, as the 1,200 kilometres event known as the Race to the Sun begins its long journey south.

"It's hard all day in the European races. Today was a test to see how the legs were," Bennett said afterwards.

"We couldn't come to the front until two kilometres to go. We started to panic but the whole team (Deceuninck-Quick Step) did a great job. I was pretty happy with the kick I had, I felt pretty strong."

The 30-year-old won two stages at the UAE Tour last month and was just pipped for a third win.

He’s now following up on his strong form from last year, when he became just the second Irishman after Kelly to claim the Tour de France green jersey.