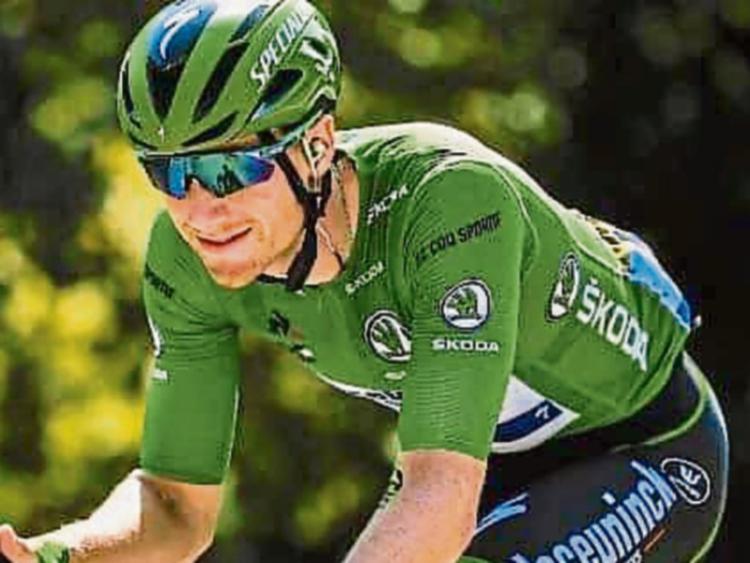 Sam Bennett has reclaimed his lead at the top of the points classification in the Paris-Nice cycling race after his second stage win today.

The Carrick-on-Suir man produced a powerful finish to secure the win ahead of Nacer Bouhanni and Bora-Hansgrohe's Pascal Ackerman on the 200 kilometres stage between Vienne and Bollene.

In doing so he retained the green jersey, which he has worn since winning the first stage of the Race to the Sun last Sunday.

Bennett began today second to Primoz Roglic in the points classification but retained the green jersey, as the Slovenian was in yellow as the overall race leader.

He is now nine points clear of Roglic in the points classification of a race that finishes on Sunday.

The Tipperary cyclist once again paid tribute to his Deceuninck-Quick-Step team mates, saying "the guys were incredible today."

However he also spoke about his frustration with the tactics employed by some of the riders towards the end of the race.

“I don't know what it is, but people won’t let me follow my own train here. It’s frustrating.

"I’m not allowed follow my own wheel and guys are coming in and it seems they just want to disrupt our sprints instead of concentrating on their own race.

“We don’t look at anyone else, I don’t know why they are so fixated with us.”