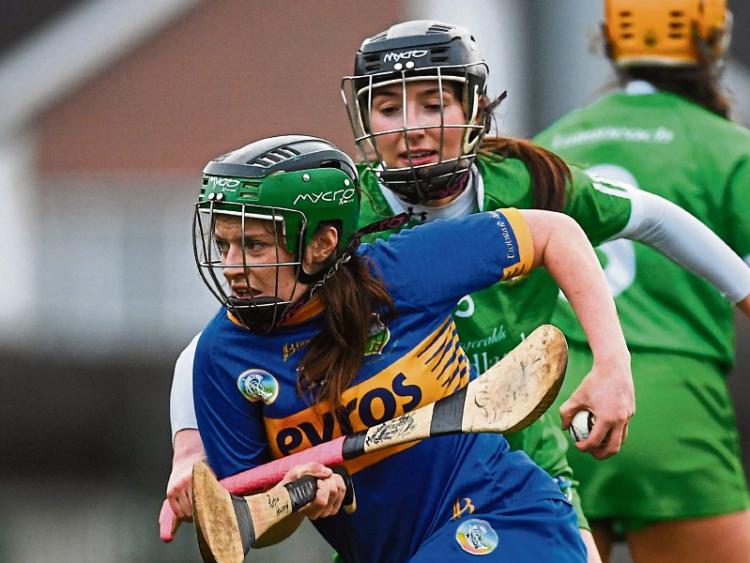 Tipperary will have two teams, senior and intermediate  involved in the Littlewoods Ireland national camogie league.

In division 1 there are three groups of three teams, with the group winners advancing straight to the semi-finals, while the other place will be filled by one of the group runners-up.

Tipperary have a bye.

The main talking point and change to the playing rules is motion 10, which was passed at Congress and will now allow minimal contact, while making a reasonable attempt to gain possession.

Camogie has been a non-contact sport but with the fitness levels of  players at such a high level in recent years, both players and referees sought this change.

Other technical rule changes have also been adopted such as the outlawing of the hand-passed goal, deliberate dropping of the hurley, flicking the hurley in the air and on the ground.

The penalty also has just one player in the goal and the sliotar must by hit outside the 20 metre line. Two new rules to speed up play have also been introduced; the quick puckout after a wide and when a player is fouled, that player can take a quick free from inside their own 45 metre line.

These new rules were introduced on a trial basis during the 2020 Inter-county national league and championship season and each rule change mentioned  was regarded as a successful change.

The Camogie Association has yet to inform counties as to whether they will follow the GAA’s lead by having a split season for club and county action.

In the GAA, all county action will be over in August so clubs get precedence in September, and sooner if their county has exited championship.

All Gaelic Games organisations are awaiting government guidelines to see when club action and adult training can commence.

Under 18s can return to training in pods of a maximum of 15 players from April 26.

Best of luck to Tipperary Camogie’s Orla O’Dwyer, who starred in Brisbane Lions’ semi-final victory on April 10 and plays in the Australian Rules Football Grand Final against Adelaide Crows in Adelaide on this Saturday.

Promotion of camogie in Tipperary

Log onto the new YouTube channel - Tipperary Camogie TV to view these podcasts or listen using the links on social media.

Tipperary Development and Coaching have also completed three wonderfully informative webinars, soon to be available on the YouTube channel.

Under 14s to adult - Dinny Ferncombe.

Thanks are also extended to Tipperary camogie star Róisín Howard, who completed five weeks of live PE broadcasts in recent weeks. These had a huge viewership.