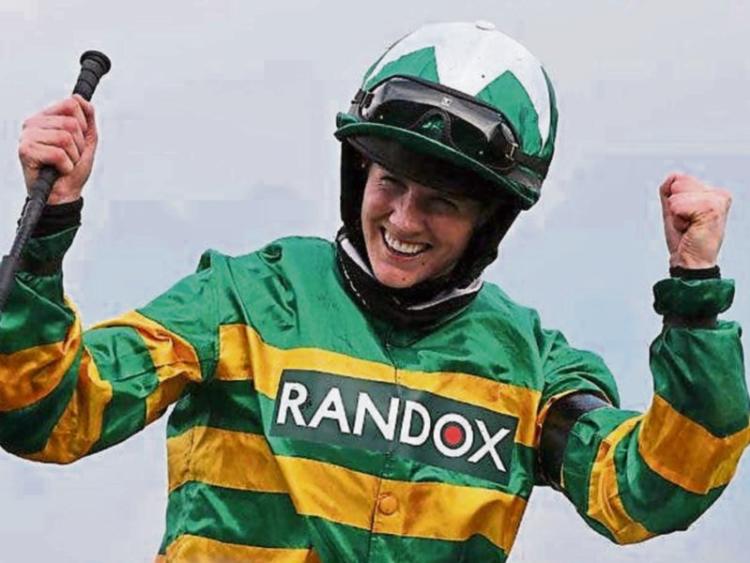 When April with its showers sweet … the opening lines of Chaucer’s Prologue to The Canterbury Tales would, once upon a time, have sounded familiar to Leaving Cert students. Not any more - and more’s the pity.

April’s traditional showers still sweep our way, interspersed with blasts of sunshine offering a hint of the approaching summer. After a tough and testing springtime the promise of brighter days ahead has seldom been more welcome.

The sap is definitely rising. Inter-county players go back into collective training on Monday, with league action set to kick off a few weeks later. There’s a tentative buzz in the air, the mood heightened last weekend by some remarkable performances by Tipperary women in different sporting spheres.

Orla O’Dwyer, Rosegreen, is well-known as a gifted dual player hereabouts but last week she hit the headlines down under with a starring performance for the Brisbane Lions in their victory over Collingwood in the AFLW. Her contribution included a crucial goal in the narrow win, which earns her side a place in the Grand Final against Adelaide today (Saturday).

Whether it’s a Colin O’Riordan or an Orla O’Dwyer or whoever, I have huge regard for players who travel to the other side of the world to take on an entirely new sport at professional or semi-professional level and make their mark in the game. It speaks of great daring and adventure, as well as courage and self-belief and, above all, natural talent.

Orla’s dad, Brian, wasn’t short of those qualities either. Having played minor and U21 hurling for Tipperary in the late eighties and early nineties his standout moment was surely with Boherlahan in their 1996 county win over Toomevara. He was a key cog in that team.

Of course, I take pleasure in reminding people also that Brian’s late father - also Brian - came from Knockavilla. In the 1950s he was part of Kickhams’ golden era when they dominated west Tipp hurling. Brian, as goalie, won a number of divisional titles with the club.

Mention of which reminds me of an extraordinary goalkeeping tradition that the Kickhams club has created over the decades.

In the late fifties Brian O’Dwyer was replaced as Kickhams goalie by Donal O’Brien, who won fame as the Tipp custodian in the All-Ireland wins of 1961 and ’62. As the man in possession, it was quite possible he would still have been there for ’64 and ’65 but for his decision to emigrate to America.

Then in the late seventies John Farrell arrived on the scene as the county minor ‘keeper of 1979, followed by an All-Ireland U21 medal in ’81 and then a few years with the seniors. I recall one commentator at the time saying he’d mind mice at a crossroads for you.

In the 1980s another Kickhams goalie appeared. Patrick Kearns (uncle of Eire Og’s Darragh Mooney) was the Tipperary minor goalie in 1987 and ’88. In ’87 they were unlucky in the All-Ireland final to meet an Offaly team which featured several future All-Ireland senior winners. Tipp lost that final by two points.

In the nineties then Fergal Horgan maintained the tradition by spending three years on the Tipp minor panel. The middle year, 1996, brought an All-Ireland win, with the goalie remembered for a crucial late save from Eugene Cloonan in the replayed final against Galway. Fergal later spent one year on the county senior panel.

Bringing our survey up to date then is Aaron Browne, whose deeds in the 2019 All-Ireland U20 success are easily recalled. He’s often tipped as a potential future senior panellist, unless present distractions derail his progress.

Even last year there was yet another entrant to the list of county goalies supplied by Kickhams. When Tipperary played Limerick in the Munster minor final goalie Jason O’Dwyer (Clonoulty) got injured and was replaced by Dylan O’Grady of Kickhams, a first cousin of Aaron Browne.

It’s an amazing tradition of goalies coming from one club. You think of a club like Lorrha supplying Tony Reddin and the Hogans but for sheer numbers over many decades and different grades Kickhams surely stand apart.

Anyway I digress, as is often the case these days.

I don’t know if Orla O’Dwyer ever sampled ladies’ rugby, but if she did I’m sure she’d have crossed paths with near neighbour Dorothy Wall. Fethard’s finest played a starring role at the weekend in Ireland’s win over Wales in the Six Nations at Cardiff Arms Park.

David Kelly in his Irish Independent report on the game marked Wall’s display as 8/10, the only Irish player to get such a rating. He summed up her performance as follows: “carried 24 times for 116 metres and also the side’s top tackler. Immense”. For a 20-year-old it’s heady stuff.

However, the queen of champions at the weekend had to be Killenaule’s Rachael Blackmore. From Cheltenham to Aintree her list of firsts is just astounding. This is history, happening in our time and which in years - even centuries - to come will be referenced with wonder.

My knowledge of horse racing is very limited – being surrounded by Coolmore property is the nearest I get – but a friend who knew a deal about the sport and had skin in the game always spoke with reverence about jump jockeys. To him they were the ultimate sportspeople in both their dedication and utter fearlessness. For him it really is the undisputed toughest trade.

I was thinking of him at the weekend as Rachael Blackmore smashed just about every glass ceiling in sight. He’d have been speechless in admiration.

Any chance Blackmore’s brilliance will inspire her neighbours, Bubbles and company, to break barriers in the club championship later in the year?

So, on the cusp of a return to inter-county hurling it was extraordinary that last weekend would toss up three heroines to brighten our world of sport and offer invaluable inspiration. Extraordinary also that they came from a small geographical pocket of the county embracing Fethard, Rosegreen and Killenaule.

The inter-county return has had a problematic lead-in, with controversy about breaches of Covid rules and suspensions for managers. Dublin and Monaghan got caught – others, I suspect, were holding their breaths and probably still are. The quicker the action resumes the better.

The GAA’s relationship with rules has always been an uneasy one. More honoured in the breach than the observance might be one way of putting it. “Something there is that doesn’t love a rule,” if I may employ poetic licence to adjust the Robert Frost line.

Remember in previous years we had well-publicised breaches of the training ban, where teams ignored Croke Park’s strictures and went to different resorts both outside Ireland and within. Some were punished, others weren’t. Some accepted their punishment; others came up with creative excuses – we were on a history trip, your honour, visiting world war sites. Indeed.

In this attitude, I suspect, the GAA is more reflective of Irish society generally than any other organisation. We have this laissez-faire approach to rules. There’s a type of sneaking admiration for the law breaker; we admire subterfuge more than submission.

How else do you explain a society where people can have damning findings made against them in tribunals and yet enjoy huge public support? For some it’s a type of post-colonial hangover, though you’d imagine that a century of independence would have cured us of that.

It was ever thus in the GAA. Go back half a century or more and the big bugbear in the association was objections. Fixtures were regularly crippled by endless streams of objections and counter-objections, some of a ridiculous nature.

If you lost a match the go-to impulse was always to search out some technicality like a misspelt name or something not in Irish or an inaccurate date. It was a subversion of the true spirit of sport and sportsmanship.

Sean O’Duibhir, or Jack Sonny as he was more familiarly known, was a long-time chairman of the west Tipperary Board. He is often fondly remembered for his colourful addresses to convention during his chairmanship, which stretched from 1935 until 1969.

Objections were a regular topic of his, where he’d urge delegates to inoculate themselves with an “anti-objection serum.” Such was the plague of the time.

Even today rules seem to be expendable. Regularly you’ll hear people urging the referee to put away the whistle, the so-called “let the game flow” brigade. What they really mean is ignore the rules. Like the steps rule, or the handpass rule, or the blood sub rule, the latter being flagrantly breached, especially at club level.

It all fits a pattern, so nobody should be surprised that Covid rules were broken – and, I suspect, broken far more often than has been uncovered.

Anyway, hopefully brighter days are fast approaching. The coming weeks should see the focus switch back to the games and what a welcome relief that will be.

At writing time we’re still awaiting confirmation of the league fixtures. If they follow last year’s pattern then we’re likely to open the campaign away to Limerick on May 8/9 and what a prospect that would be. Thereafter we’d have home games with Cork and Galway and away fixtures versus Westmeath and Waterford.

The sap of spring roused Chaucer’s pilgrims to head for Canterbury.  For now, the Gaelic Grounds or Semple Stadium will do just fine. Bring it on.