Tipperary overcome Wicklow to set up must-win clash with Offaly 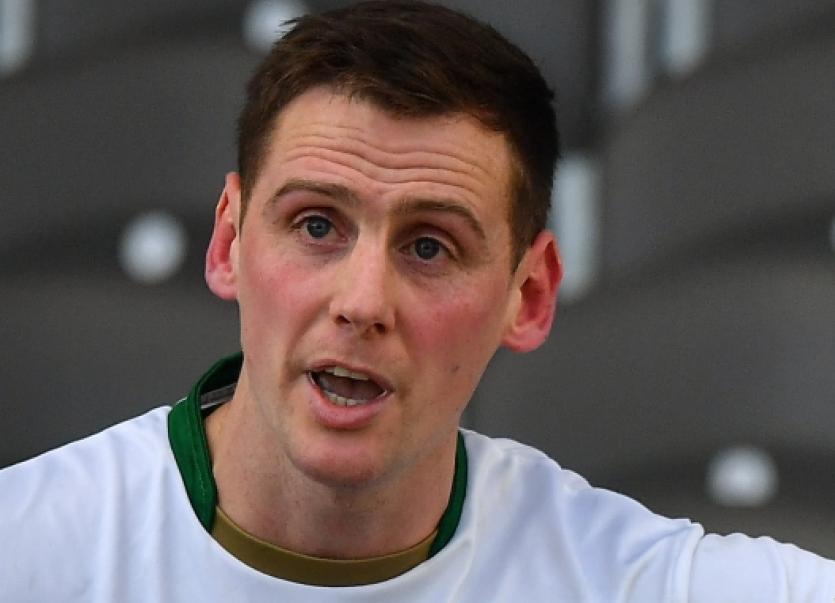 Tipperary captain Conor Sweeney whose first half goal helped steady the Tipp ship in their vital win over Wicklow at Semple Stadium on Saturday last.

Tipperary recorded their first win of this year's league campaign on Saturday to keep alive their hopes of promotion from Division 3 of the National Football League. The vital 'must-win' result was delivered at Semple Stadium by David Power's side, who now go on to Tullamore next Saturday knowing that to guarantee themselves a chance of staying in the promotion race they must defeat Offaly by at least three points. Anything short of that will almost certainly mean another year, at best, in Division 3, with relegation issues also still to be sorted within a few weeks.

Following on from last weekend's two points loss to Limerick it was expected that Tipperary would be strong enough to overcome the Leinster side, beaten the first day out by Offaly. However, yesterday was anything but comfortable for the home side, Wicklow at one stage of the first half scoring five points from play without reply to lead 0-6 to 0-4. It took a Conor Sweeney goal on the half hour mark, against the run of play, to settle Tipp somewhat before the sides went to the break level at 1-4 to 0-7.

It was still all square 15 minutes into the second half before Tipp had their second goal scored by debutant Philip Ryan. From a Wicklow perspective it was a poorly conceded goal. Wicklow defender Nicky Devereaux soloing out from goal was turned over by the hard-working Tipp captain Conor Sweeney with Conor Bowe on hand to feed Philip Ryan the final pass. The former Dublin player then kept his composure well to stick the ball in the back of the Wicklow net. Thereafter Tipperary enjoyed their best period of the game to stretch their advantage to six points.

However, during the six minutes of added time at the end of the game Tipperary conceded a penalty with Jimmy Feehan blackcarded in the process. The new-rule type penalty, conceded outside the area, was converted by Seanie Furlong and therefore Tipperary's lead was halved to three at the end. If in a situation that Tipperary, Offaly and Limerick all end up with four points next Saturday the concession of that penalty in the 77th minute may yet come back to haunt Tipperary.