Course hopeful of welcoming spectators back in September 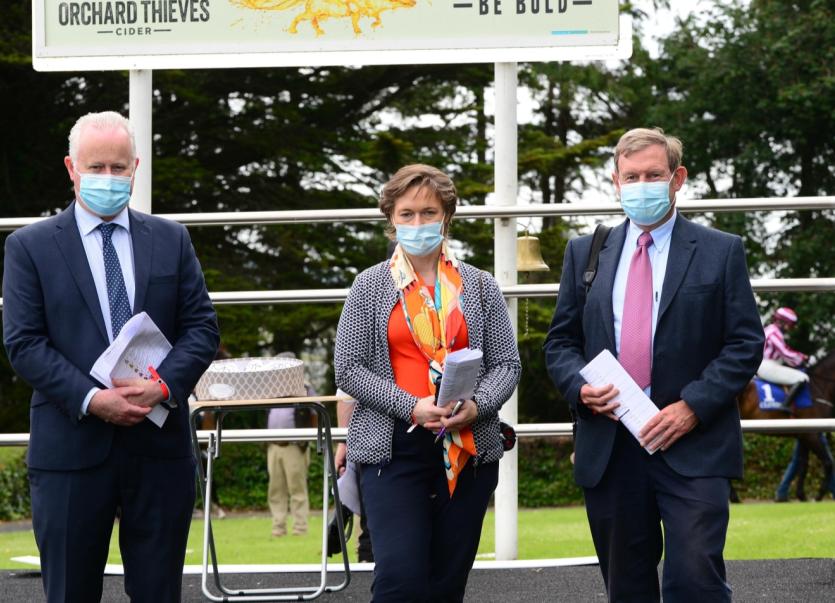 The challenges of Covid-19 had brought the horseracing industry together, according to Clonmel racecourse manager DJ Histon.
“Everyone had to work together to do things right and minimise the risk for all participants,” he has stated.
Speaking at the recent meeting at the track, Mr Histon said “being an outdoor event we appreciate we could achieve all those procedures.
“Jockeys, stewards, press and photographers have to be placed in their own distinct areas. We had to open new facilities and transform them into Covid compliant zones, with all the restrictions.
“Every jockey and steward has their own dedicated space, with hand sanitiser stations and social distancing in place to manage the flow of people.
“The fact that the same people are moving from track to track means they became very familiar with the system and so it becomes seamless.”
Mr Histon also praised the “excellent” work of the Irish Horseracing Regulatory Board (IHRB) and Horse Racing Ireland (HRI) to ensure that all of this happened successfully.
“It’s very much joined-up thinking working together in the industry.”
He said that the racecourse staff had been fully briefed and had to follow the same procedures, with everyone entering the course on race day undergoing Covid checks and having to wear a wristband.
“The Covid language is familiar to everybody now and everybody has to adapt.”
At Clonmel, the stewards have been accommodated in the club stand, with the jockeys being facilitated in the TA Morris Stand and in the main dining area.
“Everyone is spread out and there’s continuous cleaning, and every area is sanitised on a frequent basis.”
DJ Histon acknowledges that it has been difficult coming to terms with racing during the Covid area but said it would have been far more difficult if they couldn’t have raced.
“The alternative would have been a far starker scenario,” he says.
Mr Histon is encouraged by the fact that there’s now light at the end of the tunnel.
“The vaccination programme has been excellent and if the supply has been interrupted the government cannot be blamed. Every month that goes by brings us nearer to the resumption of normality.”
The meeting at Clonmel a fortnight ago marked the return of racehorse owners to the course, and the manager said it was “fantastic” for them because they support the industry in a major way.
“They have been very tolerant for the past number of months and have worked with everybody in the industry to ensure that racing kept going.”
He said that up to then race meetings had been a case of people going to work, but the return of the owners meant that some of the entertainment had returned.
DJ Histon said they were fortunate that the season at Clonmel had come to an end because there should be “a different landscape” visible when racing resumed on September 2.
He said that if the vaccination programme continued and there were no new variants to undermine that, he anticipated that things would start reverting to normal on the course by then.
“You would have herd immunity and you would have greater numbers back. Hopefully the bookmakers will be able to return too because it’s their livelihood.”
He said it had been a difficult time but there were brighter days ahead.
He acknowledged that many others had experienced far more difficult times in the past year and-a-half.
“We were fortunate with the position we found ourselves in,” he added.
Meanwhile, Eugene Cooney, the racecourse marketing manager, said the beautiful sunshine at the meeting on Friday June 11 was bittersweet, because it would have been perfect for what should have been the summer barbecue meeting at Clonmel.
“However we are keeping everything crossed that when we do return on Thursday, September 2 we will hear the turnstiles clicking once again, and if that is the case we will be organising something special to welcome back the racing fans and our loyal supporters,” he stated.