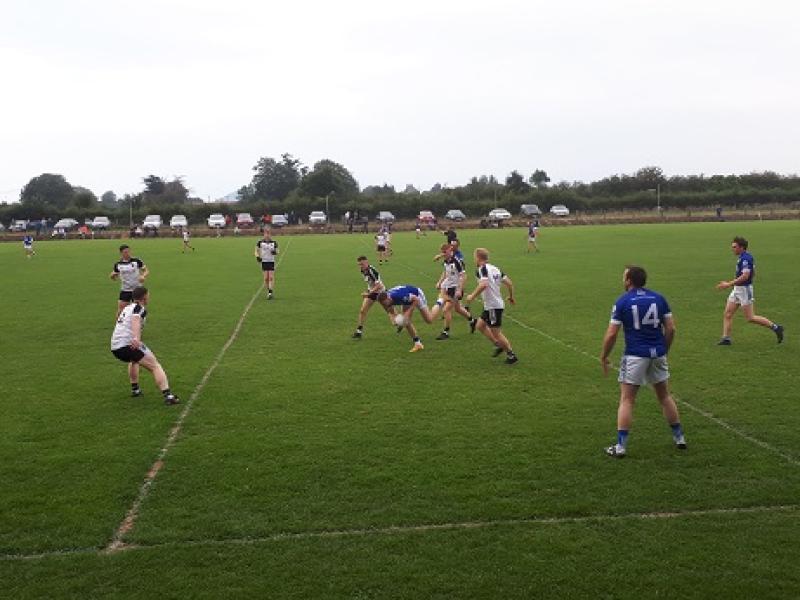 The game was played this evening in Holycross

Goals win matches and since JK Brackens bagged five of them in this FBD Insurance county senior football championship tie at Holycross this evening, they were always likely to come out on top against Rockwell Rovers.

Mind you, it wasn't until the found their rhythm that the course of the game began to change with the Rockwell Rovers lads giving as good as they got for most of the first half.

Brackens first score was a goal in the 8th minute from Jack Kennedy and by the water break, this was their solitary score - Rockwell having three points from Liam Fahey, TJ Ryan and Alan Moloney.

Brackens lost centre back Neil Quinlan in the 10th minute through injury and they also suffered the loss of Cathal Scully for a ten minute spell to a black card .

But, after the first half water break, they bagged two goals from a  Dean McEnroe penalty after Lorcan Roche was fouled, and a third from Eanna McBride to give them a 3-2 to 1-5 interval lead - Alan Moloney kicking a fine point and also scoring from the penalty spot after Patrick Hally was fouled.

However, Rovers lost Patrick Keating to a second yellow card just before the break and were forced to play the second half with fourteen men - a tall order for a team already being run ragged by the now fleet-footed Brackens lads.

Paddy Cadell and Jack Kennedy had two further points for Brackens upon resumption, before Kennedy bagged his second goal in the 9th minute and from there on it was game over really.

Rockwell Rovers needed goals to resurrect their hopes but they never came near achieving any and they were to find only three points in the second half from Alan Moloney (2) and Eoin Byrne, whereas Brackens managed 2-9 - their fifth goal coming from Eanna McBride right at the end.