Tipp camogie links up with FBD Insurance for county championships 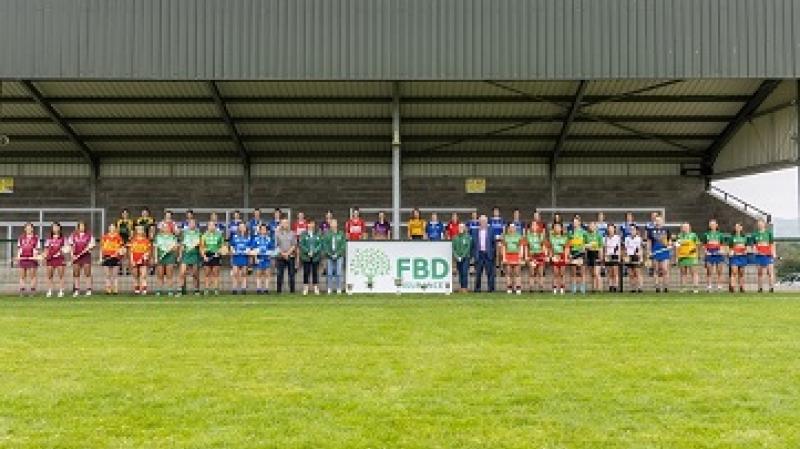 Tipp camogie links up with FBD Insurance for county championships

Read previews of this weekends top camogie clashes in Tipperary

This week,  Chairperson of FBD Trust Michael Berkery launched FBD’s new Camogie Club Championship sponsorship with Tipperary Camogie. Clubs and captains from each camogie club, stretching from Lorrha to Carrick Swans were in attendance as Tipperary Camogie Chairperson Denis Lenihan welcomed this new deal which sees FBD Insurance support each of our adult championships; Senior, Intermediate, Junior A, Junior B and Junior B2 plus our Minor Championship from 2021 to 2023 inclusive.

He thanked Michael and his FBD team for attending and wished them all to best in their three branches in Tipperary, namely Clonmel, Nenagh and Thurles. Michael Berkery spoke of his love of Gaelic games and said that FBD is proud to support ‘women in sport’. He wished all of the teams taking part in this year’s championship the very best of luck in their upcoming games.. He spoke of the club competition being the building block to future intercounty success and how close Tipperary Camogie are to Senior success currently.

FBD Insurance provide a whole range of insurance products for Tipperary customers and representatives from the FBD branches Breda O Donnell Clonmel, Margaret Fanning, Nenagh and Rena Ryan, Clonmel were also in attendance at the Ragg for this Launch.
Denis Lenihan thanks FBD Insurance for their support and County Treasurer Aine o Donnell for formulating this new partnership.

This weekend sees the start of the eagerly anticipated FBD Insurance Senior Championship. Drom-Inch who in 2019 stopped Burgess/Duharra’s famous 8-in-a-row bid are now aiming to complete their own unique 3 county titles in a row. With a postponed 2020 Munster final and All-Ireland series fixed for November they would love to hold onto their crown. They find themselves however in a tough group with beaten finalists and league champions Clonoulty Rossmore, Annacarty, 2020 intermediate winners Thurles Sarsfields and Toomevara. On Saturday @ 6pm in Clonoulty will be a repeat of the 2020 final between the home side and Drom-Inch. Clonoulty have come close to winning a county title in recent years but have suffered a huge blow this year with the loss of Clodagh Quirke (cruciate) and forward Sarah Fryday who has gone abroad teaching.

They still possess plenty of talent with the brilliant Cait Devane leading them in attack and Courtney Ryan and Emer Loughman operating between midfield and defence. Drom-Inch will be without the services of full-back Christina Brennan who picked up a serious finger injury playing with the Tipperary Intermediates in their final game. They will be looking for county players Aoife McGrath and Mairead Eviston to lead them in defence while up front Miriam Campion and Eimear McGrath will hope to cause oppositions defences trouble.

Annacarty have been very formidable at underage in recent years and they will be hoping that this success will be transferred to their senior team. They have lots of players with intercounty experience including Jean Kelly, Eibhlis MacDonald and Roseanna O’Donnell. While also having former Tipperary senior hurler Conor O’Brien at the helm. They will be a tough opposition for any team. Thurles Sarsfields will be playing senior for the first year while Toomevara have made the step up from intermediate two years ago.

For Thurles Karen Kennedy will be key at midfield while up front Sarah McKevitt is a huge scoring threat. They were very impressive in the intermediate championship last year and will relish the chance at having a real go in this year’s senior championship. A young Toomevara side struggled last year to get results at senior level but still had lots of impressive performances. Mags Quigley and Jill Ann Quirke were excellent for the Tipp intermediates and they’ll no doubt look to bring this form into the club championship. They have a bye this weekend while Thurles and Annacarty clash in Thurles @ 6pm.

Group 2 is made up 4 teams Burgess/Duharra, Cashel, Nenagh and Silvermines and starts on September 18th. Cashel caught many peoples eye last year running Burgess/Duharra close in the group stages and making Drom-Inch earn in their win in the county semi-final both days without Orla O’Dwyer. They’ll be hoping to have Orla for as long as possible before she returns to AFLW action.

Karin Blair is a key player for them, she saw lots of game time for Bill Mullaney’s side this year and showed great skill operating in midfield or at half back. They make the trip to North Tipperary to take on Burgess/Duharra who will be keen to get back to a county final this year after losing to Clonoulty in last years semi-final. Jenny Grace will lead them in attack while Caoimhe Maher is always excellent at centre back.

In the other group 2 clash Silvermines travel to Nenagh to take on the home side. Both games are fixed for 5pm. Grace O’Brien starred for Tipp this year in midfield and will be interesting to see if Nenagh decide to play her there or in attack where she is always a serious goal threat. Elsewhere Caroline Browne and Allanah Morris are two of their more experienced and highly rated players. Silvermines have shown some great form in the league to date beating Drom-Inch in the league semi-final which they loss to Clonoulty. They’re always a very organised and well coached team and will look to make a real mark in this years championship. Tipperary intermediate defender Ciara Ryan is a key player for them as is Emer Murphy.
FBD Insurance Intermediate Championship.

Thurles Sarsfields were promoted the Seniors ranks in 2020 leaving a wide open Intermediate championship this year, Newport/ Ballinahinch were recent County League winners with Kilruane McDonaghs runners up. All county players are now back with their clubs which will lead to teams fielding stronger outfits. Knockavilla Kickhams and Cahir have moved to Intermediate grade from Junior A with Shannon Rovers also relatively new to this grade as 2019 winners. Borrisoleigh were Senior finalists a few seasons ago and have seniors Julieanne Bourke and Nicole Walsh to call on. Cahir’s Roisin Howard has had a fantastic season but Cahir may be without Aisling Moloney, recovering from injury and Aisling McCarthy if she returns to Australian Rules Football. Newport/Ballinahinch could repeat their league success with Grace o Toole, Keeley Linehan and Caroline Mullaney to call on among other quality players.

FBD Insurance Junior A Championship
9 teams will contest this year Junior A championship and it was newly promoted Templemore and Brian Borus who contested the recent County League Final with Brian Borus winning. Drom’s second team are always a powerful outfit and Moneygall have Tipperary and Offaly stars Mary Ryan and Mairead Teehan to call on. Holycross and Boherlahan are a very progressive clubs at juvenile level this season and will hope to challenge at Junior A level too. Ballina had a tremendous Minor A title win a few seasons ago, with Kiladangan having a fine County League campaign with St Ritas Fethard winning the 2019 Junior B title and adapting to Junior A at their ease.

FBD Insurance Junior B Championship
Lorrha are the team knocking on the door for promotion for several years with Moycarkey with having a historic first Under 16A title win recently. Moyle Rovers can prove strong in championship especially when several county footballers feature. Carrick Swans, Ballingarry and Gortnahoe are also building some momentum recently. North representatives St Cronans Roscrea and Portroe are two hugely historic camogie clubs with many county titles and will hope to soon return to former glories.

RESULTS
Under 16A County Final.
Moycarkey 3-10 Cashel 2-08
Moycarkey had a historic first Under 16A County title win in an exciting final in the Ragg on August 30th. Cashel raced into an early lead with goals from Ciara Moloney and Kellie Browne but Moycarkey were back on level terms by halftime at 2-05 each.
Under 16B County Final
Holycross 3-09 Shannon Rovers 4-05
Holycross defeated Shannon Rovers in a nailbiting B final on Tuesday August 31st in the Ragg Camogie field. The sides were level during the second half with Holycross pipping Rovers near the end.
Under 16B Plate County Final
Ballybacon 2-07 Clonoulty 0-07
Under 16C County Final
St Cronans 5-04 Portroe 4-06
Under 14A Plate Final
Kilruane McDonaghs 7-08 Knockavilla 4-04.
Knockavilla were ahead at both halftime and 2nd water break but a storming finish by Kilruane with 4-03 in the last quarter saw them to victory.
FBD Insurance Minor Championship
Moycarkey 7-13 Clonoulty 0-03
Drom 0-10 Boherlahan 7-18
Ballybacon 3-07 Brian Borus 2-14
Moyle Rovers 5-15 Carrick Swan 0-08
Portroe 5-06 Burgess 2-04
Fethard 2-08 Cahir 1-08

Under 12 County Semifinals
A huge ‘Thank You’ to Ballylooby, Dolla, New Inn and Ballycahill venues who hosted these County Semi-finals on Sept 4th and 5th.

Camogie Development News
Tipperary Under 14C panel won the Munster Blitz beating Clare B and Kerry in the Round Robin matches and Cork / Muskerry in the Final. Well done. Thanks to Fr Sheehys GAA, Clogheen for the venue.
Meanwhile Tipperary A did not progress after 1 win and 2 defeats in their group stages on September 5th. Tipperary U14B defeated Limerick B and Galway B before losing their final to Clare A.
Festival of Camogie
We hope to finish out the year for all our young players u8 and u10 with a festival of camogie on the weekend of October 2/3rd (day and venue will be confirmed early next week ).
We will have lots of games , face painting, a certificate for every child and lots of photo opportunities with some Tipp Camogie Stars. 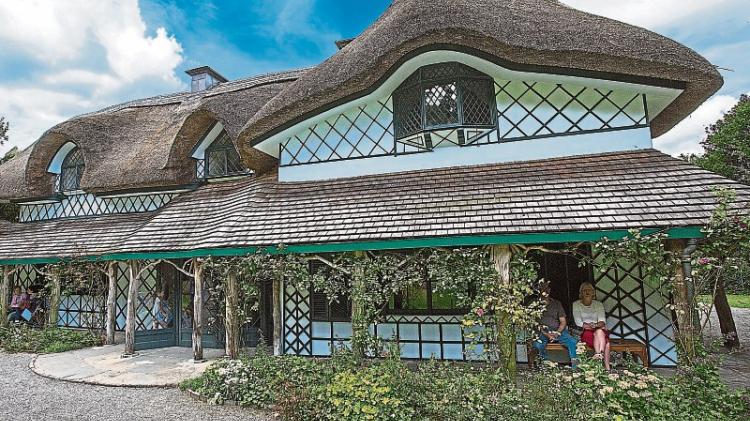