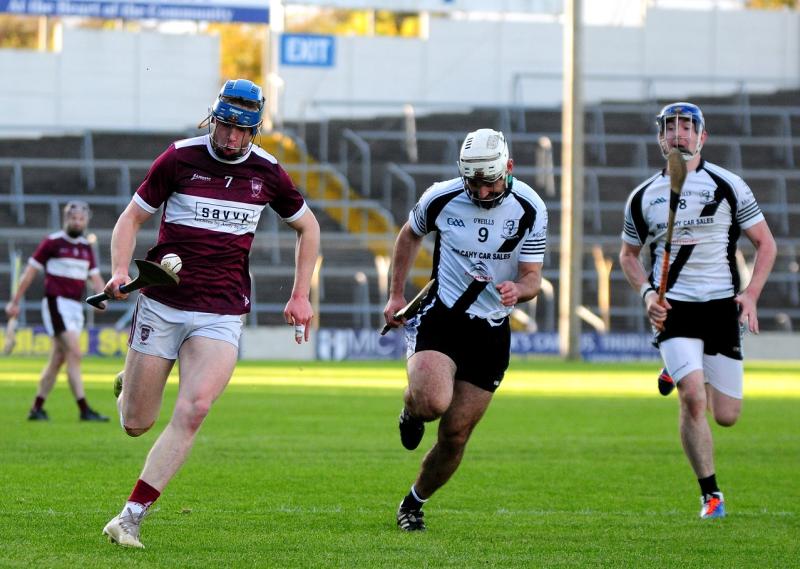 Kilruane MacDonagh lay down a marker in wonderful contest

Seamus Hennessy turns back the clock to produce a starring performance

Kilruane MacDonaghs laid down a marker as regards their FBD Insurance county senior hurling championship ambitions with this hugely impressive win over Borris-Ileigh in a thrilling group four round 2 tie at Semple Stadium.

Regarded as one of the top games in round two, it lived up to all its promise and a cracking encounter had a fine crowd on their toes right to the finish. Two smashing long range Seamus Hennessy points kept Kilruane to the fore in a tense climax against opponents who never gave up but were left to rue a couple of squandered goal chances at the very start of the game.

An excellent advertisement for the standard of club hurling in the county, this contest just kept giving as the sides battled for supremacy but both have concerns about injuries to key players, Borris’ Dan McCormack hobbling off before half-time after taking a heavy knock, and with nine minutes to play, his county-team mate Kilruane’s Niall O Meara, had to be helped to the line.

The defeat leaves Borris facing Nenagh Eire Og in a must-win game in the next round if they are to qualify for the knock-out stages of the championship but Kilruane, who next meet Roscrea, look to be safely through to the business end of the competition.

In the opening three minutes Borris could have twice netted but the wrong option was taken on each occasion and a hesitant Kilruane defence was let off the hook. They took full advantage to lead 0-6 to 0-3 at the water-break, having had the better of the latter half of the moiety with Thomas Cleary notching three points.

Kilruane resumed with a flourish, outscoring Borris five to one, but James Devaney’s goal for Borris after 25 minutes looked to stop the slump. Inside a minute Kilruane had their first goal from William Cleary but on the stroke of half-time Jerry Kelly finished Ray McCormack’s good work with Borris’ second goal to leave Kilruane ahead 1-14 to 2-5 at the break. By then Borris had lost Dan McCormack to injury and the sides were both a man short, Cian Darcy(Kilruane) and Tommy Ryan of Borris getting marching orders following a dust up just before the break.

Borris enjoyed a great third quarter. Inside five minutes of resuming, they hit five points to Kilruane’s one, narrowing the deficit to two points, but then got caught napping as Seamus Hennessy finished off a neat Kilruane surge with their second goal to give them a six points advantage(2-17 to 2-11) after 39 minutes.

Undaunted Borris continued to exert maximum pressure and with Conor Kenny now a huge thorn in the side of the Kilruane defence, they scored five unanswered points to be just a point behind, 2-16 to 2-17 at the second water break.

For breath-taking excitement, the last quarter would be hard to beat as the sides battled for supremacy but Kilruane’s tenacity meant they always kept their noses in front. They lost Niall O Meara after 53 minutes when three points up but and Seamus Hennessy’s great long-range effort ensured they stayed three clear in the 59th minute. In injury time Borris were awarded a 20m free.

Brendan Maher blasted for a goal but the effort whizzed over the bar and from the puck-out Seamus Hennessy landed another long-range effort for Kilruane to ensure they took the spoils.