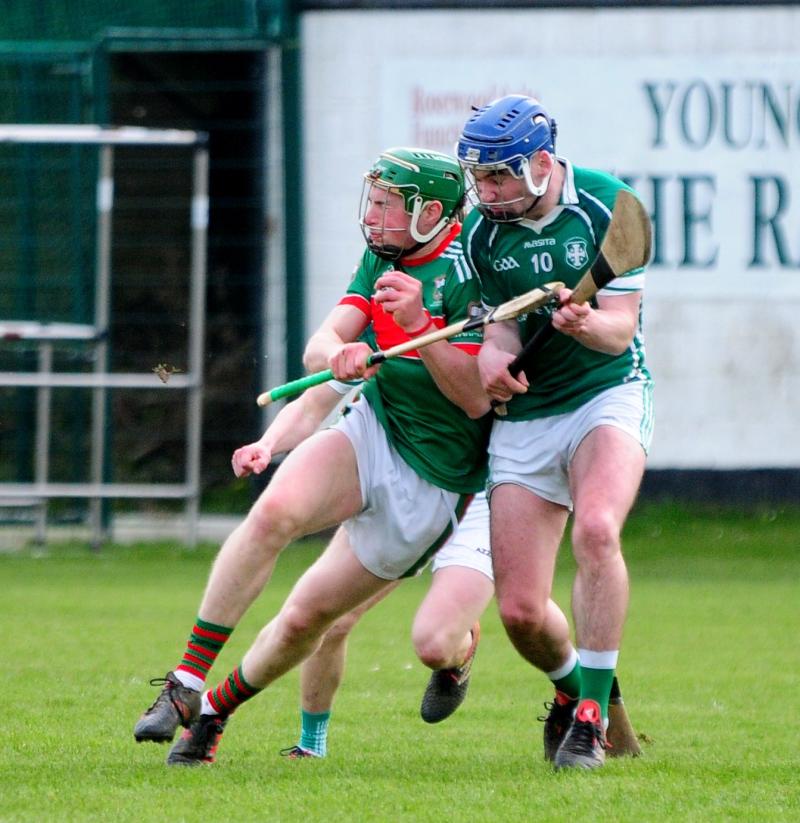 The game was played this evening in Semple Stadium

Loughmore Castleiney brushed aside the challenge of neighbours JK Brackens in the FBD Insurance county senior hurling championship at Semple Stadium this evening in a  tense and close fought game which went right down to the wire.

Indeed, Loughmore Castleiney were forced to clear off the line and defend with real intensity in the closing stages as JK Brackens came in search of scores to get them back into contention. But, they could not find a way through with the magnificent Brian McGrath and John Meagher marshalling the victors defence with great power and skill.

Brackens had led at the first half water break by 0-5 to 0-3 with Lydon Fairbrother and Andrew Ormond points the difference between them.

But, by half time, Loughmore Castleiney had taken the lead and were up by one 0-9 to 0-8, thanks in the main to John McGrath scores.

A goal from Shane Doyle in the 7th minute of the second half put Brackens back in front 1-9 to 0-11, but their lead was short lived. Brian McGrath with two fine scores, Evan Sweeney and John McGrath grabbing scores under pressure to give their side a four point lead at the second half water break.