Clonmel will travel to Bruff in third round 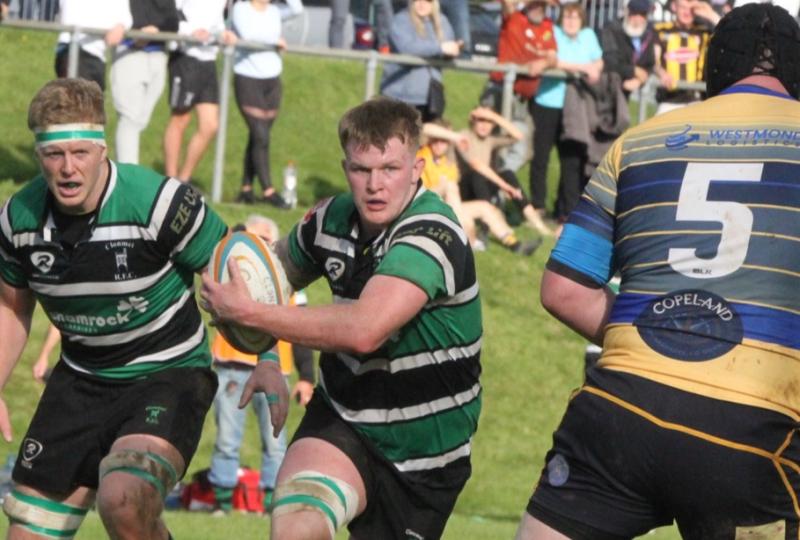 Clonmel head to Bruff RFC in Co Limerick for round three of the Energia All-Ireland rugby league this Saturday, hoping to secure their first win of the league.

While the sun shone brightly and the winds abated in Ard Gaoithe, the stars did not align for Clonmel’s second outing of the league last Saturday.
A 29-13 bonus point victory for the visitors, Bangor RFC, meant Clonmel earned no points from their 80 minutes of endeavour in front of a strong, grateful-to-be-back home support.
Having opened their league campaign the previous weekend with an away trip to Sundays Well in Cork, earning two points from a tightly-contested 17-17 draw in the process, hopes were high that Clonmel could build on that performance in front of their home fan base.
However, Bangor opened the scoring, capitalising on an early penalty and registering three points within the first five minutes. Bangor maintained much of the possession and territory advantage during the first quarter, scoring a try, which was duly converted after 17 minutes.
While the game ebbed and flowed, mostly within the Clonmel half, a well-taken penalty from Aidan Hickey put Clonmel on the scoreboard, which left the half-time score 3-10.
The second half got off to a frantic start, and with the temperature rising on and off the pitch, Bangor again crossed the line to score a second try on 44 minutes. Twenty minutes later Bangor registered their third try, the second to convert, to take a more commanding 3-22 lead.
Heading into the final 10 minutes, Clonmel’s Roland Marki crossed the try line in the corner, giving the home side a major and well-deserved boost and another five points. The conversion was just wide of the posts.
Bangor responded quickly and moved the ball back down the field and within two minutes were back in under the posts for their fourth and bonus point try. The conversion was successful, extending their lead.
The home side registered the final points of the day, with Dean Slattery scoring a late try to wrap up proceedings. with a score line of 13-29 on the day.
It was a good game, albeit a disappointing result for Clonmel, with lots to work on and huge enthusiasm across the camp to build and develop into the season.
After two games, Clonmel lie in seventh position with two points on the ten-team table. Enniscorthy currently sit on the top of the group with a maximum ten points.
Following this weekend's trip to Bruff, Clonmel are back on home ground to host Skerries the following Saturday.