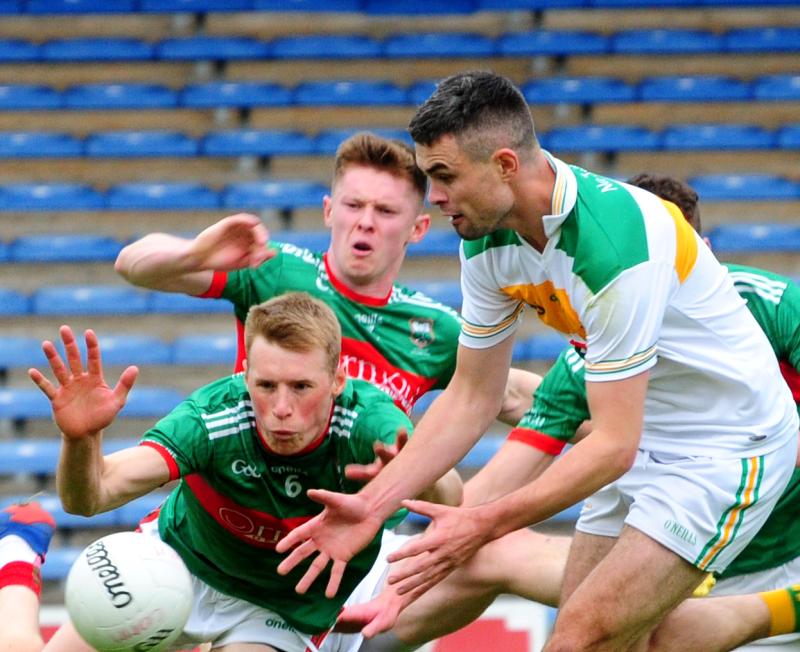 Can Clonmel Commercials complete the club’s first county senior three-in-a-row in 54 years? Or will Loughmore Castleiney secure the first leg of another county senior football and hurling double?
Those are just some of the big questions ahead of Sunday’s FBD Insurance county senior football championship final at Semple Stadium (2.30).
Incredibly, these clubs have shared eight of the last nine titles, Commercials winning five (2012, 2015, 2017, 2019 and 2020) and Loughmore three (2013, 2014 and 2016), with Moyle Rovers claiming the other championship in 2018.
The final is a repeat of last year’s decider, a marvellous spectacle that the Clonmel team shaded by a point (1-16 to 1-15), and there’s every reason to believe that this year’s final will be another close one.
Loughmore won the county senior hurling and football championships eight years ago and another famous double is once more a possibility following last Sunday’s drawn hurling final, which will be replayed on Sunday week, November 28.
Their hurlers and footballers might draw from the same pool of players but that hasn’t stopped them from mounting another major push for honours in both codes this season.
They snatched victory from the jaws of defeat in the football semi-final against Moyle Rovers and had another close shave against Kilsheelan Kilcash in the quarter-final. Last weekend they were eight points down in the first half of the county hurling final against Thurles Sarsfields, yet recovered to force a draw, and with a little luck could have won.
This is a club, a team, that simply never knows when it’s beaten.
Commercials are 4/9 favourites to wrap up their first three-in-a-row at this level since 1967, with Loughmore 9/4 and the draw 15/2.
The Clonmel club had a smooth passage to the last four, where they encountered a stiff test from another mid team, JK Brackens. They looked home and hosed when Sean O’Connor’s goal meant they led by 2-10 to 0-10 with six minutes remaining. However a goal that came out of the blue, scored by Brackens’ Sean Doyle, ensured a nervy finish for Commercials, with a late Conal Kennedy point sealing the win.
In retrospect, that tough examination won’t have done them any harm before they take on a battle-hardened Loughmore. They probably would have preferred a few more difficult obstacles en route to this stage, although challenge games played outside the county in recent months should also have helped with the preparations.
They are hoping that Jack Kennedy, who was helped off the pitch injured in the closing stages of the semi-final, will be available. The experienced duo of Jason Lonergan and Jamie Peters missed the semi-final but are expected to return to what should be a full-strength panel.
Their side, however, is liberally sprinkled with sufficient talent to compensate for the possible loss of any player. Former All-Star Michael Quinlivan, outstanding young gun Sean O’Connor and Colman Kennedy offer plenty of attacking options, while Aldo Matassa has returned to bolster their ranks this year.
Dual star Seamus Kennedy is a real driving force in midfield, a vital link between defence and attack, while Kevin Fahey, Conal Kennedy and Liam Ryan have also been in fine form.
Meanwhile, young players Peter McGarry and Eoin McCarthy provide options on the bench.
The wide open prairies of Semple Stadium should suit them better than the tight confines of Boherlahan, where they contested the semi-final against JK Brackens and the quarter-final against Upperchurch Drombane.
Understandably, as they go in search of their 20th title, Commercials are playing down talk of the three-in-a-row.
It may well be a motivational tool for them but they’ll also be gunning to lift the title as a tribute to their late president John McNamara, the man known as Mr Commercials. A member of the legendary three-in-a-row team from the 60s, he passed away in September.
As a player, manager and selector, John enjoyed many a joust with Loughmore through the years. How he’d relish another final against the mid Tipp team.
That club’s resilience hasn’t waned, despite the passage of time. They kept their dream of winning a 15th football championship alive by staging a dramatic comeback to get the better of Moyle Rovers in the semi-final, a goal from John McGrath fuelling their recovery, before Lorcan Egan’s late point sealed the deal.
John McGrath has been in terrific form for the hurlers and footballers this season, with his brother Noel, cousin Liam McGrath, captain Willie Eviston, freetaker Conor Ryan, Eamon Connolly, John Meagher and Liam Treacy also contributing well.  The third McGrath brother, Brian, missed the semi-final with a broken thumb but started the hurling final, and would be a big addition to the team on Sunday.
Whichever team prevails it’s all set up for another cracking contest.