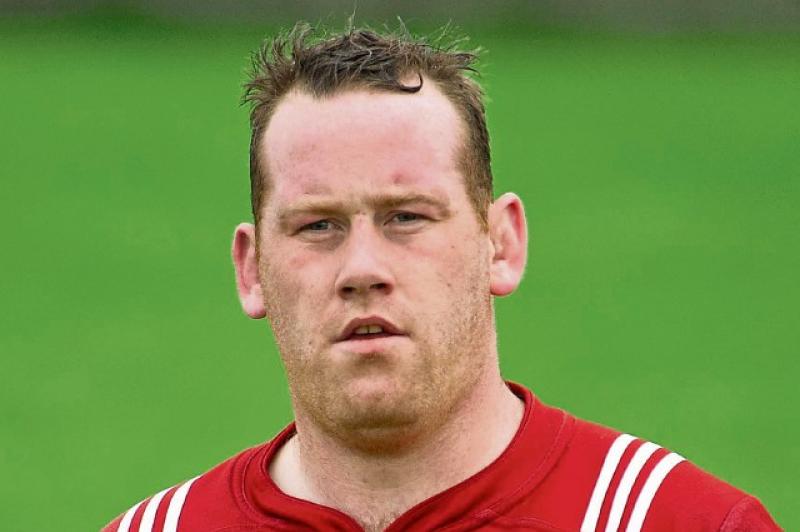 Following their exploits in Belfast two weeks previously, when they defeated table toppers Queens University, Cashel took on the second placed team Ballymena in Round 6 at Spafield on Saturday last.
It was Cashel’s first All- Ireland League game at Spafield this season and attracted a large crowd eager to see their team in action.
Cashel were without a few players through injury, most notably scrum half Josh Pickering, who is having a good season. Cashel looked to the ageless Michael Hickey, who has been a stalwart for Cashel over many years and not only did he turn in a wonderful performance but he was awarded man of the match.
Ballymena were confident, having won their previous four games but were wary. The early exchanges were intense, with Cashel taking the game to Ballymena, aided by the wind. It took them three minutes to register their first score when they drove to the Ballymena line using their attractive offloading game. Ballymena were penalised and Steven McMahon made no mistake with the penalty.
He added another three points two minutes later when the forwards combined to bring play from inside their own half to the visitors’ 22 with a devastating number of passes.
Conditions for the first half were ideal for running rugby and both sides did not disappoint in this regard. Ballymena put their first points on the board on nine minutes and dominated the next eight minutes. When in a dangerous position, Brendan Ryan turned over a vital ball. Ballymena were penalised, Steven McMahon kicked long to the corner. From the lineout Cashel went through the phases and Brendan Crosse drove over for a try. Steven McMahon converted to put Cashel 13-3 ahead.
Ballymena came more into the game and while the exchanges were tough and hard, opportunities were at a premium. Ten minutes before half-time Cashel were penalised and Ballymena narrowed the gap to seven points.

From the kick-off Cashel were in a promising position, winning a penalty on the 22. It was very kickable for Steven McMahon, who had an excellent day with the boot. Unfortunately a touch judge called back play for not wrapping in the tackle and the penalty was reversed.
As the game progressed there were handling errors but no let-up in the intensity. Ciaran Ryan made a wonderful break to bring play to halfway, winning a penalty that was kicked to the 22. The throw was deemed to be crooked and the opportunity lost. The half-time score was Cashel 13 Ballymena 6.
It was a wonderful 40 minutes of top class rugby. Cashel shaded the scrums, both sides ran the ball and the lineouts were evenly matched.
At half-time the heavens opened and a ten-minute downpour changed the dynamic of the game, as the ball was wet and slippery and made handling difficult. However it did not impact on the quality of the game. Four minutes into the second half Cashel were on the attack but a Cashel player was penalised and given a yellow card for what looked like a legitimate handoff. Ballymena ran the penalty and scored a try in the corner to narrow the gap to two points.
The game at this stage was on a knife edge and the next score would be vital. It fell to Cashel when a driving maul from a lineout on the 22 was driven over for Niall Fitzgerald to touch down. The difficult conversion went narrowly wide.
Cashel kept the pressure on and two minutes later a wonderful phase of power rugby by the Cashel forwards reaped a penalty, which Steven McMahon dispatched to put Cashel ten points ahead.
The gap was reduced again to seven points within five minutes when Ballymena kicked a penalty from the 22. With 15 minutes left in the game the Cashel dominance in the scrum was rewarded with a number of penalties. However a seven-point lead is a dangerous one and Ballymena were more than capable of levelling the game at any time. The Cashel pack took over at this stage and completely dominated the last number of minutes. Mikey Wilson made a run and had to be replaced because of a shoulder injury. Eventually the pressure took its toll and Cashel were awarded a penalty, which Steven McMahon kicked to put ten points between the sides. Ballymena had one last chance to rescue a losing bonus point, which they deserved for their contribution to this great game, when they were awarded a penalty 45 metres out. They took a quick tap and brought play to the 22, where James Ryan turned the ball over and the chance was lost.
The final score was Cashel 24 Ballymena 14.
Once again this was a top- quality game. The All-Ireland League is now 30 years in existence. It is the premier club rugby competition in the 32 counties and brings teams of the quality of Ballymena and many others to Cashel, and indeed brings this Cashel team to all corners of the country, where they play with great pride and ability.
Cashel currently play and are most competitive in the third division of five and the team deserves all the support they can get. There is no doubt this competition should get much more exposure and while the professional game gets all the coverage, every player who plays for Ireland or Munster is given his/her first start with a club, and like all sports the club is the foundation on which all sports are built. The amateur volunteers do a very good job.
There were many fine performances on both teams but for Cashel the pack was well on top. The defence was excellent, scrums were dominated and there was a marked improvement in the lineouts. The defence was tight and Ballymena were restricted to one try. It would be unfair to single out any player out of the twenty who lined out. However Michael Hickey deserves special mention, as he did a wonderful job on the day at scrum half.
Cashel play Old Crescent in Limerick this Saturday and that will be another stern test.
Cashel team (1-20). C Ryan (captain), N Fitzgerald, B Ryan, R Moran, B Crosse, C Ryan, J Ryan, M Wilson, M Hickey, C Mullane, O Ó Suilleabhain, C Cashman, A McMahon, R Kingston, S McMahon, J Blair, R Foot, A Butler, F O’Donoghue, D Lyons.