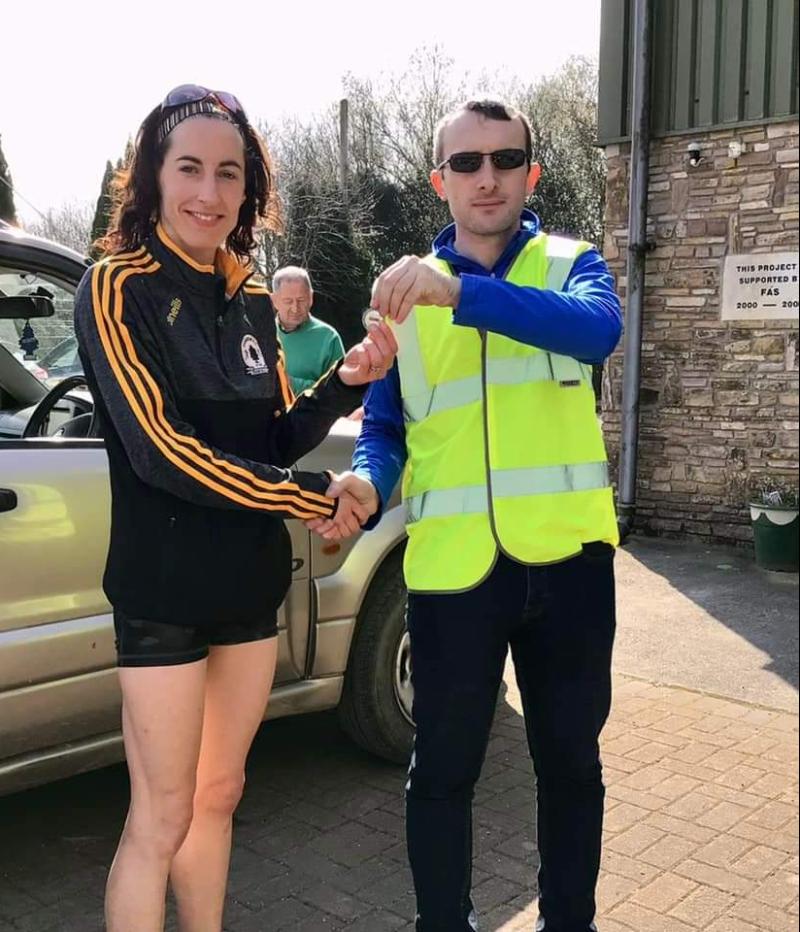 COUNTY JUNIOR AND SENIOR ROAD CHAMPIONSHIPS
The county junior and senior road championships were held on Sunday, March 27 on home turf in Dundrum. It was a glorious day for racing, with clear blue skies.
In the junior race, which was 3km and two laps of the inner loop around the village, we had Millie Kelly running really well to finish sixth junior woman in 12:05.
The women’s race was 5km and was over the BK5K loop. We had nine athletes competing and three teams entered. Dymphna Ryan literally ran away with the race to retain her title of county senior champion in a fantastic new PB of 16:48, a huge 31 secs faster than her previous best. Dymphna was also clear of second place by 1 min 34 secs. This time is more than likely a new record for the county senior women’s race.
Congratulations to Dymphna on an outstanding run. Next we had 6th Aisling Ryan 19:41 who made her debut in these championships and her first 5km race. What an amazing time for her first run. Mary Keane was 10th in 20:38, keeping up her fine form. These three combined to win silver in the section A team event. Next we had 12th Claire Walsh 20:50 making her debut for the club, 13th Karen Coughlan 21:12 and 15th Catherine Fogarty 21:37. These three combined to win gold in the section B team event. Next we had 16th Laura McCarthy Armstrong 21:54, 21st Mairead Julian 23:14 and 22nd Niamh Cleary 23:21. This was Niamh’s debut for the club and her first 5km race. These 3 combined to win bronze in the section B team event.
In the men’s race we had 7 competing over 10km. Kevin Moore put in a fine performance and was with the eventual winner Evan Fitzgerald for the whole race. It came down to a sprint finish and Kevin won silver in 31:22.
Next we had 9th Martin Keane 35:31, 10th Eamonn Morrissey 36:34 and 22nd Michael Ryan 40:10. These four combined to win silver in section A of the team event. Next we had 27th Ruaidhri Devitt 41:34, 30th Jim Hally 42:23 and 32nd Paudie Coen 42:37. These three combined to win bronze in section B of the team event.

MUNSTER JUVENILE INDOOR CHAMPIONSHIPS
The Munster Juvenile Indoor Championships for U9 to U11 were on Saturday last in Nenagh indoor stadium. We had 17 athletes competing and they all gave good performances.
Best performances on the day came in the long jump in the girls U9 Shona Ryan was 5th. In the boys U11 Jesse Julian was 6th and in the girls U10 Julie Morrissey 6th. Harry Julian won his heat in the boys U9 300m, but was out of the medals as all heats were timed.
We had a number of others who did not make the top 10 but competed well such as Harvey Keane in the boys U9. In the girls U10 we had Claire Morrissey, Lilly Heelan, Bella Curling, Caoibhe Hickey and Grace and Lily Bagian. In the boys U10 - Robert Alley and James Bagian. In the boys U11- Daniel Crowe, Micheal Ryan, Aaron Kelly and Sean O’Neill. We had a boys U11 relay team of Jesse Julian, Sean O’Neill, Aaron Kelly and Micheal Ryan, who finished eight of the 18 teams. We had a girls U10 relay team of Julie Morrissey, Claire Morrissey, Shona Ryan and Bella Curling who did well but also finished out of the medals.