A county Tipperary rugby club that doesn't stop even when the season ends! 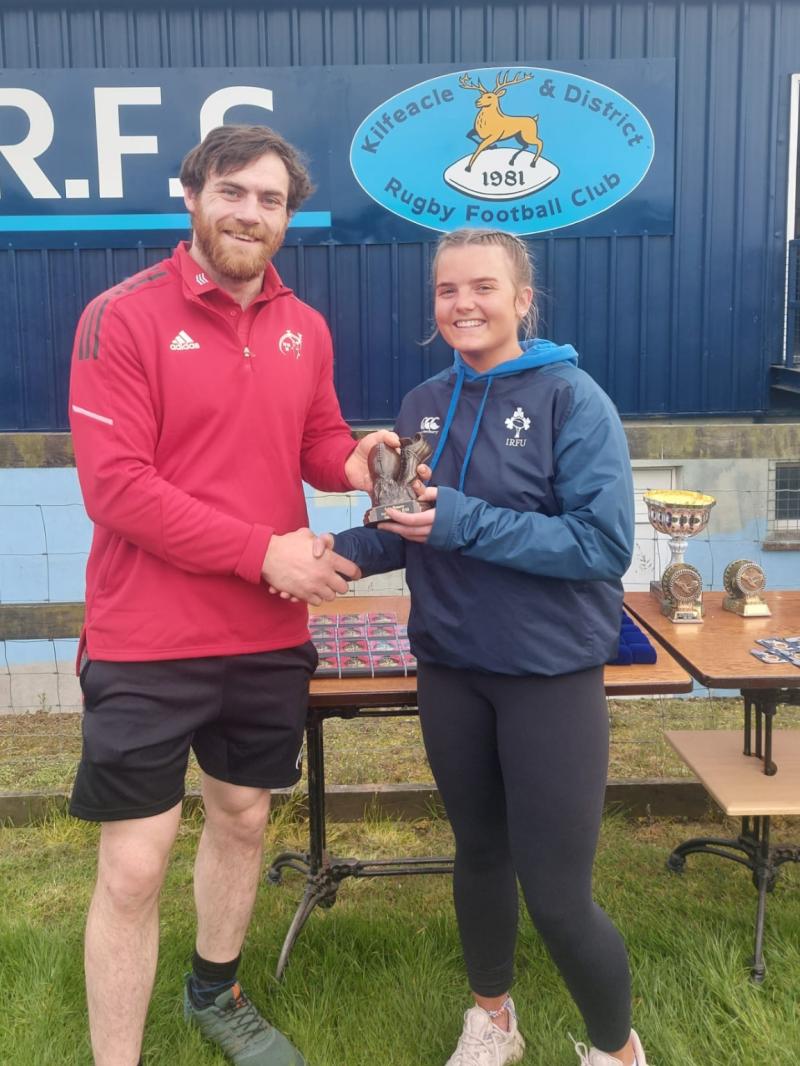 It may be the end of the season at Kilfeacle and District RFC but that doesn’t mean the club has shut down, as it was a very busy weekend.
Our annual Keep it Moving Challenge took place when Golden Kilfeacle GAA Club and Kilfeacle & District RFC hosted the challenge on Saturday, April 30th for 24 hours. All proceeds will be divided equally between Scoil Chormaic, Cashel, Circle of Friends Tipperary, Kilfeacle & District RFC and Golden Kilfeacle GAA Club. A GoFundMe page is set up for this event and all donations are still welcome.
The IRFU Junior Men’s Interprovincial Series 2022 moved into its second round of games, in which Munster moved to the top of the table, with one round of games to be played, after defeating Ulster 39-17 at Tralee RFC. Kilfeacle and District have a vested interest in this year’s tournament, as the team is captained by our own Kevin Kinnane. Kevin is joined by Ricky Whitney.

The final round of games is happening this weekend. Munster Juniors travel to New Ross on Saturday.
Kilfeacle and District were also thrilled this weekend when former minis and juvenile player, Abby Whitney played and scored for Munster when they won the IRFU Under 18s Female 7s interprovincial tournament.
On Friday, April 29, the Kilfeacle and District Juveniles held a presentation ceremony, during which the Under 12 Johnny Woods Cup and medals, Under 14 East Munster Cup and medals and Under 16 Munster Bowl and medals were presented. The club was delighted that former minis and juvenile player and current Under 18s international Kate Flannery was present for the ceremony.
Club president Michael Kenneally spoke about how well the juveniles and minis are performing in the club and thanked all the parents, sponsors and coaches. Michael continued by saying that the fantastic work being done in the juveniles is a reflection of the hard work being carried out by numerous people but he had to single out Shane Luby, director of juvenile rugby at Kilfeacle and District RFC for his unprecedented levels of commitment to the club. Shane’s work has built a juvenile section that is the envy of many other clubs.
On Saturday, May 21 Kilfeacle and District RFC are hosting a night of celebration at Ballykisteen Hotel, marking the club’s 40th anniversary, with the presentation of the All-Ireland cup and Munster Junior League medals, the 1992 Challenge Cup winning team reunion and 2002 Junior Cup winning team reunion. A limited number of tickets are still available from committee members.
Over the coming months Morrissey Park, “The Hill” will be a hive of activity, as the little club doesn’t stop when the season ends. If you want to be part on an inclusive, community-based club then Kilfeacle and District RFC is the place for you.