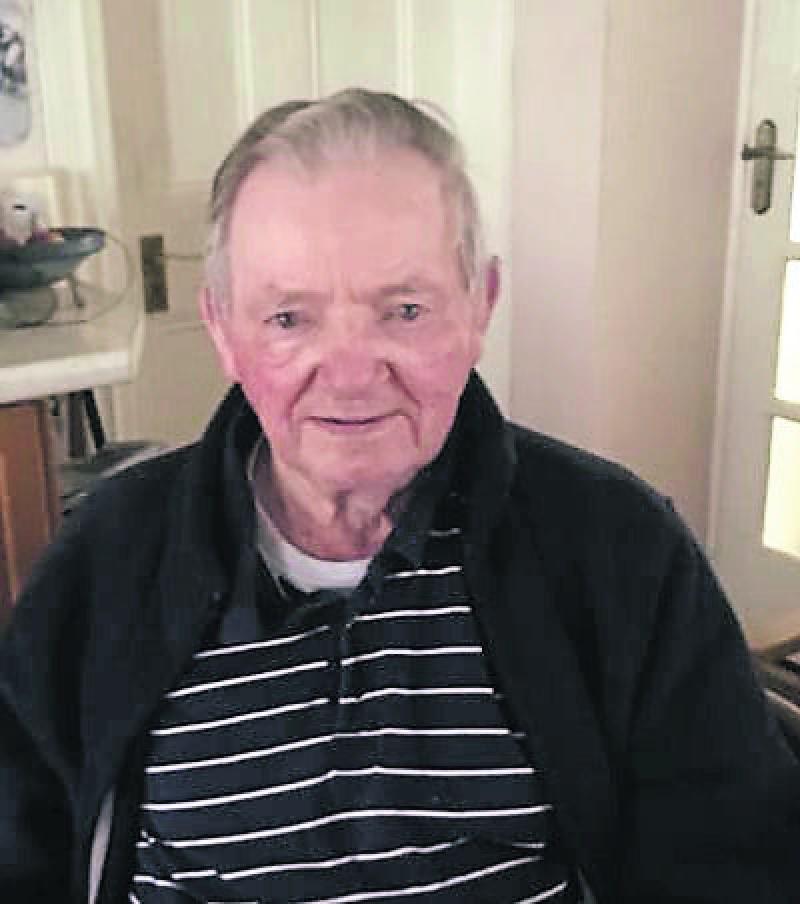 Anthony Broderick was born on the 18th July 1930 to his parents Larry Broderick and Mary Dwyer, as the youngest of 12 - 3 of whom died in infancy.
Although his parents originally hailed from Crosspatrick and Galmoy, Co. Kilkenny, Anthony was born and raised in Killea, Co. Tipperary.
It was here that Anthony shaped his life, growing his family and his farm, and building friendships that lasted a lifetime. He was educated in Killea NS, which is soon to celebrate 125 years in education. The journey to school was one he often made in his bare feet, until he reached the age of 12 and his focus turned to helping his parents on the family farm.
Anthony married his wife, Mary Hennessy, in 1965, and they took over the running of the farm. Through hard work and determination, Anthony and Mary crafted their farm into a sustainable place where they could rear their own family of 9 - 3 boys and 6 girls.
Anthony was a keen horticulturist, winning many prizes for his fruit and veg at local shows, as well as his produce becoming a regular feature on mart day in Templemore. A perfectionist by nature, Anthony always made sure the potato drills were dug with precision and accuracy, sometimes even getting down on his hands and knees to make sure they were straight.
An expert in the horse and plough, Anthony loved his horses, particularly the native Irish Draught - a breed that also earned him many a ribbon at the local shows. However, his pride and joy was his Ferguson 20 tractor, which received a fresh coat of paint, tax and insurance every year, keeping it road worthy until recent times.
Anthony was not political, but maintained an innate sense of morality and faith throughout his life. Always backing the underprivileged or marginalised in society, he supported many charities both locally and at a national level. Quick to speak up if he or anyone else was wronged, Anthony was a loyal friend and neighbour, and was never one to hold a grudge. He often gave tools or machinery on loan to neighbours, or indeed lending a hand, or support in difficult times.
Besides farming, sport was one of Anthony’s greatest interests, most especially his beloved hurling. He trekked all over Ireland with his children to a myriad of sporting events, including GAA matches and athletics; and always encouraged them to be the best they could. His own hurling years were spent with his local club College Hill. However, Anthony never forgot his roots and remained loyal to his parents’ native Kilkenny throughout his entire life. There was great rivalry in the house on match days between Tipp and Kilkenny and if anyone dared speak ill of Brian Cody, Anthony was immediately there to defend his honour. Anthony also loved nature and spent much of his time outdoors.
He enjoyed visiting the bog; and even in his later years ventured down to inspect his plot with the aid of his Zimmer frame, ensuring the turf was stacked to his satisfaction. The lotto was another source of entertainment for Anthony and scratch cards were without doubt his favourite kind of birthday or Christmas present. The National Lottery takings will certainly take a hit in his absence. Weekly card games with his son-in-law Martin were another of Anthony’s favourite pastimes, until his health no longer permitted it. However, Anthony’s greatest interest was in his grandchildren; advising them on his recent 88th birthday to always work hard at school, play sports, treat everyone with respect and to stay interested in the world around them.
After the passing of his wife Mary in 2012, Anthony’s recent years have been somewhat subdued. Family rallied around, and with the help of carers he was able to live at home somewhat independently. However, nothing seemed to fill the void of Mary’s death. In his last year Anthony suffered ill health, but continued to be cared for at home.
Having just come home from a 5 week stay in hospital, Anthony was unexpectantly called to his final resting place just one week later. This has left a huge emptiness in the lives of his family who knew him as a good and loving husband, father, grandfather, brother neighbour and friend. Anthony was well respected in a wider sense also, and this was reflected in the large crowds that attended his funeral Mass.
Anthony; for now, we bid you adieu but our wish for you is that,
May the road rise to meet you,
May the wind be at your back,
May the sun shine warm upon your face,
May the rain fall softly at your feet
Until we meet again.
May you keep safe
In the gentle loving arms of God.