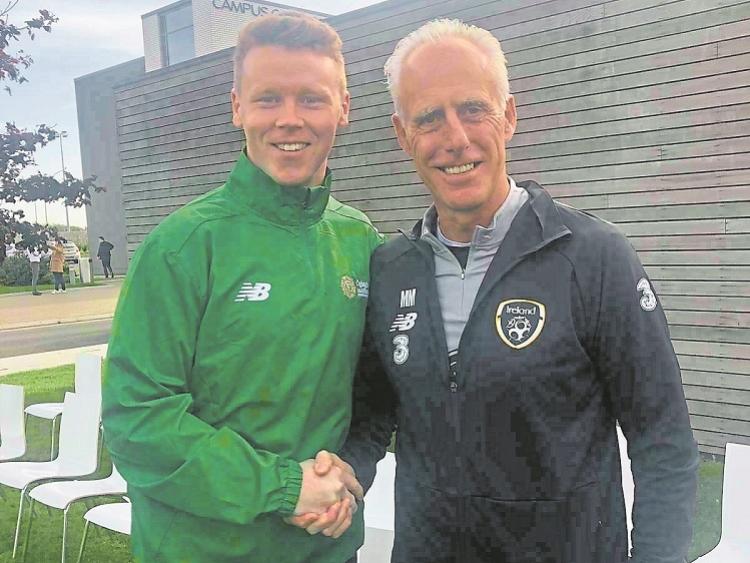 The Irish Defence Forces set off to the Chinese city of Wuhan to compete at the World Military Games last week.
It is a great delight to see that Sean Patrick Guerins, Priory Place, Templemore has the honour of being captain of the Irish football team competing at the Games. Son of Pat and Alice, Sean plays for FAI Junior Cup champions St Michael’s in Tipp Town.
The Irish team began their group against Algeria on Wednesday before facing the US and Qatar and as of Sunday October 20 have qualified for the Quarter Finals.
The group met Ireland senior manager Mick McCarthy at the FAI’s National Training Centre before they departed, and he sent them on their way saying that he “has confidence the boys will get the results we’re looking for”.
Good luck Sean, fingers crossed and we hope to see the team qualify for the semi’s and ultimately the World Finals.