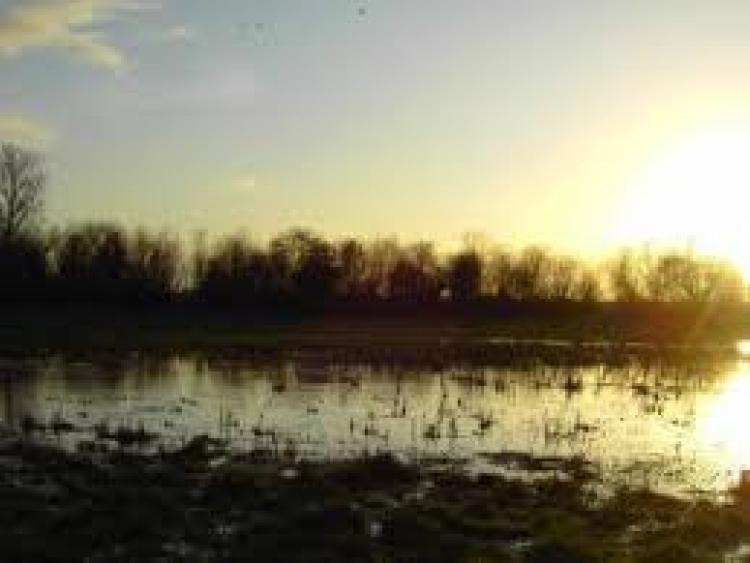 Much of our archaeological heritage has been recovered from deep pools into which objects of value were thrown as votive offerings or part of a burial ritual.

In Tim Robinson’s seminal trilogy on the life and lore of Connemara, he titles one of the volumes The Last Pool of Darkness.
Tim, one of the great pioneers of the Irish landscape, passed away recently from Covid 19-solas na bhflaitheas dó. The deep pool, be it in bogland or part of a river system has been a source of wonder for Irish people since time began.

Much of our archaeological heritage has been recovered from deep pools into which objects of value were thrown as votive offerings or part of a burial ritual.

The name of our capital city translates as the black pool, An Linn Dubh. One of the most famous Celtic bog bodies, Lindow Man, an Irish Celtic chief from county Wicklow was found at the bottom of a bog pool at Lindow Moss outside Liverpool with the triple marks of a sacrificial killing. However it is not only humans that are dispatched in black pools. The waters of the pond at Cabragh hold plenty of intrigue with many of its creatures remaining fully active throughout the year.

Surrounded as it is by yellow flag, valerian, purple vetch and stitchwort, the placid waters on a summers’s evening throb with life with some insects walking on water, others in a manic dance on the surface while more row down to the depths. It all gives a deceptive appearance under a reddening shepherds’ sky. The bobbing heads of water hens moving across the still water could not be more deceiving.

The law is eat or be eaten. Danger is everywhere, the food chains are similar to dry land, only the characters are different. This is a predatory underworld inhabited by creatures that terrorise the rest by stalking them to death. They penetrate the hides of other creatures and systematically suck them dry.

Those above the water are particularly insidious because they look somewhat harmless. Take for instance the pond skater. As elegant as a ballet dancer as it skips across the pond with its splayed legs and pencil thin body supported by just a narrow film of surface tension, it preys mainly upon insects that become waterlogged cutting short their drowning with a lethal incision of its jaws.

Floating just below the surface but with the same unsympathetic outlook towards struggling insects is the water boatman. He is keel shaped with legs that stick out like oars and when he moves in the pond you see why the name is so apt. Holding the air bubble on its front, it swims using a back stroke which means that its mouth faces upwards. It makes a meal of everything from drowning insects to aquatic colleagues including water fleas and sometimes small fish.

The scariest of the underwater assassins is the water scorpion with its long tail which is really a breathing tube. It has pincers that hold any victim long enough for the mouth to finish it off. Water scorpions are slow moving creatures that lie among the mud and weeds ambushing whatever bumbles past.

Not all the pond bugs are murderous. The lesser water boatman closely resembles the O Donovan brothers by “pulling like a dog” the right way up. They eat nothing more than algae and pond debris. It often dives below the surface breathing from the bubble of air it holds to its chest. However the larvae of the dragonflies are also intimidating killers so all in all it is a wonder that any insect dares to live underwater at all.

If you stand at the pond’s edge in Cabragh and gaze into the water you may well catch sight of the three spined stickleback as it patrols its area. The spines can be raised and locked in place making the fish a prickly mouthful for any predator. In suitable habitats, they vie with each other to attain territory and consequently are well spread out. They have a bright red throat and blue eyes. They court females and lead them to the nest by performing complicated zig-zag dances.

Sticklebacks are unusual because they build nests made of fragments of weeds and glued together by kidney secretions. Like sea horses, it is the male who provides parental care.
Cabragh Wetlands is open for business with all the safety features in place as witnessed by a lovely outdoor gathering the other Sunday evening.

We thank them for their generosity - Cabragh Wetlands does not run on fresh air and like all other voluntary organizations this year is posing its own difficult challenges.
Stay safe-wash your hands.