Cabragh Wetlands - The busy sprite is full of energy 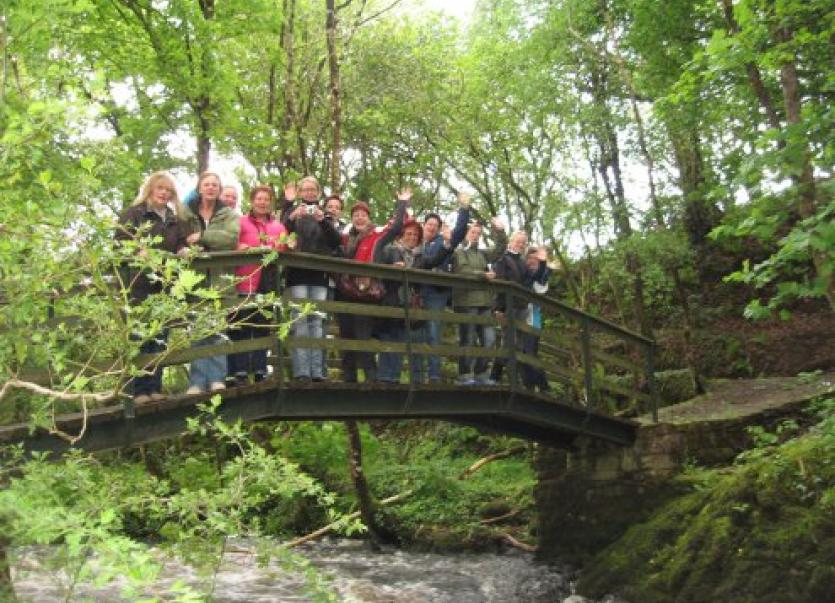 People out and about enjoying the weather

As May draws to a close, hedges and thickets become impenetrable and magpies experience greater and greater difficulty in finding unguarded nests to plunder.

I hope you are reading this in bright warm sunshine which would be in direct contrast to the conditions in which it is being written.

I have been in the hide most of the week where the only movement has been the drip drip of rain on the newly emerging leaves.

This summer foliage is exploited as cover for hiding by dozens of species that seek to raise their young within trees or bushes or on the ground among grasses and other low plants.

As May draws to a close, hedges and thickets become impenetrable and magpies experience greater and greater difficulty in finding unguarded nests to plunder. One of the factors that permits this quick growth of leaves is the increased length of day in summer. Thoughout May, June and July the sun is above the horizon for over fifteen hours a day and these long days give birds plenty of time to forage both for themselves and large growing families.

Although we are used to birds visiting our feeders with particular frequency during cold weather, that is just a snapshot of reality. The amount of time that the smaller species spend looking for food is scarcely believable. With the great tit, 75% of its waking hours are taken up with this task, for the blue tit it is 85% and the coal tit 90% while the smallest of our birds, the goldcrest, spends literally all day feeding.

Since many catch their only sight of these birds on feeders we might detect the dominance relationships between different species. In a flock in a woodland, scientists have found that the great tit is a victim of a supplanting attack on average five times every hour throughout the day, the average blue tit is harassed fifteen times every hour and the poor hard-pressed coal tit twenty three times an hour-once every three minutes or so. All these skirmishes take up time and energy.

As I watch the drops strike the water of the ponds in Cabragh, a million drops creating a million vanishing circles, washing away the stress, I am lulled into a type of stupor. As I stare at the forty shades of green in front of me, a series of flitting movements catches my attention. Blue tits are creeping busily in the branches foraging for caterpillars and aphids. Inside the dome of new leaves the colour and pattern of these tiny birds is exactly right for camouflage in a late spring tree.

The yellow belly is just the colour of filtered sunlight, the blue primaries and tail feathers with the grey underside for the flashes of May sky and cloud. The olive green back and shoulders are for the shaded background of moss, ferns and leaves, a neat blue-black eyestripe for the pattern of light and shade between leaves.

May and June are a busy time for blue tits as they work energetically to rear their young. The female has generally built the nest on her own spending two weeks taking moss from lawns etc. When the mossy cup is built and lined with soft wool and feathers, roots and spiders’ webs she will lay one egg per day for the next two weeks producing almost her own weight in eggs. She removes feathers from her belly to create a warm transfer of heat to cosy her eggs.

After two weeks of incubation, the clutch of white speckled eggs is ready to hatch. With all the cold and wet weather we have been experiencing, there might be fewer food items this year, presenting an even greater challenge. Shortly now the parent birds shall have finished their task and near to the nest they they will trill to urge the young to emerge. The youngsters will poke out their heads ready to fly one by one.

Each breeding pair is generally composed of one adult bird at least twenty one months old and one young bird of about nine months. One half of each breeding pair dies each year. Only one youngster needs to be reared each year to sustain the population and in fact there is a 90% mortality rate mainly due to starvation - there is no room for anyone not in first rate condition.

Cabragh, even on the wettest of days can delight the eye. Soon the refurbished hide with its panoramic view of the whole wetlands will be available thanks to our Heritage Officer and our dedicated team of Fás workers.
You can become up close and personal with “that giddy sprite/blue cap with colours bright”.
Hold firm!