Cabragh Wetlands: The Cosmic Walk and its impact 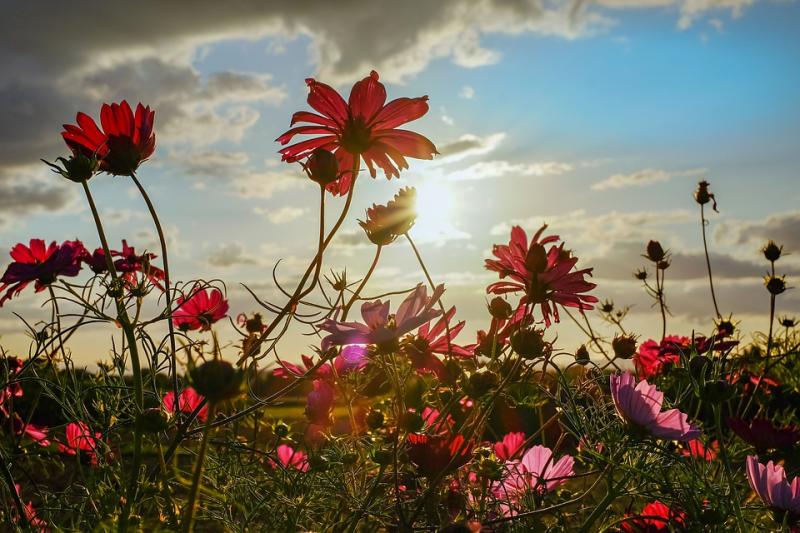 The Cosmic Walk and its impact at Cabragh Wetlands

If we allow the appropriate food to grow the birds will come.

Miriam McGuillis did us all a favour when she came up with the idea for a Cosmic Walk.

Her good friends Thomas Berry a Cultural Historian and Brian Swimme a mathematical cosmologist had been presenting workshops together for some time.

Eventually in 1992 they brought all their experience, and expertise together is a book called ‘The Universe Story, From the Primordial Flaring Forth to the Ecozoic Era. A Celebration of the Unfolding of the Cosmos’Miriam, who founded and still runs Genisis Farm in New Jersey, is a very creative person. She wished to make what can be very complicated information accessible to people. Just picking up the book can feel intimidating; it is a large book with plenty of detail. The two men in writing it wanted to make the information accessible to people but Miriam was more in touch with the average person.

All three worked on different aspects of Ecology Spirituality, and all shared the concern that we need to pay more attention to the world about us. To pay attention to what was happening to the web of life, and in particular the plight of so many species with whom we share this planet. For Mariam her particular interest is Earth Literacy. The importance of being familiar with the world about us, and to try to better understand how we can be a positive presence within the web of life.

Miriam agreed very much with Thomas Berry’s concern that Western culture was without a Creation Story. A story which places us within the web of life, looking out to the world rather than looking in at nature. After all we are nature too; we are but a strand in the web of life as Chief Seattle reminded us many years ago. As one interdependent species among many we too depend on the world about us for sustenance. We would not draw our next breath but for plants giving us Oxygen. We are more aware now of the trillions of microorganisms in the soil working away breaking down organic matter. This allows the released nutrients to be taken up by the next generation of plants.

As Miriam brought her creative energy to the task she recognised the opportunity to create something from the insights of the work of Thomas and Brian. Never wanting to get bogged down in detail Miriam would sometimes say ‘just get a sense of it’ that attitude helped her work through the detail of the work as presented by Thomas and Brian. Her desire all the time to make what can appear to be complicated information accessible to people.

After much time and energy Miriam came up with the idea of the Cosmic Walk. Taking a journey through time, while telling the story of the unfolding Universe. Earth and the emergence of life on Earth. A compelling and absorbing story of energy to life and ever greater diversity of life. At the end of this very long 13.8 Billion year journey an extraordinary process, we humans emerge. Home Sapiens the wise ones, the ones who know we know.

Stories are for telling and our Evolutionary Story is certainly worth the telling and re-telling. It offers us a new perspective on what it means to be human within the context of the web of life.

As our eco-system, comes under increasing stress it is more urgent that we understand our story. To have a sense and appreciation of our rights and responsibilities within the web of life.

With this in mind some years ago we set about constructing a Cosmic Walk here at Cabragh Wetlands. It has to be said that creativity once again came to the rescue in the form of Liz and Philip Quinn of Stonemad, Holycross. We now have a version of the Cosmic Walk here at the Wetland that we can rightly be proud of. Our Ecological challenges are daunting at this time and it us understandable that people walk away, overwhelmed by the sheer scale of it. Our Creation story as we understand it now offers us a way to appreciate the world about us through new eyes.

Yes a lot of damage has already taken place, especially over the past half century. In our defence we can claim lack of awareness. However we are more aware than ever that our environment is fragile and it has limits. We also have a deeper appreciation of the benefits of a healthy environment. This poses the challenge now that we are more aware, what actions can we take?

As I write this the Knapweed which grows abundantly in our uncut lawns in now going to seed. These seeds are much loved by Goldfinch and these days we have flocks of them feasting on the ripening seed. It is a simple demonstration, if we allow the appropriate food to grow the birds will come!
To be continued.